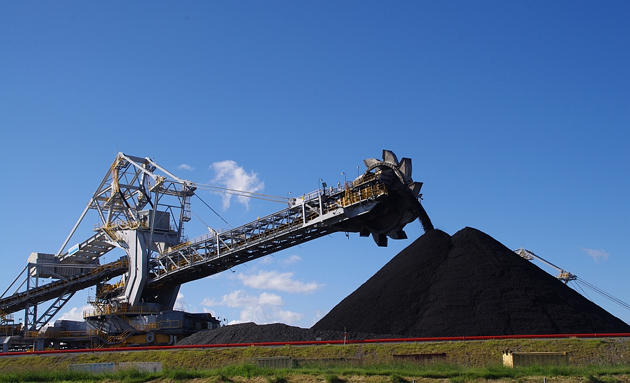 Federal coffers are missing out on what could be billions of dollars in lost revenue due to shoddy accounting work by the office that handles leases for coal mines on public land, according to a report made public today by the investigative arm of Congress.

The Government Accountability Office was asked by Senator Ed Markey (D-Mass.), a stalwart climate hawk, to look into whether the Interior Department’s Bureau of Land Management routinely sells leases to coal mining companies for far less than their market value. Investigators found that BLM agents in Wyoming (by far the country’s largest coal producer) set prices based on coal’s historic value, but, in contradiction of the department’s own rules, fail to take into account how much it will likely be worth in the future. Similar problems were found in other coal-producing states. As a result, the GAO report claims, many leases were sold far beneath their true market value, depriving taxpayers of additional royalties (which, as it stands, come to about $1 billion per year) that are normally skimmed from the mines’ profits.

“As a net result, the public is getting screwed,” said Tom Kenworthy, an energy analyst at the Center for American Progress who has kept tabs on Interior’s longstanding problems with coal lease valuation.

“As a net result, the public is getting screwed.”

That the leases are selling for less than they’re worth seems clear; what’s less obvious is exactly how much money is at stake, since the values were never properly set in the first place (the GAO report doesn’t specify a number). A 2012 analysis of federal lease records by former New York State Deputy Comptroller Tom Sanzillo for the independent Institute for Energy Economics found that undervalued coal leases cost the Treasury $28.9 billion in lost revenue since 1983, or almost $1 billion every year. Meanwhile, analysis by Senator Markey’s office put the figure at $200 million, although a spokesperson would not specify the time period to which that applied, as the underlying data are considered proprietary to the Interior Department, he said.

Since 1990, the federal government has leased 107 parcels of public land for coal mining; these parcels typically account for 25-40 percent of the roughly one billion tons of coal produced annually nationwide. That adds up to a massive carbon footprint: Fossil fuels produced on public land create roughly a billion metric tons of greenhouse gas pollution every year, about as much as 285 coal plants.

The GAO report found that one of the main shortcomings with the BLM’s appraisal process, which takes place behind closed doors and isn’t subject to any independent review, was that it didn’t account for higher revenues that could result from U.S. coal being shipped overseas. As the Obama administration cracks down on carbon pollution from coal plants, coal producers are sending more of their product abroad, primarily to China and other Asian countries, where it fetches a higher price than it does domestically. Big Coal stands to benefit massively from a series of hotly-contested shipping terminals in the Pacific Northwest that could be built in the next several years; without taking those future revenues into account, coal appears to be worth much less.

The problem is not helped by the fact that only 10 percent of the “auctions” for coal leases actually see more than one bidder, since most of the parcels are adjacent to pre-existing ones; the company already there places a bid and others keep away. Thus, a company can simply bid until it reaches the minimum set by BLM, and not have to face normal market competition that would drive the price higher. At the same time, the longstanding royalty rate for coal (12.5 percent of the value of what gets dug up) is far below the 18.75 percent charged to offshore oil and gas drillers, further chipping into potential revenues and incentivizing the dirtiest source of energy.

This isn’t the first time BLM’s leasing practices have come under fire: The Interior Department’s own Inspector General issued a report last summer that said the bureau’s “weaknesses” put the government “at risk of not receiving the full value for coal leases.”

A spokesperson for Interior would not comment on specifics but said in a statement that BLM “has already begun implementing a number of reforms designed to…ensure that the program is obtaining a fair return to the public for Federal coal resources.”

Of course, Kenworthy added, the appraisal process also doesn’t at all consider the social costs of coal consumption (read: climate change and health impacts). Sixteen coal leases have been sold since President Obama took office. “The administration needs to face up to the disconnect between an ambitious climate plan,” Kenworthy said, “and these coal lease sales.”