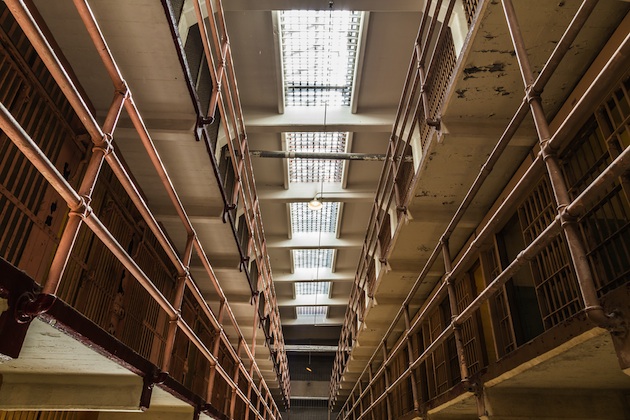 A new Justice Department study shows that allegations of sex abuse in the nation’s prisons and jails are increasing–with correctional officers responsible for half of it–but prosecution is still extremely rare.

The report, released today by the Bureau of Justice Statistics, takes data collected by correctional administrators representing all of the nation’s federal and state prisons as well as many county jails. It shows that administrators logged more than 8,000 reports of abuse to their overseers each year between 2009 and 2011, up 11 percent from the department’s previous report, which covered 2007 and 2008.

It’s not clear whether the increase is the result of better reporting or represents an actual rise in the number of incidents.

Allen Beck, the Justice Department statistician who authored the reports, told ProPublica that abuse allegations might be increasing because of growing awareness of the 2003 Prison Rape Elimination Act.

“It’s a matter of speculation, but certainly there’s been a considerable effort to inform staff about the dangers of sexual misconduct, so we could be seeing the impact of that,” said Beck.

The survey also shows a growing proportion of the allegations have been dismissed by prison officials as “unfounded” or “unsubstantiated.” Only about 10 percent are substantiated by an investigation.

But even in the rare cases where there is enough evidence to prove that sexual abuse occurred, and that a correctional officer is responsible for it, the perpetrator rarely faces prosecution. While most prison staff shown to be involved in sexual misconduct lost their jobs, fewer than half were referred for prosecution, and only 1 percent ultimately got convicted.

Roughly one-third of staff caught abusing prisoners are allowed to resign before the investigation comes to a close, the report concludes, meaning there’s no public record of what exactly transpired and nothing preventing them from getting a similar job at another facility.

“These findings point to a level of impunity in our prisons and jails that is simply unacceptable,” said Lovisa Stannow, Executive Director of Just Detention International, a prisoner advocacy group in California. “When corrections agencies don’t punish or choose to ignore sexual abuse committed by staff members–people who are paid by our tax dollars to keep inmates safe–they support criminal behavior.”

The lack of punishment may deter inmates from reporting. When the Justice Department has surveyed inmates directly, as opposed to the administrators that oversee them, the reports of abuse have been far greater. A 2013 survey estimated that more than 80,000 prisoners had been sexually victimized by fellow inmates or staff over a two-year period, roughly five times the rate reported by administrators.

“Inmates don’t report because of the way the institution handles these complaints: they’re afraid if they do report, then the staff will retaliate,” said Kim Shayo Buchanan, a law professor at the University of Southern California who studies the issue. “Even if you report and they believe you, which they probably won’t, the most likely thing to happen is that the person will be suspended or maybe fired.”

Calls for comment to the Federal Bureau of Prisons and the Association of State Correctional Administrators weren’t immediately returned.