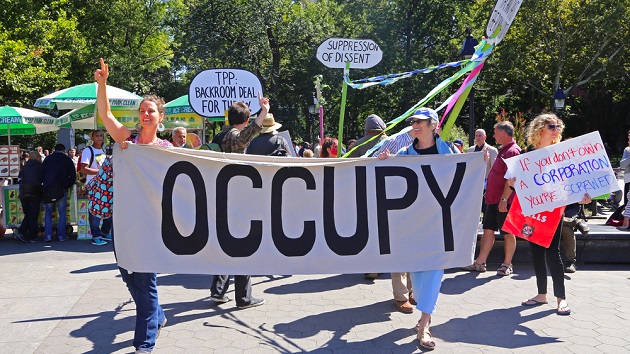 From the Moral Majority to the Tea Party, we tend to think of those on the political right as driven by deep moral convictions. Much of the reason involves the right’s strong connection with fundamentalist religiosity, and the accompanying rhetoric about “moral values.” Indeed, conservatives have made a habit of accusing liberals of being “moral relativists,” even as psychological research paints liberals as more tolerant of uncertainty and nuance than conservatives, and more open to new experiences and ideas. That certainly doesn’t sound like the psych profile of a moral crusader.

Maybe, though, the moral motivations of liberals have been underestimated. That’s the upshot of a new political psychology study by Linda Skitka of the University of Illinois-Chicago and two colleagues. The researchers conducted a meta-analysis of 21 separate studies examining the differing moral investments of the left and the right. And they found that overall, liberals showed just as much moral conviction as conservatives—albeit on very different political issues.

The 21 studies in question had much in common: All of them asked participants how much their stances on a wide variety of political issues were “based on moral principle,” “deeply connected to [their] beliefs about fundamental right and wrong,” “a moral stance,” and other related questions. All the studies also asked participants about their political ideology.

Crunching together this large body of similar research, Skitka and colleagues didn’t find much convincing evidence that conservatives feel more morally righteous than liberals do. For instance, in total the 21 studies examined the moral commitments of liberals and conservatives on 41 separate political issues, from drug policy to the Israel-Palestine conflict. But on the large majority of those issues—28 of them in all—liberals and conservatives showed about the same level of moral conviction. Of the remainder, conservatives felt more strongly about 7 issues (immigration, abortion, states’ rights, gun control, physician-assisted suicide, the deficit, and the federal budget) and liberals felt more strongly about 6 issues (climate change, the environment, gender equality, income inequality, healthcare reform, and education).

Different levels of moral conviction from left to right might tell us a lot about how particular issues play out, then (think abortion). But there’s wasn’t a very big difference in moral conviction overall.

When Skitka and her colleagues examined a subset of the studies that involved political engagement (activism, voting, and so on), meanwhile, they also failed to find a major left-right difference. In other words, liberals and conservatives were equally likely to be driven, by their moral convictions, into overt political actions such as activism or voting.

None of which is to suggest that when it comes to moral politics, liberals and conservatives are just two sides of a coin. Prior research, for instance, suggests that conservatives are more likely to believe in moral absolutes than liberals are. And as already noted, the two sides are not always equally fired up about a given issue: Thus, the zeal with which the right attacks, say, government spending is not matched with equal zeal on the left aimed at defending it.

Finally, much research has suggested that the basic moral systems of the left and the right are very different. If you follow George Lakoff, liberals have a “nurturant parent” morality, centered on caring and empathy, as opposed to conservatives’ “strict father” morality, centered on rules and obedience. If you follow Jonathan Haidt, meanwhile, then liberals feel strong moral convictions about issues involving harm and fairness, whereas conservatives root their morality in authority, tribalism, and even emotions of disgust.

There’s no reason to doubt that these differences are real. But the new study suggests that in spite of them, both the left and the right can get very fired up about politics. And when they let their deep-seated moral emotions drive their political views, they may do so with equal zeal.