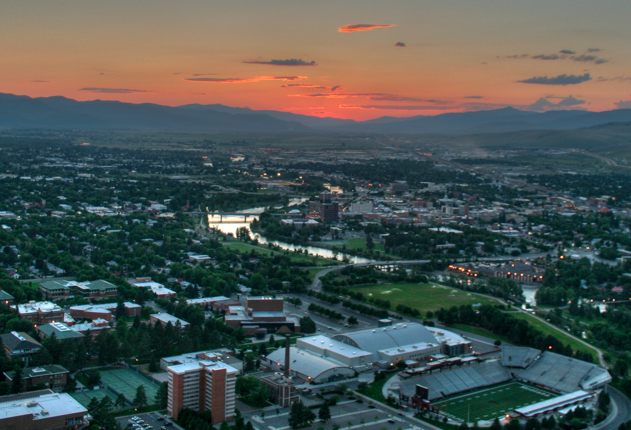 On Friday, the Department of Justice sent a letter to the Missoula County Attorney’s Office in Montana, alleging that it has found “substantial evidence” that prosecutors there systematically discriminate against female sexual-assault victims. According to the DOJ, the office considers sexual-assault cases involving adult women a low priority, often treats these victims with disrespect—quoting religious passages to one woman who reported assault, in a way that made her feel judged—and declines to prosecute some cases in which it has confessions or eyewitnesses, including a case in which Missoula police obtained incriminating statements from a man who admitted to having sexual intercourse with a mentally ill woman, who had asked him to stop.

“We uncovered evidence of a disturbing pattern of deficiencies in the handling of these cases by the County Attorney’s Office, a pattern that not only denies victims meaningful access to justice, but places the safety of all women in Missoula at risk,” wrote Acting Assistant Attorney General Jocelyn Samuels for the Civil Rights Division, in a statement on Friday.

In a statement emailed to Mother Jones on Saturday, Missoula County Attorney Fred Van Valkenburg wrote, “I think that everything the DOJ is saying about our office is false. These people are as unethical as any I have ever seen. They obviously have a political agenda they want to push and the truth does not matter to them.” Van Valkenburg also told The Missoulian, “There was no effort whatsoever by the DOJ to in any way inform me before they made this thing public.” (A Justice Department spokeswoman told Mother Jones on Saturday that it has reached out to the Missoula County Attorney’s Office “more than a half-dozen times over the past 21 months in an attempt to reach an amicable resolution.” She added, “We remain confident in the integrity of our findings.”)

Attorney General Eric Holder launched its federal investigation into how Missoula authorities handle sexual-assault cases in the spring of 2012. Last year, following the investigation, the Justice Department recommended that the University of Montana and the Missoula Police Department beef up resources to combat rape, and entered into agreements with both offices. In December 2013, the DOJ recommended that the Missoula County Attorney’s Office enter a similar agreement. But since the Justice Department never issued a findings report for the prosecutor’s office—like it did with the university and the police—Van Valkenburg said there wasn’t sufficient evidence of wrongdoing to justify the demands. He also claimed that DOJ was overstepping its legal authority. This month, he declared that he was taking legal action against the DOJ, rather than make changes required by the settlement. Now, the Justice Department has released those findings, noting that the prosecutor’s office failed to provide documents, information, or access to staff during the investigation.

A prosecutor allegedly told the mother of a five-year-old girl who’d been sexually assaulted by an adolescent that “boys will be boys.”

According to the Justice Department’s letter, in one instance, a deputy county attorney in Missoula allegedly quoted religious passages to a woman who’d reported sexual assault “in a way that the victim interpreted to mean that the Deputy County Attorney was judging her negatively for have made the report.” In another case, the Justice Department spoke to a woman whose daughter was sexually assaulted, at the age of five, by an adolescent boy, who was sentenced to two years of community service for the crime. A prosecutor handling the case allegedly told the mother that “boys will be boys.” Another sexual-assault victim discussing prosecution options was allegedly told by a deputy county attorney, “All you want is revenge.”

The Justice Department reported that some women claimed they declined to pursue prosecution because of negative reports they’d heard about the prosecutor’s office. A young woman who was gang-raped as a student at the University of Montana allegedly told the DOJ that her friend decided not to report her own rape to the police or prosecutors after hearing about her experience dealing with the prosecutor’s office. In another case, a clinical psychologist who had counseled numerous sexual-assault survivors in Missoula allegedly told the Justice Department that after she, herself, was sexually assaulted, she was reluctant to have her case prosecuted, given the “horrendous” stories she’d heard.

In one case, a man  confessed to  raping a woman while she was unconscious. The prosecutor didn’t bring charges, citing “insufficient evidence.”

The Justice Department also determined that, after a review of police files, “in some cases…Missoula Police officers had developed substantial evidence to support prosecution, but [the office] without documented explanation, declined to charge the case.” According to the DOJ, in one case, police obtained a confession from a man who admitted to raping a woman while she was unconscious, and recommended that he be charged with rape and car theft. The prosecutor’s office allegedly declined to bring charges, citing “insufficient evidence.” In another case, a man admitted to having sex with a mentally ill woman, and said that at some point she asked him to stop and said that he was hurting her—but he wasn’t sure when he’d stopped. The police also recommended rape charges in that case, and the prosecutor declined to bring charges, according to the Justice Department. The DOJ determined that the prosecutor’s office declined to prosecute “nearly every case” involving nonstranger assaults on adult women who had a mental or physical disability, or who were intoxicated by drugs or alcohol.

The Justice Department noted that the prosecutor’s office has made some recent improvements to the office, including requiring deputy county attorneys to attend sexual-assault prosecution training sessions. But the DOJ said that the office still needs to make the “commonsense” improvements it recommended in December. Van Valkenburg told The Missoulian over the weekend that he plans to proceed with his lawsuit and “DOJ should respond to our lawsuit, rather than try to poison the well with this stuff.”? He also told Mother Jones the following in January: “The Missoula Police Department and our office have done a very good job of handling sexual-assault allegations regardless of what national and local news accounts may indicate.”

You can view the full DOJ letter here: