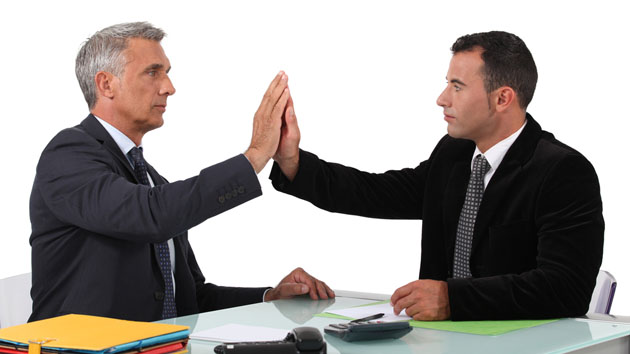 The trouble all stems from a single contribution made during the 2012 election. On October 7, 2012, oil giant Chevron donated $2.5 million to the Congressional Leadership Fund (CLF), a super PAC tied to John Boehner and House Republicans that spent almost $10 million in 2012, largely on ads attacking Democratic House candidates.

That raised the ire of Public Citizen, a liberal consumer advocate group. In a complaint sent to the FEC last year, Public Citizen and a handful of other groups claimed that Chevron and CLF violated a federal law (referred to as pay-to-play) that bans any corporation that holds a contract with the federal government from contributing to a political campaign. The complaint was sent after Public Citizen checked a public database of federal contractors and noticed that Chevron was listed as working with the government. Last week the FEC dismissed those complaints with an argument that could create a loophole a million dollars wide for other companies to exploit.

By any normal sense Chevron Corporation and Chevron U.S.A. look like the same company. Chevron USA is a subsidiary of the brand name company. Chevron Corporation owns a 100 percent stake in Chevron U.S.A. They share the same CEO and list the same mailing address. They may have different staffs and work on separate projects, but anyone might view that as separate projects housed in the same larger entity. “This is a distinction without a difference,” says Craig Holman, government affairs lobbyist at Public Citizen.

The FEC dismissed those similarities. The commission hasn’t released its full decision yet—that should become public within the next few weeks—but last week Public Citizen published a letter it received from the FEC that explains its reasoning. Per the FEC, it doesn’t matter that both companies are headquartered at the same address in San Ramon, California, since Chevron is incorporated in Delaware and Chevron U.S.A. is incorporated in Pennsylvania. The letter spells out the maze of how Chevron has parsed itself into separate subsection to avoid legal liability:

Chevron says it shouldn’t be treated as a federal contractor since the larger company technically doesn’t hold any government contract—it just wholly owns and derives its profits from the subsection of the company that makes deals with the federal government. “That sort of artificial division of the families of one corporation could cause widespread evasion of federal pay-to-play laws,” Holman says.

Recent FEC decisions have tended to be deadlocked, with the commission split 3-3 between Democrat and Republican appointees. But the fact that they reached a decision on this case implies that a majority of the commissioners agreed with the logic of the case.

There’s an irony to the FEC’s decision on the Chevron donation: the commission is currently defending the pay-to-play rules in court. While the commission lets companies circumvent the rule, they’re devoting federal dollars to costly litigation to keep the rule on the books.

For now the FEC’s ruling on Chevron’s $2.5 million donation is a standalone decision, but it could set a standard for other companies to evade the intent of the prohibition in the future. “So far it’s an isolated case,” Holman says, “but it has the potential of turning into a very broad problem.”