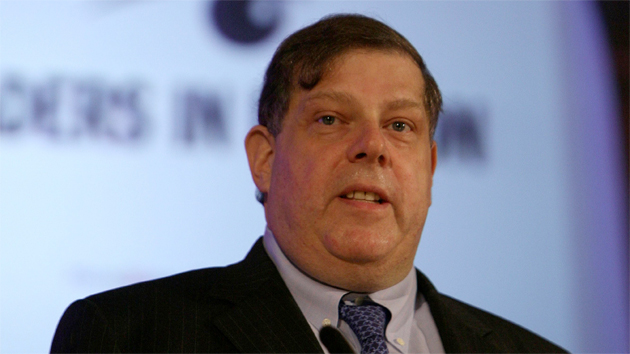 In recent weeks, I’ve talked to several Washington politicos close to Bill and Hillary Clinton, and when I’ve asked if they will be joining Hillary’s presidential machine, should she run, I’ve received a variant of this (understandably) not-for-citation reply: If Mark Penn is involved, no f-ing way.

Penn is famous—or infamous—for being the chief strategist for Hillary Clinton’s 2008 presidential campaign of inevitability that turned into a colossal failure. That effort was marked by hubris, lousy messaging, poor strategic planning, and legendary internal tensions—including back-biting, leaks, and fierce inside politics—that many within the politerati blamed, fairly or not, on Penn. In the book Game Change, John Heilemann and Mark Halperin described the campaign as “a simmering cauldron of long-held animosities—most of them directed at Penn.” It was personal: “[T]he rest of Hillaryland detested Penn personally. They thought him arrogant and amoral, a detrimental force whose perniciousness was amplified by his inexplicably tight bond with the Clintons.”

That tight bond had been forged years earlier. After President Clinton was clobbered in the 1994 midterm elections and the Democrats lost control of the House, he recruited Penn, a consultant and pollster, to help him triangulate against his own party and move toward the center. Penn, a proponent of the notion that Dems should not embrace populism, went on to become a close adviser during Clinton’s 1996 reelection campaign—for which he developed sophisticated polling and data-collection techniques—and Hillary’s successful 2000 Senate race. And politics was not his only pursuit: Penn earned millions as a consultant and strategist for numerous corporate clients. These days, he’s executive vice president for strategy at Microsoft. At the tech giant, he oversaw a negative crusade against Google that drew gripes from others within the firm and the tech industry.

There’s no telling if Penn will again play an über-role in another Hillary campaign. Last year, the Washington Post reported it was unlikely that Penn—whom many Clintonites faulted for the 2008 loss—would again be in the inner circle. Penn, though, reportedly did play a modest role in helping Bill Clinton craft his gangbuster speech at the 2012 Democratic convention—a sign that he had not been excommunicated from the inner circle. And as one enthusiastically pro-Hillary Democratic strategist says, “A lot of people waiting to join the campaign are first waiting to see what happens in the Mark Penn primary. Including me.” That is, will Penn be involved in the campaign and, if not, who will be running it?

“A lot of people waiting to join the campaign are first waiting to see what happens in the Mark Penn primary. Including me,” says one Democratic strategist.

“There are a ton of people who say they won’t get involved if Mark is around,” another Democratic operative says. “And there are other people who don’t want to get involved anyway because the 2008 campaign was so unpleasant. There were so many centers of gravity. People were constantly playing inside politics to have influence.” Hillary Clinton’s Penn problem extends beyond Penn. The campaign that Penn came to symbolize was, as this strategist recalls, “full of people from the first Clinton administration who were watching out for their own interests. This led to a leakier environment and a more difficult workplace. It was a pretty miserable place.”

A spokesman for Hillary Clinton says, “There is no candidate, so there is no campaign to discuss.” A spokeswoman for Microsoft did not respond to a request for a comment from Penn.

What many Democratic ops are waiting for—other than the signal that Hillary Clinton will definitely pursue the presidency—is a clear indication of who will run her show (as either the campaign manger, chief strategist, or both), should she throw her heels into the ring. “Whoever she picks will send a signal about the type of her campaign,” a Democratic strategist notes. Will that person be an insider or outsider, part of the new class of political operatives or the old class, a man or a woman?

This choice could also say a lot about Hillary Clinton. What did she learn from 2008? Does she now have the ability to pull together and lead a cohesive team that can function smoothly as it oversees an operation that will conceivably spend hundreds of millions of dollars? And how will she handle what one Democratic strategist calls the “Bill problem and opportunity”? Whoever runs a Hillary campaign is going to have to contend with the former president, one of the top political forces of recent decades (even if he did seem to lose his touch in 2008). “Bill Clinton will be on the phone all day, and if anything is not going well, he’ll be second-guessing it or saying someone should have called me on this,” a Democratic consultant notes. He could be a forceful, on-the-mark, disciplined advocate for his wife or wind up the campaign’s Secretary of I-Told-You-So. Or both.

One of the first necessary steps of a successful presidential candidate is to assemble an infrastructure that can serve the candidate and develop an effective strategy. Hillary Clinton muffed that seven years ago, and resentments still linger, with Penn symbolizing that particular failure. So some members of Hillaryland are holding their breath, looking to see what happens with Mark Penn. Although he appears to be comfortably ensconced at Microsoft, they fear he may either return to Hillary’s side or, perhaps worst, play an informal but close-in role, casting a dark shadow over the enterprise.

“I would do anything for Hillary,” one Democratic operative says. “I love her. I think she’d be a great president. Anything. Except work with Mark Penn.”