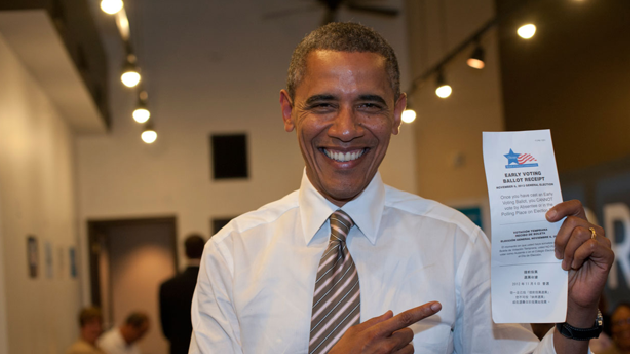 After months of quiet lobbying, civil rights groups and progressive organizations are now coming out publicly against the Obama administration for failing to enforce a voting rights law that applies to the Obamacare health insurance exchanges.

The 1993 National Voter Registration Act (NVRA), commonly known as the “Motor Voter” law, requires DMVs and other state agencies that provide public assistance to also help voters register. The Obama administration has acknowledged that Obamacare exchanges are covered by the law. But the federally-run exchange, which serves residents of states whose Republican governors refused to establish their own insurance marketplaces, isn’t doing much to fulfill its Motor Voter obligations, beyond embedding a link to the federal voter registration site in the online insurance application.

The law requires covered agencies to go much further and treat voter registration the same as the application process for other services. In the case of Obamacare, this means the navigators hired by HHS to walk uninsured Americans through the insurance sign-up process should also offer to guide applicants through the voter registration process. But Republicans have decried plans to apply the Motor Voter law to exchanges, saying it would create a “permanent, undefeatable, always-funded Democrat majority,” since the uninsured are disproportionately low-income people and minorities—groups that tend to vote Democratic. Following the outcry by the GOP, the Obama administration decided last year to hold off on full implementation of the Motor Voter provision. But now 32 progressive organizations and unions—including the NAACP, United Auto Workers, and the National Council of La Raza—are calling on the Department of Health and Human Services (HHS) to start requiring navigators to help register voters immediately.

“There is no question that the ACA [the Affordable Care Act] must meet the requirements of the NVRA, as your administration has acknowledged,” the groups said in a letter to the HHS last week. “As staunch supporters of voting rights, we believe that it is critical for the ACA to meet these legal requirements now and offer voter registration to the millions of Americans who will be shopping for insurance on the exchanges in the coming months and years.”

The letter comes on the heels of a public campaign in January led by the voting rights organizations Demos and Project Vote to get HHS to fall in line with Motor Voter.

The 24 million mostly low-income and minority Americans who are expected to buy insurance through the exchanges by 2017 are far less likely than other citizens to be registered to vote, although Motor Voter has helped lessen the disparity. Some 140 million people have registered to vote through the program since it was enacted. Lawrence Jacobs, a political science professor at the University of Minnesota, told Mother Jones in January that the reason HHS “has really dropped the ball” on the Motor Voter issue is likely quite simple. “This looks like [the administration is] running from a political fight,” he says.