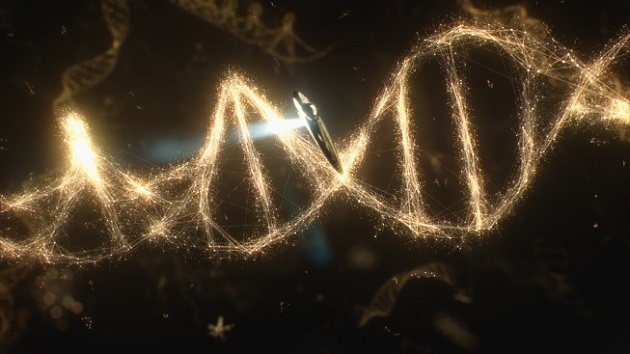 The second episode of "Cosmos" examines evolution, and the interrelatedness of all life on Earth.Fox.

If you think the first episode of the new Fox Cosmos series was controversial (with its relatively minor mentions of climate change, evolution, and the Big Bang), Sunday night’s show threw down the gauntlet. Pretty much the entire episode was devoted to the topic of evolution, and the vast profusion of evidence (especially genetic evidence) showing that it is indeed the explanation behind all life on Earth. At one point, host Neil deGrasse Tyson stated it as plainly as you possibly can: “The theory of evolution, like the theory of gravity, is a scientific fact.” (You can watch the full episode here.)

Not surprisingly, those who deny the theory of evolution were not happy with this. Indeed, the science denial crowd hasn’t been happy with Cosmos in general. Here are some principal lines of attack:

Denying the Big Bang: In the first episode of Cosmos, titled “Standing Up in the Milky Way,” Tyson dons shades just before witnessing the Big Bang. You know, the start of everything. Some creationists, though, don’t like the Big Bang; at Ken Ham’s Answers in Genesis, a critique of Cosmos asserts that “the big bang model is unable to explain many scientific observations, but this is of course not mentioned.” 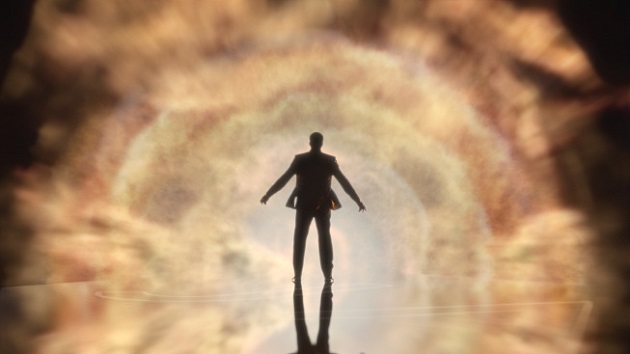 Alas, this creationist critique seems very poorly timed: A major new scientific discovery, just described in detail in the New York Times, has now provided “smoking gun” evidence for “inflation,” a crucial component of our understanding of the stunning happenings just after the Big Bang. Using a special telescope to examine the cosmic microwave background radiation (which has been dubbed the “afterglow” of the Big Bang), researchers at the South Pole detected “direct evidence” of the previously theoretical gravitational waves that are believed to have originated in the Big Bang and caused an incredibly sudden and dramatic inflation of the universe. (For an easy to digest discussion, Phil Plait has more.)

Denying evolution: Sunday’s episode of Cosmos was all about evolution. It closely followed the rhetorical strategy of Charles Darwin’s world-changing 1859 book, On the Origin of Species, beginning with an example of “artificial selection” by breeders (Darwin used pigeons, Cosmos used domestic dogs) to get us ready to appreciate the far vaster power of natural selection. It employed Darwin’s favorite metaphor: the “tree of life,” an analogy that helps us see how all organisms are living on different branches of the same hereditary tree. In the episode, Tyson also refuted one of the creationist’s favorite canards: the idea that complex organs, like the eye, could not have been produced through evolution. 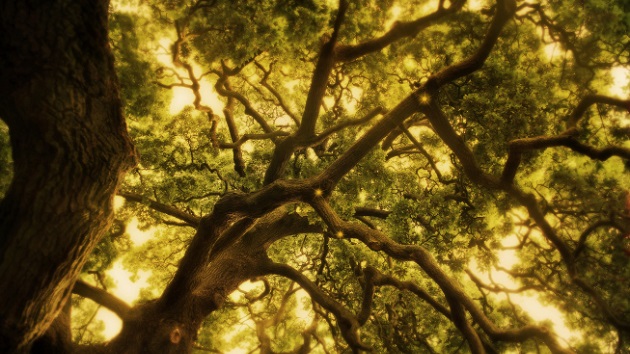 The “tree of life” on Cosmos Fox

Over at the pro-“intelligent design” Discovery Institute, they’re not happy. Senior fellow David Klinghoffer writes that the latest Cosmos episode “[extrapolated] shamelessly, promiscuously from artificial selection (dogs from wolves) to minor stuff like the color of a polar bear’s fur to the development of the human eye.” In a much more elaborate attempted takedown, meanwhile, the institute’s Casey Luskin accuses Tyson and Cosmos of engaging in “attempts to persuade people of both evolutionary scientific views and larger materialistic evolutionary beliefs, not just by the force of the evidence, but by rhetoric and emotion, and especially by leaving out important contrary arguments and evidence.” Luskin goes on to contend that there is something wrong with the idea of the “tree of life.” Tell that to the scientists involved in the Open Tree of Life project, which plans to produce “the first online, comprehensive first-draft tree of all 1.8 million named species, accessible to both the public and scientific communities.” Precisely how to reconstruct every last evolutionary relationship may still be an open scientific question, but the idea of common ancestry, the core of evolution (represented conceptually by a tree of life), is not.

Denying climate change: Thus far, Cosmos has referred to climate change in each of its two opening episodes, but has not gone into any depth on the matter. Perhaps that’s for a later episode. But in the meantime, it seems some conservatives are already bashing Tyson as a global warming proponent. Writing at the Media Research Center’s Newsbusters blog, Jeffrey Meyer critiques a recent Tyson appearance on Late Night With Seth Myers. “Meyers and deGrasse Tyson chose to take a cheap shot at religious people and claim they don’t believe in science i.e. liberal causes like global warming,” writes Meyer.

Actually, as Tyson explained on our Inquiring Minds podcast, Cosmos is certainly not anti-religion. As for characterizing global warming as simply a “liberal cause”: In a now famous study finding that 97 percent of scientific studies (that bother to take a position on the matter) agree with the idea of human-caused global warming, researchers reviewed 12,000 scientific abstracts published between the years 1991 and 2011. In other words, this is a field in which a very large volume of science is being published. That hardly sounds like an advocacy endeavor.

On our most recent episode of the Inquiring Minds podcast, Tyson explains why he doesn’t debate science deniers; you can listen here (interview starts around minute 13):