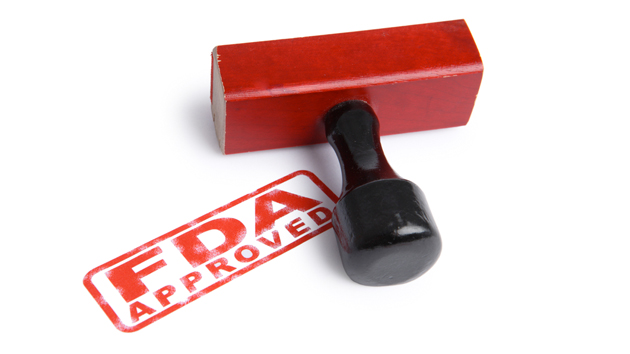 In February, a group of Food and Drug Administration scientists published a study finding that low-level exposure to the common plastic additive bisphenol A (BPA) is safe. The media, the chemical industry, and FDA officials touted this as evidence that long-standing concerns about the health effects of BPA were unfounded. (“BPA Is A-Okay, Says FDA,” read one Forbes headline.) But, behind the scenes, a dozen leading academic scientists who had been working with the FDA on a related project were fuming over the study’s release—partly because they believed the agency had ?bungled the experiment.

On a conference call the previous summer, officials from the FDA and the National Institutes of Health (NIH) had informed these researchers that the lab where the study was housed was contaminated. As a result, all of the animals—including the supposedly unexposed control group—had been exposed to BPA. The FDA made the case that this didn’t affect the outcome, but their academic counterparts believed it cast serious doubt on the study’s findings. “It’s basic science,” says Gail S. Prins, a professor of physiology at the University of Illinois at Chicago, who was on the call. “If your controls are contaminated, you’ve got a failed experiment and the data should be discarded. I’m baffled that any journal would even publish this.”

Yet the FDA study glossed over this detail, which was buried near the end of the paper. Prins and her colleagues also complain that the paper omitted key information—including the fact that some of them had found dramatic effects in the same group of animals. “The way the FDA presented its findings is so disingenuous,” says one scientist, who works closely with the agency. “It borders on scientific misconduct.”

Perhaps more importantly, the group worries that the fallout from the flawed paper could undermine their collaborative study—a $32 million taxpayer-funded project known a CLARITY-BPA, which is supposed to pinpoint the most effective methods for assessing the effects of BPA and ensure they shape regulation. “The FDA is essentially preempting our findings,” says Prins, who is on the CLARITY team. “Right now, people are being told that BPA is harmless. As the CLARITY data trickles out over the next few years, the public is just going to be confused.”

In contrast to the FDA’s recent paper, roughly 1,000 published studies have found that low-level exposure to BPA—a synthetic estrogen that is also used in cash register receipts and the lining of tin cans—can lead to serious health problems, from cancer and insulin-resistant diabetes to obesity and attention-deficit disorder. In some cases, the effects appear to be handed down, with the chemical reprogramming an individual’s genes and causing disease in future generations.

But the agencies that regulate BPA and other chemicals have largely ignored this research in favor of industry data showing BPA is safe. A 2008 investigation by the Milwaukee Journal Sentinel revealed that the FDA had relied on industry lobbyists to track and evaluate research on BPA. It also found that the agency’s assessment of BPA’s safety was based largely on two industry-funded studies—one of which turned out to have “fatal flaws,” according to leading researchers in the field. Both studies also relied on a breed of rat, known as the Charles River Sprague Dawley, that is all but immune to the effects of synthetic estrogens like BPA.

“It’s basic science. If your controls are contaminated, you’ve got a failed experiment and the data should be discarded.”

The FDA’s rationale for favoring industry-funded studies has to do with the way industry scientists track data; most of them rely on a record-keeping system called Good Laboratory Practice (GLP), which is meant to prevent scientific fraud (something that was common in commercial labs before this standard was introduced in the 1970s). This doesn’t mean that these studies are better designed or that their results are more reliable. “Using GLP in no way says that you asked the right questions,” says Linda Birnbaum, director of the NIH’s National Toxicology Program and National Institute of Environmental Health Sciences. “Academic research groups have their own quality controls, which tend to be very high level. From my point of view, that’s a lot better than GLP.”

Still, the industry has persuaded regulators to treat GLP as the gold standard, and to give studies that use it more weight than their academic counterparts. Regulatory agencies also require toxicology studies to follow strict guidelines, which aren’t regularly updated to reflect the latest testing methods or new insights about how chemicals effect our bodies. Critics argue that this approach, which focuses on easy-to-observe symptoms such as weight loss, is poor at detecting the often subtle changes caused by chemicals like BPA. But our rigid regulatory model leaves little room for integrating the newer, more sophisticated? techniques developed by academic scientists, even when they’re more effective.

The $32 million CLARITY program—also known as the Consortium Linking Academic and Regulatory Insights on BPA Toxicity—aims to solve this conundrum. A collaboration between the NIH, the FDA, and 12 academic scientists who study BPA, the project involves exposing hundreds of rats to various levels of the chemical inside an FDA laboratory, which operates under GLP. The animals’ tissues are then distributed to FDA researchers, who test them according to regulatory guidelines, and to academic scientists, who deploy their own methods.

By comparing the two approaches, the NIH and its partners hope to reconcile the conflicting data on BPA’s safety and create a process for the most relevant information to shape regulation. “This is far bigger than any single chemical,” explains Thomas Zoeller, a biology professor at the University of Massachusetts-Amherst and a CLARITY participant. “This presents a path forward for regulatory agencies to make use of data from academic scientists who have developed state-of-the-art techniques.”

“Honestly, we may be throwing millions of taxpayer dollars down the toilet,” says one CLARITY researcher.

But the project has been fraught. According to internal FDA correspondence obtained by Mother Jones, outside CLARITY scientists have sparred fiercely with the FDA over study design—particularly the agency’s reliance on the Sprague Dawley rat, which isn’t very sensitive to synthetic hormones. (The FDA maintains its strain is more sensitive than the variation commonly used by industry.) To keep their differences from overshadowing the collaboration, everyone involved has agreed to refrain from disparaging each other’s methods or undercutting one another’s findings.

The FDA argues that its recently published study was separate from the CLARITY program, which launched in 2012, and that the publicity surrounding it didn’t violate the CLARITY agreement. But some CLARITY researchers find this disingenuous. “This was explicitly a pilot study for CLARITY,” says Fred vom Saal, a biology professor at the University of Missouri-Columbia and a member of the CLARITY team. “If you look at the study design and the dosing, it’s identical. The claim that it had nothing to do with CLARITY is at best bizarre.” Vom Saal and his colleagues are also livid that the FDA would publish a study based on older testing methods in the midst of their collaboration and treat it as the near-final word on BPA. “It’s not surprising that the FDA wouldn’t find anything using these archaic techniques,” vom Saal says. “That’s the reason that CLARITY exists. That’s why they’re spending all this money to bring in highly skilled scientists whose methods are designed to detect the effects of BPA.”

An even larger concern for outside CLARITY researchers is the FDA’s recent revelation that the contamination from its just-published study has spread to the CLARITY lab, which is in the same building. An FDA spokesman told Mother Jones that the agency is making “all attempts to limit” unintended BPA exposure. But so far it hasn’t pinpointed the source of contamination, and its partners in academia fear the ongoing problem could affect their results and cast doubt on CLARITY’s findings. “Honestly,” says one scientist involved in the project, “we may be throwing millions of taxpayer dollars down the toilet.”