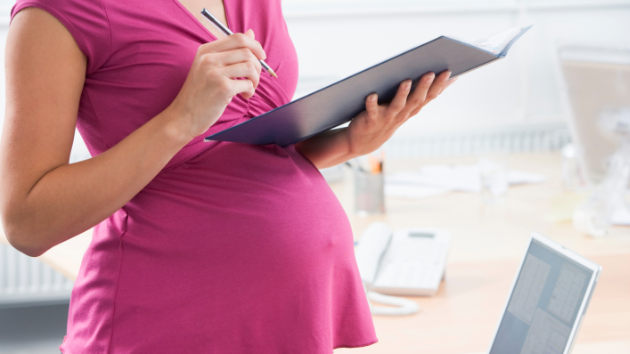 Employers who illegally fire workers for being pregnant often attempt to skirt discrimination laws by smearing the employees as tardy, poor performers, or by chalking up their termination to company restructuring—even in cases where worse-performing employees, who were not pregnant, were allowed to remain on staff, and “company restructuring” turned out to be code for replacing pregnant workers.

That’s according to a new study by sociology professor Reginald Byron of Southwestern University in Texas and Vincent Roscigno, a professor at Ohio State University. Their research, which will be published in the June 2014 issue of Gender & Society, is a major investigation into the phony justifications that employers who discriminated against pregnant workers gave to employees before firing them.

Byron and Roscigno examined 85 confirmed cases of pregnancy discrimination processed by the Ohio Civil Rights Commission for most years from 1986 to 2011. They found that pregnancy accounted for 40 percent of gender-related terminations. In around 30 percent of those cases, employers told the pregnant women that they were being fired for performing poorly; another 15 percent were let go for tardiness.

But a closer look at their workplaces found that pregnant employees were placed under greater scrutiny than their non-pregnant coworkers. Many pregnant women in Byron’s sample, he writes, “identified other non-pregnant workers in their workplaces who had, for instance, more absences, less seniority, lower job performance or more workplace infractions, but who were not sanctioned or pushed out at all.” But even in those cases, he says, pregnant women who had been fired were typically unable to win back their employment.

Pregnant women, in these employer accounts, are presented as undependable workers because of physical limitations or violations of attendance and tardiness policies. Such concerns may, at face-value, seem legitimate in a business sense. However, the same policies and rationales were not invoked in the case of non-pregnant employees (including those with worse records of performance, attendance, tardiness etc.). Employers also contend that their decisions really have little to do with the pregnant employee herself and, instead, mostly concern workplace restructuring, cost savings and/or the inability to bear financial cost relative to accommodating particular employee needs.

In another 10 percent of cases, pregnant women were told that they were let go for business reasons unrelated to their performance. That, too, often turned out to be demonstrably false. In one case Byron and Roscigno write about, employers fired a pregnant assistant restaurant manager, saying that the company needed to reduce its assistant managers from three to two for cost-cutting reasons. But the company quickly hired a man to fill her position after letting her go.

Stories like these lead Byron, who is conducting a similar study of four other states, to conclude that pregnancy-related firings can stem from stereotypes about the abilities of pregnant workers. “Without attending to such cultural and structural power imbalances and the relational processes that undergird them, pregnancy discrimination will remain a significant problem,” he writes.