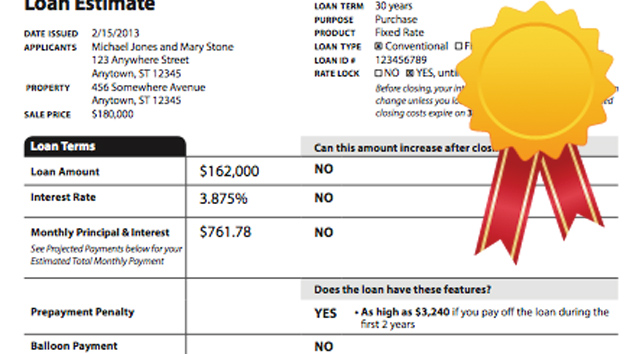 The Clearmark Awards, sponsored by the DC-based Center for Plain Language, are handed out annually to the government agencies, corporations, and nonprofits that produce the most coherent literature. On Tuesday, for the 11th-consecutive year, the nominees gathered at the National Press Club in downtown Washington to nibble on chocolate mousse and celebrate their colleagues for making bureaucratic copy comprehensible. Up for awards were the Social Security Administration, for its redesigned website; the Sixth Circuit Court of Appeals, for its revision of its rules of procedure; and the National Diabetes Education Program, for its pamphlet on taking care of your feet. In a year in which a broken website became a symbol of bureaucratic ineptitude, these were the heroes the media never told you about.

CPL’s mission is a simple one: Help public- and private-sector institutions produce text that humans can understand. The organization lobbies Congress, hosts seminars, and issues an annual report card rating government agencies on the clarity of their output. “Plain language isn’t a new concept,” explained CPL board member Jana Goldman, a former National Oceanic and Atmospheric Administration public affairs officer. “There was a Swedish king about 400 years ago who wanted everything in plain Swedish.”

CPL’s roots trace back to 1998, when Annetta Cheek, the plain language expert for Al Gore’s Reinventing Government task force, convinced the vice president to hand out a monthly “No Gobbledygook” award to agencies that successfully translated their agenda into vernacular. After she left the administration, she helped launch CPL, and in 2010, the organization scored its biggest win, when Rep. Bruce Braley (D-Iowa)—now a candidate for US Senate—pushed the Plain Writing Act through Congress and across the president’s desk. The law requires agencies to emphasize “clear Government communication that the public can understand and use.”

Big health care companies such as Aetna have emerged as the Meryl Streeps of the clear-language competition, bringing home awards year after year for documents like a Medicare age-in letter (contact information printed in a box in the top-right corner!). At this year’s ceremony, attendees speculated that because health care paperwork can literally mean life or death, the insurance industry was compelled to gets its act together in the clarity department.

There was also a consensus on which sector is consistently the worst at making its content readable. “The finance industry doesn’t get it,” said Cheek.

I asked her why that is, and she paused for a moment.

At the Press Club, the competition was intense, but good-spirited. A woman shrieked for joy when Aetna took home a prize for the redesign of its Medicare Advantage enrollment packet. The Agency for Toxic Substances and Disease Registry’s “Don’t Mess With Mercury” project edged out the Social Security Administration and Texas Department of Information Resources for the honor of best public website. According to the citation, “this website may be targeted for students and teachers, but it’s informative and fun for everyone”—which is something that can’t be said of mercury. Health Care Services Corporation’s new claims letters won best “revised document” in the nonprofit category. March of Dimes, last year’s overall winner, failed to repeat, despite a crisp booklet on post-partum depression. Category winners took home a hockey-puck sized glass disk with the Clearmark emblem. The grand-prize winner received a glass cylinder, the length of a relay race baton, with a lightbulb inside.

The institutions that haven’t mastered the art of plain language (which is to say, most of them) have their place, too. The CPL’s version of the Razzies, the Wondermarks, honors the year’s worst messaging efforts, such as the byzantine discharge form used by Charlotte, North Carolina’s Presbyterian Hospital, and an impenetrable consent decree from the Federal Motor Carrier and Safety Administration. Also called out was a road sign from the California Department of Transportation. It’s 47 words long—one for every car you’ll rear-end when you try to read it: “No person shall, on a Friday, Saturday or Sunday the day preceding a public holiday, or on a public holiday, drive or cause to be driven between the hours of 6 p.m. and midnight, a motor vehicle which exceeds 10.5 m in length in all main roads.” 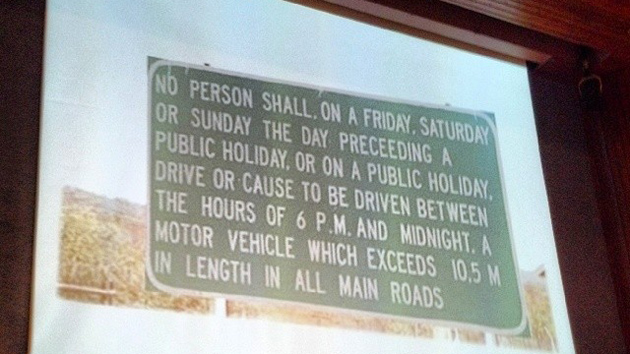 The big winner of the night was the Consumer Financial Protection Bureau, the agency created by the Dodd-Frank Wall Street reform law, at Elizabeth Warren’s behest, and designed to safeguard regular folks from financial chicanery. The agency received the Grand Clearmark award, the CPL’s top honor, for its new loan modification tutorial. “There’s a sense of full revelation—no tricks, no hidden revelation,” one judge gushed.

A dozen or so employees of the young bureau were euphoric as they took the stage to claim the award. Helping consumers decipher complicated legalese they’re not meant to understand is one of the CFPB’s main missions, and they view this as validation. “It’s our bread and butter,” said Kelly Cochran, the agency’s acting assistant director for regulations. “It’s one of our most basic tools—providing information consumers need.”

The CFPB’s win was a victory of sorts for the center, which, as Cheek noted, has struggled to bring the financial sector on board. But the mission of ridding the nation of bureaucratese has lately hit a snag in place that, fittingly, often defies comprehension: Congress. After the passage of the Plain Writing Act in 2010, CPL has been stymied in its push for a sequel: The Plain Regulations Act, which would extend the bill’s guidelines to cover rulemaking, has gone nowhere. Cheek lamented that with Braley locked in a high-profile election, the odds of another bipartisan victory are slim.

“Things have been so partisan lately, we can’t do anything,” Cheek said.