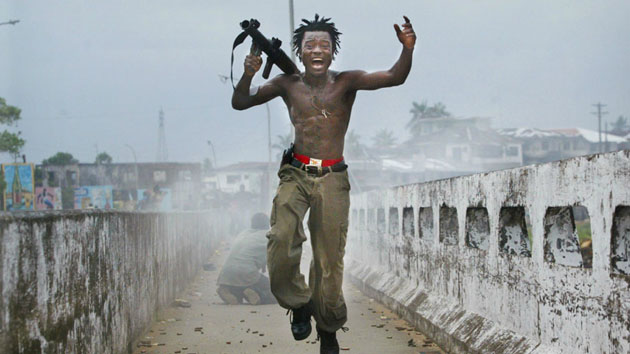 Though he published thousands of photos, one of Chris Hondros’ best known images remains seared in my mind: a young Iraqi girl crying, covered in the blood of her parents who were just killed by the US soldiers towering over her. I first saw it in the New York Times—a shocking story with a mesmerizing image. I was just finding my way in the world of photography at the time, thinking maybe I wanted to be a war photographer. Hondros’ photos stood out for his ability to capture moments of clarity in tense, difficult situations. Not just dangerous situations, with bullets and mortars and shrapnel flying all around, but emotional ones. Like in the photo of that little girl, Samar Hassan.

Hondros’ photos were critically important in getting us to pay attention to what was going on in the world.

Shooting for Getty Images, Hondros covered the most perilous places on the planet. From the late 1990s onward, he risked his life so that we could casually glance at a photo in the New York Times, the LA Times, the Washington Post, or magazines such as The Economist, Newsweek, and Paris Match—and maybe even read the piece. Despite my own cynicism about over-coverage of violent conflicts, these types of photos are critically important in our understanding of what’s going on in the world. And they are critical in getting people to pay attention.

In April 2011, Hondros was killed while covering Libya—in the same attack that also killed the acclaimed photojournalist Tim Hetherington. Testament, a new offering from powerHouse Books, stands as a retrospective of Hondros’ work, and also reveals him as a skilled writer and speaker who often talked publicly about his profession and the impact of photography, especially war photography, on society. Excerpts of his writings, speeches, and interviews are interspersed with the photos, giving a better idea of the man, and where he was coming from as a photographer. It’s this extra stuff that makes Testament much better than just another collection of great photos from horrific situations. Proceeds from sales of the book, incidentally, go to the Chris Hondros Fund, established to support the work of conflict photographers and spread awareness of issues that arise from reporting in war zones.

The following images (except where noted) are from Testament, reprinted courtesy of powerHouse Boooks. 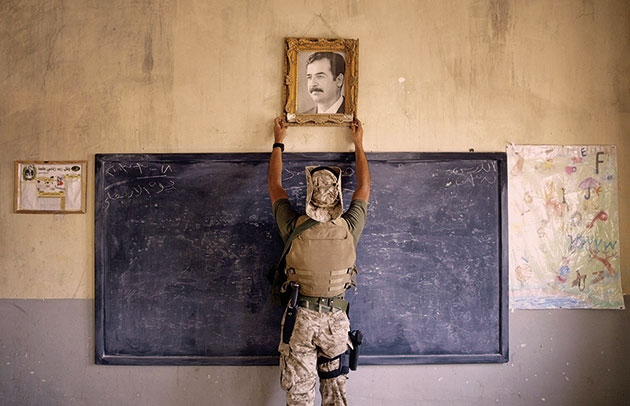 A Marine removes a picture of Saddam from a school in Al-Kut, Iraq. (April 2003) 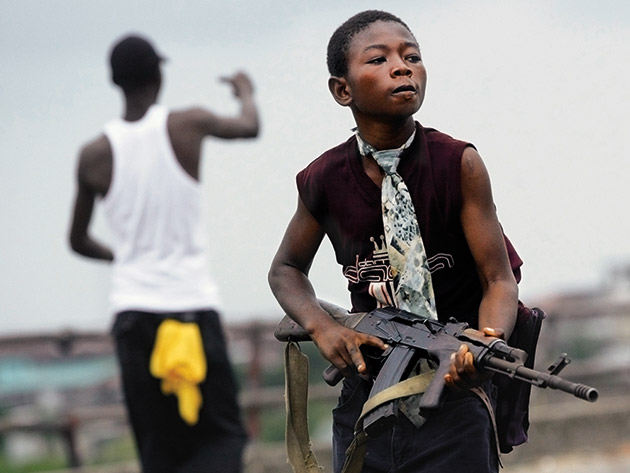 A child soldier walks away from taunts in Monrovia, Liberia. (July 2003) 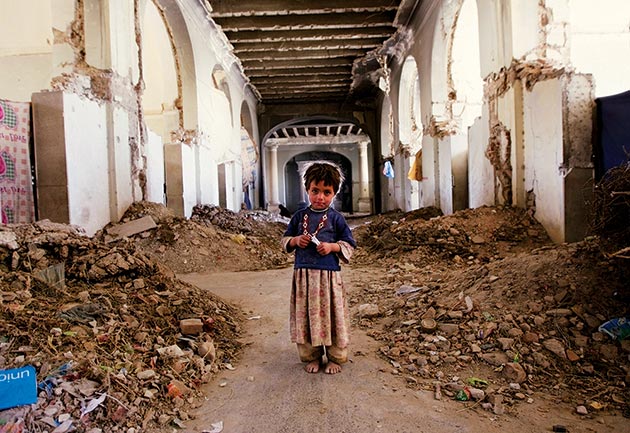 An Afghan girl in the ruins of Kabul’s Darul Aman Palace, part of a group of nomads living there under the protection of paramilitary police. (October 2010) 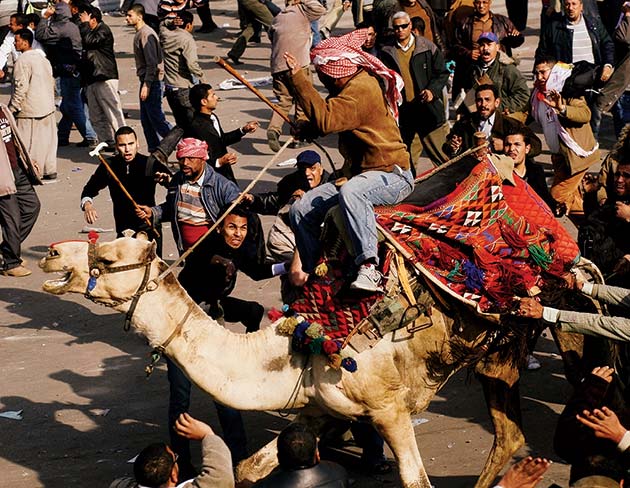 A supporter of Egypt’s then president, Hosni Mubarak, rides through Cairo’s Tahrir Square during a clash between pro- and anti-government protesters. (February 2011) 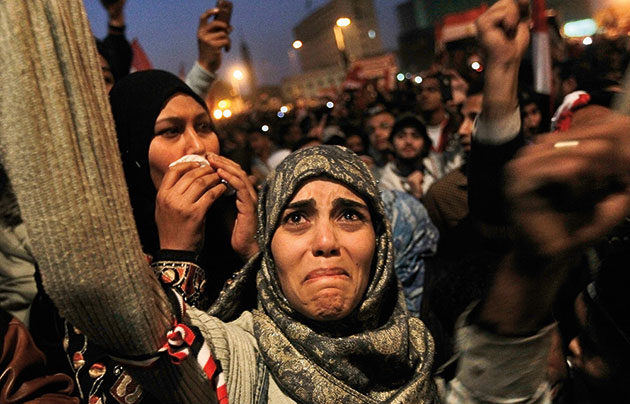 A woman in Tahrir Square after learning that Mubarak has relinquished power.
(February 2011) 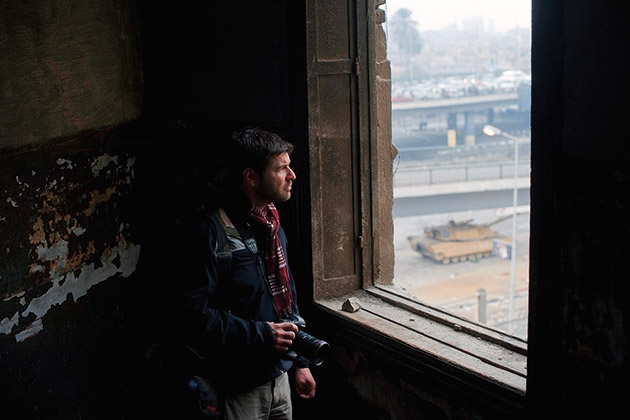 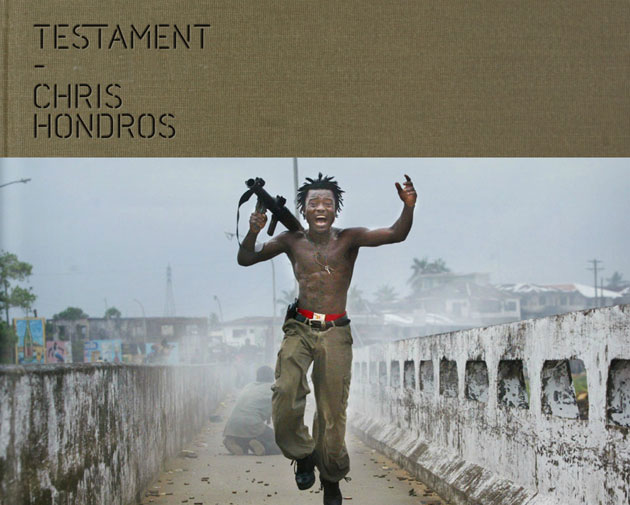