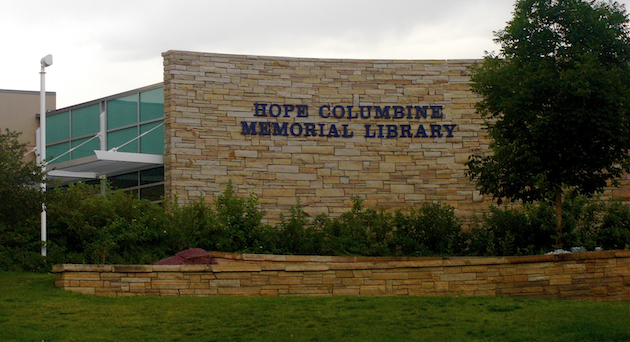 Editor’s note: This piece was originally published in 2014 on the 15th anniversary of Columbine. We’re republishing it now on the 20th anniversary. In the five intervening years, a lot has changed, from the rise of major new advocacy groups fighting for gun safety, including the Parkland high schoolers, to changes in state gun laws and growing scrutiny of the National Rifle Association. But the never-ending drumbeat of shootings—and zero action in Congress—indicate how far the nation still has to go.

On April 20, 1999, two teenagers walked into a suburban high school outside of Denver and shot 13 people to death. The massacre at Columbine was not the first mass shooting in America. It was not the first mass shooting at an American school. Indeed, Peter Jennings began the news that night, “The reaction of so many people today was ‘Oh no, not again.'” But Columbine was different. It became a national trauma in a way the others hadn’t. Yes, it was the deadliest American school shooting on record at the time—though it is no longer—but what really amplified its significance was the fact it was the first mass shooting that played out in real time on television. The shootings began at 11:19 a.m. By noon, local television stations had broken into regular programming with uninterrupted media coverage. Millions of people across the country turned on CNN and watched the story develop.

Here’s how America watched the chaos of Columbine: There were reports of a shooting and it was at a school and the body count began going up and witnesses said they were two shooters with shotguns and rifles and pistols and there had been an explosion across town and it had been a diversion maybe and pipe bombs, something about pipe bombs, and the body count kept rising, and booby traps, and then Clinton gave a speech and then the shooters were in a mafia that wore trench coats and maybe there were more than two and then, no, there were only two and they were dead and the bomb squad finished the initial sweep of the building at 4:45 p.m. and it was over, but not really because then there was the CCTV footage, the witness interviews, the search for motive, they had been bowling, they had been bullied, they had said something about Hitler and they listened to Marilyn Manson and they wanted to one-up Timothy McVeigh and What Does It All Mean?

After Columbine there was a general sense that something had to be done. That kids getting killed at school was a thing we weren’t going to be okay with. “Never again,” as they say.

It wasn’t some fanciful impossibility. The British did it after Dunblane. And so we did that. Everyone got together and passed sweeping gun control legislation and there was never another mass shooting in America.

Except not really. Because the “never again” response—though shared by many—was not shared by all.

We seem to have accepted that the occasional mass murder is the cost of America.

On May 1, 1999, Charlton Heston came to Denver and made a much-discussed speech where he said, “We have work to do, hearts to heal, evil to defeat, and a country to unite. We may have differences, yes, and we will again suffer tragedy almost beyond description. But when the sun sets on Denver tonight, and forever more, let it always set on we the people, secure in our land of the free and the home of the brave.” Say what you will about that speech, but as far as predictions go it was spot-on. It’s a fait accompli. There were more shootings. We mourned and then did nothing because we seem to have accepted that occasional mass murder is the cost of America.

Both responses, “never again” and “don’t bother trying,” offer statements about the USA. The former says “America is the greatest country on Earth. We went to the moon. Surely, we can stop kids from getting shot to death at school! If the Brits can do it, so can we.” The latter says, “No, we can’t. We’re America. The greatest country on Earth. And the cost of the liberty that makes us so is that our kids may get shot to death at school.”

Every time there is another mass shooting and nothing happens it becomes a little easier to believe that the “don’t bother” crowd is right.

Nothing changed after 13 people were killed at Columbine, or 33 at Virginia Tech, or 26 at Sandy Hook. Each of those tragedies came with the same breaking-news urgency as Columbine, but none generated the same sense of expected action because fewer and fewer people actually believed things could change. The last 15 years have been a lesson in how “never again” can be cowed into “I need a drink.”

They don’t have to.