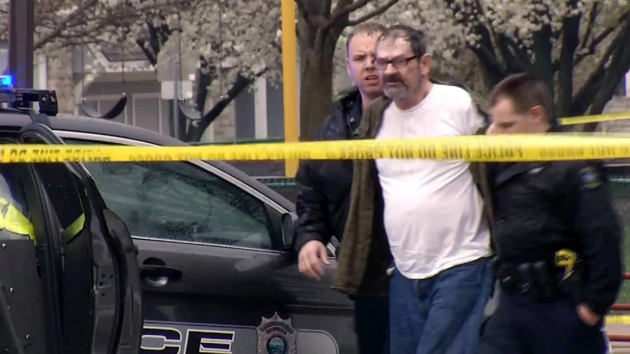 What explains the horrific shootings in a Kansas suburb that claimed the lives of three people? Searching for an answer, I called a jail in Stanton, North Dakota, the temporary residence of Craig Cobb, a white nationalist whom Frazier Glenn Miller, the suspect in these attacks, called a friend during a 2010 radio interview. Cobb, 62, has been locked up for months after being arrested for terrorizing residents of a small town that he was trying to turn into an all-white enclave; he and a buddy had been patrolling the streets brandishing weapons. (Last year, he earned a few minutes of fame when a DNA test indicated that Cobb, who believes Jews have orchestrated the “genocidal collapse” of the white race, was 14 percent black.)

I couldn’t reach Cobb directly, but he soon called me back—collect—and was eager to discuss Miller, who was a former grand dragon of the Carolina Knights of the Ku Klux Klan and a founder of the White Patriot Party. Cobb says that he had only met Miller once in person, but that the two had for years been associates via online bulletin boards and forums, that they spoke on the phone once or twice a week, and that he thinks of Miller, 73, as an older brother or father figure. During their most recent call, which happened at the end of last week, Miller seemed upbeat to Cobb—more upbeat than usual. Miller had mentioned that he had weekend plans to get together with friends for barbecue and beer. Cobb says Miller mentioned nothing indicating he might go on a shooting rampage.

But, Cobb notes, a few weeks ago, Miller told him that he was suffering from an emphysema-like disease and had one foot in the grave. Did he want to go out with a grand statement? Cobb says he saw no sign of that. In fact, he points out that Miller in recent months had repeatedly expressed an overall positive outlook, telling Cobb that he believed that now the “whole world was on to them.” By “them,” Miller meant Jews. Cobb recalls that Miller had noted that the internet had allowed the spread of information about the global Jewish conspiracy: “Recently, he’s said the whole world has figured out what the Jews have done to whites.” Miller, Cobb recounts, “was quite excited there seemed to be a worldwide consciousness” about Jewish schemes against white people and “Zionist wars.”

Miller had military training, Cobb says, noting that Miller told him he had been a Green Beret and had served in Vietnam, earning a military pension. Miller had a son, according to Cobb, who died in a shootout with law enforcement officials several years ago.

Cobb says that he never discussed any plans for violence with Miller—especially not on a prison phone line that is routinely recorded. He notes he has no idea where or how Miller obtained his weapons. As a convicted felon, “he’s not supposed to have weapons,” Cobb points out. (In 1986, Miller was convicted of violating a federal order. A year later, after being indicted for conspiring to obtain stolen military weapons and for other charges, he received a five-year sentence in exchange for testifying against other white supremacists.) Cobb insists that Miller never discussed weapons with him at any time: “We consider ourselves propagandists.”

Cobb thinks highly of Miller: “He has real high social skills. He’s a real people person. That’s why it’s so shocking. Everyone likes him. He’s a natural leader.” He continues: “Like a lot of white nationalists, he’s an alpha personality…He has always said that David Duke is the greatest white nationalist in the world.” Miller, according to Cobb, has passed out 1 million pieces of “white literature.”

He recalls that Miller once told him a story that Cobb found amusing. Miller was driving along and suddenly spotted several police cars—lights flashing, sirens wailing—heading in his direction. Believing they were after him, he pulled his car into a parking lot. He jumped out, grabbing a gun or two, and positioned himself behind the car, as the police cars neared. Miller aimed his gun at the oncoming cars, ready to fire. And…the police cars raced past him, toward another destination. There was no shootout.

Cobb says he doesn’t believe Miller committed the shootings. “I hope he didn’t,” he says. But if Miller did, what might be the explanation? “People are fed up,” Cobb says.