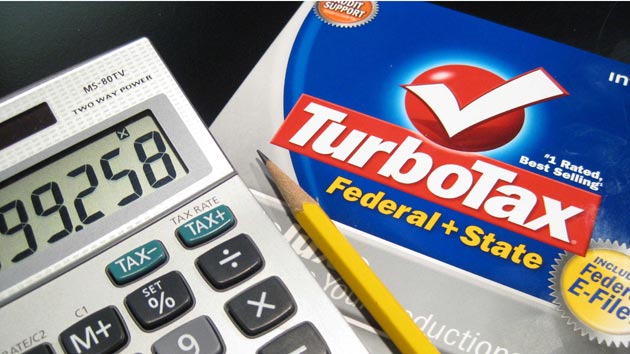 This story originally was published on ProPublica.

Over the last year, a rabbi, a state NAACP official, a small town mayor and other community leaders wrote op-eds and letters to Congress with remarkably similar language on a remarkably obscure topic.

Each railed against a long-standing proposal that would give taxpayers the option to use pre-filled tax returns. They warned that the program would be a conflict of interest for the IRS and would especially hurt low-income people, who wouldn’t have the resources to fight inaccurate returns. Rabbi Elliot Dorff wrote in a Jewish Journal op-ed that he “shudder[s] at the impact this program will have on the most vulnerable people in American society.”

“It’s alarming and offensive” that the IRS would target the “the most vulnerable Americans,” two other letters said. The concept, known as return-free filing, is a government “experiment” that would mean higher taxes for the poor, two op-eds argued.

The letters and op-eds don’t mention that, as ProPublica laid out last year, return-free filing might allow tens of millions of Americans to file their taxes for free and in minutes. Or that, under proposals authored by several federal lawmakers, it would be voluntary, using information the government already receives from banks and employers and that taxpayers could adjust. Or that the concept has been endorsed by Presidents Obama and Reagan and is already a reality in some parts of Europe.

So, where did the letters and op-eds come from? Here’s one clue:

Rabbi Dorff says he was approached by a former student, Emily Pflaster, who sent him details and asked him to write an op-ed alerting the Jewish community to the threat.

What Pflaster did not tell him is that she works for a PR and lobbying firm with connections to Intuit, the maker of best-selling tax software TurboTax.

“I wish she would have told me that,” Dorff told ProPublica.

The website of Pflaster’s firm, JCI Worldwide, had listed Intuit among its clients, but removed it after ProPublica contacted them. Pflaster said Intuit had been listed by mistake, but added that the firm does work for the Computer & Communications Industry Association (CCIA), a trade group of which Intuit is a member. Pflaster also said her firm has reached out to multiple groups and encouraged them to share information about the “flaws” of return-free filing.

The only CCIA member that’s involved with tax preparation software is Intuit, and it’s also the only member of the group that has taken a public position on return-free tax filing.

Intuit has long worked against return-free filing. (See How the Maker of TurboTax Fought Free, Simple Tax Filing.) The company has said in filings with the Securities and Exchange Commission that it views free government tax preparation as a risk to its business.

Last year, the company spent more than $2.6 million on lobbying, some of it to lobby on four bills related to the issue, federal lobbying records show.

Both Intuit and CCIA declined to answer questions about their connections to the letters and op-eds. An Intuit spokeswoman, Julie Miller, said in an emailed statement that Intuit works with many types of groups to support “taxpayer empowerment,” and “we feel all points of view deserve to be heard.”

“Return Free minimizes the taxpayers’ voice and instead maximizes revenue collection for government,” Miller wrote. “That kind of anti-consumer policy does not advance taxpayer rights.”

CCIA President Ed Black said in a statement, “We think it’s important to help policymakers and the public understand what many already know: ReturnFree is unfair, unworkable and unwise.”

The letters and op-eds—there have been at least eight of them—also appear on a new website, www.FairTaxRefunds.com, which Pflaster said her company created for CCIA. It resembles a similar previous site, www.StopIRSTakeover.org, which was also sponsored by the CCIA.

Another instance in which CCIA solicited a letter wasn’t successful. Angela Martin, director of an Oregon nonprofit, said a PR professional gave her a sample anti-return-free filing letter last year for her organization to send to Sen. Ron Wyden, D-Ore.

Cochran used “a lot of words that advocates would be sympathetic to, like ‘oh, it’ll hurt people with English as a second language,'” Martin said.

Martin was skeptical. So she asked Cochran who he was representing. He said he was working for the CCIA and, when asked, said yes, that Intuit is a member.

Cochran confirmed the details of his discussion with Martin, including that he was working for the CCIA. His firm boasts on its website of a “winning grasstops approach“—”grasstops” is industry lingo for recruiting the support of community leaders.

Two other letter-writers told ProPublica they were approached by lobbyists, though it’s not clear who the lobbyists were representing.

One letter-writer, Richard Smith, the president of the NAACP Delaware State Conference, was approached by a longtime acquaintance with information about how return-free filing would take dollars out of poor people’s pockets. Smith felt so strongly he fired off a letter to Sen. Tom Carper, D-Del., and encouraged other local NAACP leaders to do the same.

Smith said the acquaintance, Anne Farley, told him that if return-free filing was adopted, the government would stop offering free tax filing help to low-income communities. (In fact, none of the bills on return-free filing propose that.)

When ProPublica told Smith that Farley is also a registered lobbyist, he said he was now questioning the information she gave him.

“We may have to retract so far based on my research,” Smith said. “I didn’t question her.”

Dennis Huang, executive director of the L.A.-based Asian Business Association, also told ProPublica he was solicited by a lobbyist to write about return-free filing. When the lobbyist sent him a suggested op-ed last summer and told him the proposal would hurt small businesses, Huang wrote an op-ed in the Asian Journal that claimed Asian-owned businesses would not only spend more time paying taxes, but they’d also get less of a refund each year.

Huang declined to disclose the lobbyist’s name, but acknowledged he didn’t really do his own research. “There’s some homework needed,” he said.

Oregon’s Martin did some research on return-free filing and now supports it. She also co-published a post about the issue and the PR efforts related to it because, she says, she was alarmed that other nonprofits could easily agree to endorse a position they did not fully understand.

“You get one or two prominent nonprofits to use their name, and busy advocates will extend trust and say sure, us too,” Martin said.