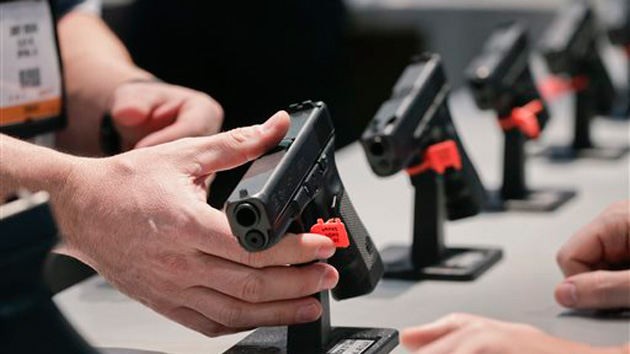 How many Americans have been shot over the past 10 years? No one really knows. We don’t even know if the number of people shot annually has gone up or down over that time.

The government’s own numbers seem to conflict. One source of data on shooting victims suggests that gun-related violence has been declining for years, while another government estimate actually shows an increase in the number of people who have been shot. Each estimate is based on limited, incomplete data. Not even the FBI tracks the total number of nonfatal gunshot wounds.

“We know how many people die, but not how many are injured and survive,” said Dr. Demetrios Demetriades, a Los Angeles trauma surgeon who has been studying nationwide gunshot injury trends.

While the number of gun murders has decreased in recent years, there’s debate over whether this reflects a drop in the total number of shootings, or an improvement in how many lives emergency room doctors can save.

Doctors and researchers have been advocating for better gun injury data since the late 1980s. But fierce political battles over gun violence research — including pressure from congressional Republicans that put an end to some government-funded studies on firearms — has meant that we still don’t know many basic facts about gun violence in America.

An initial push to create a national database of firearm injuries in the late 1980s and early 1990s was slowed by the political fight over Centers for Disease Control and Prevention funding for gun research, according to a history of the project written by researchers who worked on it. To make the effort more politically viable, as well as more scientifically rigorous, researchers decided to collect data on all violent deaths, not just firearm deaths.

And to cut costs, they decided to focus only on fatal injuries. Even that more limited effort has languished without full congressional funding — the database currently covers fewer than half of all states.

Most discussions of crime trends in America look back 20 years, to 1993, when violent crime of all kinds hit its peak. Compare 1993 to today, and the picture looks bright: The number of murders is down nearly 50 percent, and other kinds of violent crime have dropped even further.

But over the same time period, CDC estimates show that the number of Americans coming to hospitals with nonfatal, violent gun injuries has actually gone up: from an estimated 37,321 nonfatal gunshot injuries in 2002 to 55,544 in 2011.

The contrast between the two estimates is hard to clear up, since each data source has serious limitations.

Experts say that household data-gathering efforts, like the National Crime Victimization Survey, likely miss the Americans who are most likely to be victims of gun violence.

Shooting victims are “disproportionately young men of color who are living unstable lives and often involved in underground markets or criminal activity, and this is a group that is incredibly difficult to survey,” said Philip Cook, a gun violence expert at Duke University. “A lot of them are in jail at any point in time, or if they’re not in jail, they have no stable address.”

Meanwhile, the CDC numbers are based on a representative sample of 63 hospitals nationwide, and the margin of error for each estimate is very large. The CDC’s best guess for the number of nonfatal intentional shootings in 2012 is somewhere between 27,000 and 91,000.

“Uncertainty in the estimates precludes definitive conclusions,” one group of medical researchers explained in a back-and-forth in a journal on internal medicine last year.

The FBI also gathers data on gun crime from local police departments, but most departments do not track the number of people who are shot and survive. Instead, shootings are counted as part of the broader category of “aggravated assault,” which includes a range of gun-related crimes, from waving a gun at threateningly to actually shooting someone.

There were about 140,000 firearm aggravated assaults nationwide in 2012, according to the FBI’s report. How many of those assaults represent someone actually getting shot? There’s no way to tell.

The lack of a clear number of nonfatal shootings has caused confusion.

A frequently cited 2012 Wall Street Journal article attributed the falling murder rate to advances in trauma care: “In Medical Triumph, Homicides Fall Despite Soaring Gun Violence.” The article based its conclusion — that “America has become no less violent” over the past two decades — on the CDC’s shooting estimates.

The article did not cite the other estimates of gun violence that show shootings trending down, or the level of uncertainty in the CDC’s own data.

Livingston, the Newark trauma surgeon, said that it’s “very nice” when journalists give trauma surgeons credit for saving more lives. “I think that improvements in trauma care clearly have made a great difference,” he said. “On the other hand, if you don’t know the extent of all of the patients, and all of the data, you can make some erroneous conclusions.”

At University Hospital, which treats the vast majority of shooting victims from Newark and surrounding towns, Livingston and other doctors decided to do their own research.

“It’s easy to count dead people. But counting people who are merely injured? The data was all over the place, and, frankly, terrible,” Livingston said.

In a paper published early this year, they looked back at their own hospital’s records and logged every gunshot wound patient from 2000 to 2011.

What they found was that the number of patients injured by guns had actually held roughly steady over the past decade. But the injuries were getting worse. The percentage of patients who came in with multiple bullet wounds had increased from only 10 percent in 2001 to 23 percent in 2011. The incidence of brain and spinal cord injuries almost doubled.

And though trauma care has advanced over the past decade, the mortality rate for gunshot wound patients in Newark had actually increased, from 9 percent to 14 percent.

With more severe gunshot injuries came increased costs. The researchers estimated the total cost over 10 years for their hospital was at least $115 million — and three quarters of that was unreimbursed, which meant that taxpayers ultimately paid the bills.

In total, the hospital had treated an average of 527 patients with intentional violent gunshot injuries each year: “unrelenting violence,” as the researchers termed it.

After the American Bar Association and medical and public health groups collaborated on an extensive campaign — with the message, “what we don’t know is killing us” — Congress did approve funds to begin building a National Violent Death Reporting System in 2002. The push was inspired by a successful effort to track highway vehicle accidents, which experts say has helped reduce the number of deaths from car crashes.

But until last year, the system had only received enough congressional funding to collect detailed data on deaths in 18 states. Then after the Sandy Hook shootings, Congress approved an additional nearly $8 million for database, though that still isn’t enough to detail violent deaths in all 50 states.

President Obama has asked for enough funding next year — $23.5 million — to allow the CDC to finally begin to collect violent death data nationwide.

As for tracking the number of Americans who are violently injured and survive, CDC spokeswoman Courtney Lenard, said simply, that “is something that may be considered in the future.”

Funding a CDC effort to track nonfatal violence is not the only path to getting a better answer. Livingston and Demetriades, the Los Angeles trauma surgeon, suggested that independent medical associations could also help collect national nonfatal gun injury data, supported by government funding, and perhaps by legislation. In order to get a clear picture of gun violence, injury data from hospitals should be combined with local law enforcement data about crimes, they said.

Another solution might be better FBI data. “In my opinion, the FBI’s UniformCrime Reports system should be changed so that it tracks nonfatal gunshot woundings in criminal assaults,” said Daniel Webster, a gun violence researcher at Johns Hopkins University.

“If the FBI could get local agencies to include nonfatal criminal shootings into its UCR system, you have the capacity to track information that hospitals couldn’t — distinguishing domestic shootings, from gang shootings, from robbery shootings.”

An FBI spokesman said that changes in data collection practices could be made through congressional mandate or through the Criminal Justice Information Services Division Advisory Process, which would require buy-in from an advisory board of local, state and national law enforcement representatives.

In the past, changes to UCR data collection methods have been rare, the spokesman said. But several changes have been made in recent years, including changing the definition of rape, and changing how data about hate crimes is collected.

Cook, the Duke University researcher, said that the first step should be to find out why CDC data shows a different trend than other measures, and clarifying whether the ways hospitals collect data — or changes in the willingness of patients with minor gunshot wounds to come to the hospital for treatment — might explain the disparity.

“We have a variety of other evidence that gun violence is going down,” Cook said. “By Occam’s razor, I’d have to believe that the simplest explanation is that the nonfatal woundings are going down, too.”