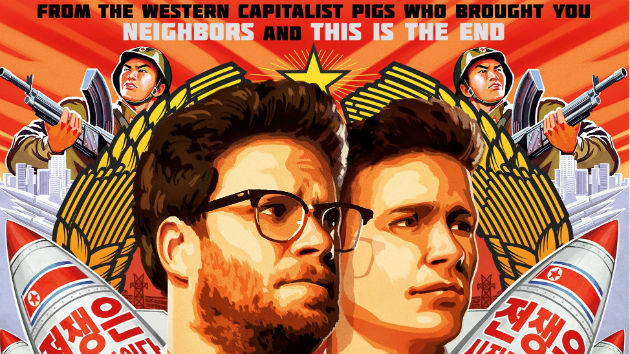 UPDATE, June 22, 2014, 12:07 p.m. ET: A North Korean official has weighed in. “However, Kim Myong-chol, who is often described as an ‘unofficial’ spokesperson for the communist nation’s ‘supreme leader,’ said the dictator would probably watch the movie anyway,” the Guardian reports. (And here’s Seth Rogen responding to that.)

“I am incredibly proud and a little bit frightened to present the first teaser for our next movie, [The Interview],” actor/director Seth Rogen tweeted on Wednesday. The reason he might have been a bit frightened was because of the film’s plot. Here’s the official synopsis of the movie, which is set for theatrical release on October 10:

In the action-comedy The Interview, Dave Skylark (James Franco) and his producer Aaron Rapoport (Seth Rogen) run the popular celebrity tabloid TV show “Skylark Tonight.” When they discover that North Korean dictator Kim Jong Un is a fan of the show, they land an interview with him in an attempt to legitimize themselves as journalists. As Dave and Aaron prepare to travel to Pyongyang, their plans change when the CIA recruits them, perhaps the two least-qualified men imaginable, to assassinate Kim Jong Un.

In The Interview, the binge-drinking, Kobe Bryant-loving, human-rights-allergic ruler is played by Korean-American comedian Randall Park. Here’s the trailer:

“We read as much as we could that was available on the subject,” Rogen told Yahoo Movies. “We talked to the guys from Vice who actually went to North Korea and met Kim Jong Un. We talked to people in the government whose job it is to associate with North Korea, or be experts on it.” Rogen also said that he and co-director Evan Goldberg asked North Korea experts to check the script for authenticity, because Rogen thought the truth about the dictatorship is “so crazy you don’t need to make anything up.” There is a joke in the trailer about how the regime once claimed that Kim Jong Un doesn’t urinate or defecate; this is based on actual propaganda about his father Kim Jong Il.

North Korean officials could not immediately be reached for comment on the upcoming Rogen-Franco comedy that involves the pair trying to kill their leader. (It’s really hard to get in touch with them.)

But as the film’s release approaches, don’t be too surprised if someone issues an angry statement. In 2005, shortly after the release of Team America: World Police, North Korea’s embassy in Prague demanded that movie be banned in the Czech Republic, insisting that it harmed their country’s reputation. Team America was made by South Park creators Trey Parker and Matt Stone, and uses a cast of puppets to satirize the war on terror, as well as liberal Hollywood. A Kim Jong Il puppet is the main villain.

Now, here is the new poster for The Interview: 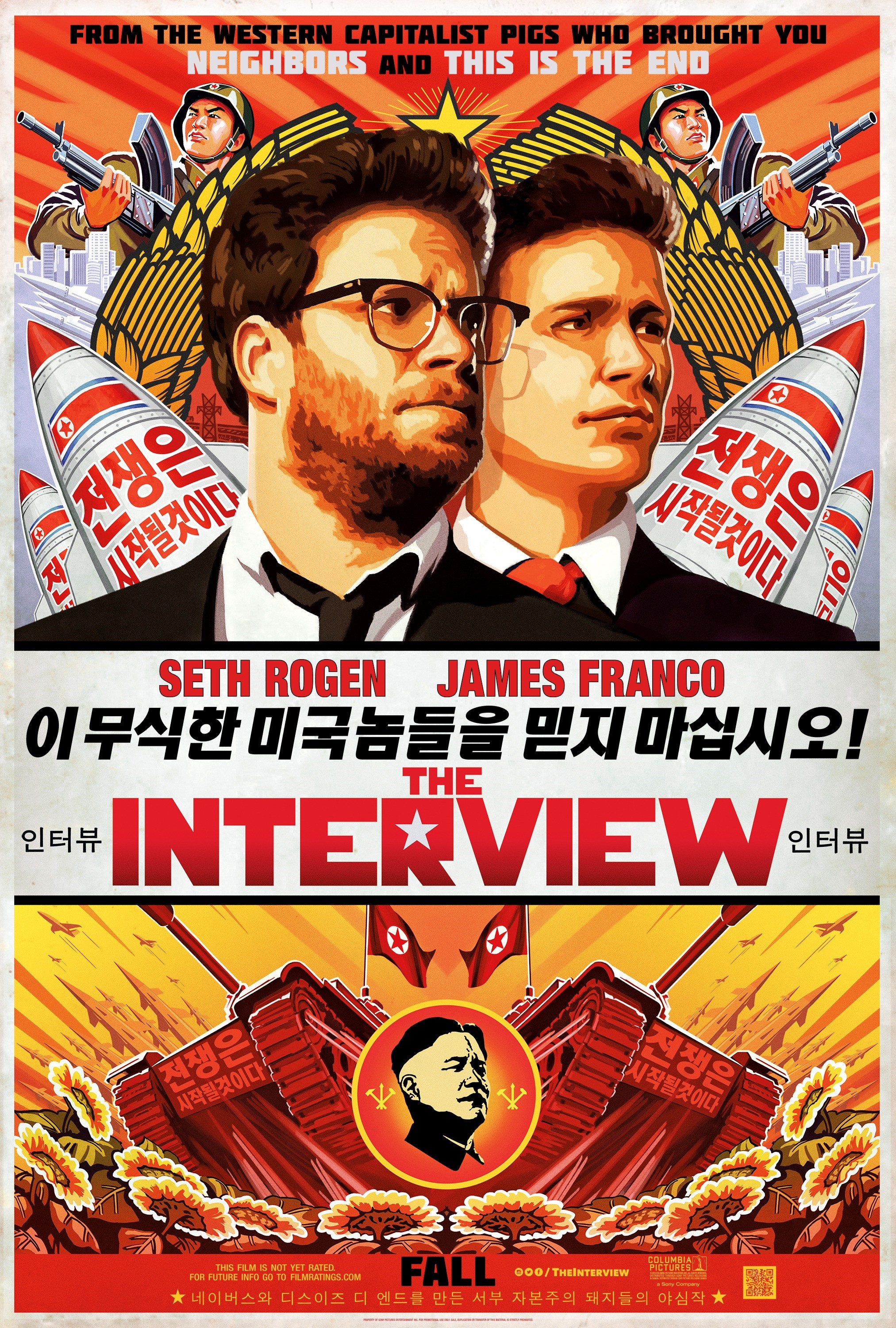 UPDATE 2, July 11, 2014, 4:29 p.m. ET: The North Korean government filed a complaint with the United Nations over The Interview. Read the letter, which labels the film as an act of war by the Obama administration, below. The State Department did not respond to my request for comment regarding North Korea’s view that the upcoming Seth Rogen / James Franco comedy is an American act of war.