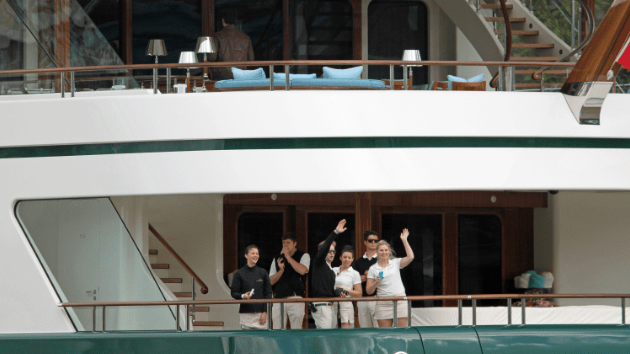 In 2012, Robert Mercer, a New York hedge fund manager who has plowed millions of dollars into right-wing causes, took on a new project: defeating Southampton Democrat Rep. Timothy Bishop. Mercer seeded a super-PAC that supported Bishop’s GOP challenger with $500,000. By Election Day, Mercer had given the group nearly $1 million. Bishop ultimately won the race. But that hasn’t deterred the hedge fund mogul from taking a mulligan. He recently poured $200,000 into a new super-PAC that’s targeting Bishop in 2014.

Mercer’s largesse is an example of the tactics megadonors are free to pursue now that the Supreme Court has obliterated campaign finance limits. “I think this is more and more going to be the model,” says Saul Anuzis, the former chair of the Michigan GOP and the founder of the super-PAC Mercer is financing, the US Jobs Council. “You’ll find more and more super-PACs starting that are donor-centric or district-centric.” He likened Mercer to Tom Steyer, the Democratic megadonor who has vowed to support candidates who support specific policies to fight climate change.

Anuzis formed the US Jobs Council early this year and then approached Mercer, knowing he had spent big in New York’s 1st Congressional District during the previous election cycle. (Mercer has a reputation for lavishness in his personal life, too. In addition to purchasing a super-yacht he christened the Sea Owl, he spent more than $2 million constructing a model railroad in his Long Island mansion—then sued the builder for overcharging him.) Mercer donated $200,000 to the group on April 22—another donor gave a scant $10,000—and the following month the super-PAC kicked off a $199,000 outreach and ad campaign in the two-way GOP primary that will decide Bishop’s challenger.

The group’s ads target Republican candidate George Demos, a former Securities and Exchange Commission prosecutor who has been endorsed by Rudy Giuliani and former Gov. George Pataki. Demos is facing off in next week’s primary against Lee Zeldin, a New York state senator backed by local Republicans and the state’s conservatives. Anuzis says that Zeldin is the more conservative Republican in this primary and that the super-PAC considers him a stronger contender in the general election against Bishop.

Demos and Zeldin are both serial congressional candidates. In the 2012 Republican primary, Demos lost to Randy Altschuler—whom Mercer supported. In this year’s contest, Demos’ fundraising far outpaces Zeldin’s, partly because his wife is a member of the Tsakopoulos family, a clan of wealthy political donors. Although they usually donate to Democrats, the Tsakopouloses have given heavily to Demos. The plan is for the US Jobs Council to keep spending in the race past the June 24 primary, Anuzis says, and get involved in one or two other congressional races.

Mercer could not be reached for comment. But his motivations for getting involved in this congressional race—Mercer lives Bishop’s district—aren’t hard to divine. The hedge fund Mercer runs, Renaissance Technologies, has spent more than $2.1 million in the past five years lobbying against financial regulations, including Dodd-Frank reforms. Bishop, who voted for the Dodd-Frank law, hailed the bill as “return[ing] healthy regulation to an industry that wrote its own rules for years.” By contrast, Altschuler, Mercer’s favored candidate in 2012, called Dodd-Frank a “job killer for New York.” Zeldin has so far been silent on Dodd-Frank, specifically—but he’s clear in saying he opposes “oppressive taxes and burdensome red tape on America’s businesses.”

Mercer has a history of spending big to topple House members who support restrictions on the finance industry. In 2010, through another super-PAC, Mercer unleashed more than $500,000 in attack ads against Rep. Peter DeFazio, which the Oregon Democrat attributed to his efforts to tax high-frequency financial transactions.

So far this year, in addition to supporting the US Jobs Council, Mercer has donated $600,000 to Club for Growth Action, a super-PAC supporting fiscally conservative congressional candidates, and $120,000 to Special Operations for America, a super-PAC that was founded by Ryan Zinke—the same man it now supports as a Montana congressional candidate. Mercer also shoveled $1 million into a 2011 campaign to block an Islamic community center in Manhattan. In the 2012 election cycle, he gave $2 million to American Crossroads, the super-PAC founded by Karl Rove, and another million to the pro-Mitt Romney super-PAC Restore Our Future. He also cut a host of six-figure checks in 2012 to super-PACs focused on winning the Senate for Republicans.

Bishop has ties to high-flying donors in the financial industry, too. In 2012, Politico reported that the congressman finagled governmental permits for Eric Semler so that the Southampton hedge fund titan could put on a dazzling fireworks show at his son’s bar mitzvah. The Semlers donated $10,000 to Bishop’s reelection campaign shortly after the party. The report sparked an ongoing House Ethics Committee investigation. The Bishop, Zeldin, and Demos campaigns did not respond to multiple calls for comment.