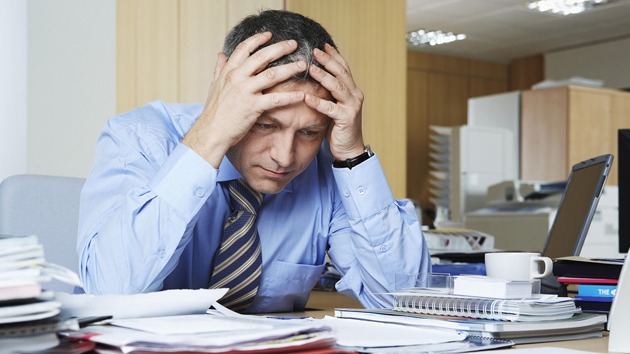 The United States has a voting problem. In the 2012 presidential election, only about 57 percent of eligible American voters turned out, a far lower participation rate than in comparable democracies. That means about 93 million people who were eligible to vote didn’t bother.

Clearly, figuring out why people vote (and why they don’t) is of premium importance to those who care about the health of democracy, as well as to campaigns that are becoming ever more sophisticated in targeting individual voters. To that end, much research has shown that demographic factors such as age and poverty affect one’s likelihood of voting. But are there individual-level biological factors that also influence whether a person votes?

The idea has long been heretical in political science, and yet the logic behind it is unavoidable. People vary in all sorts of ways—ranging from personalities to genetics—that affect their behavior. Political participation can be an emotional, and even a stressful activity, and in an era of GOP-led efforts to make voting more difficult, voting in certain locales can be a major hassle. To vote, you need both to be motivated and also not so intimidated you stay away from the polls. So are there biological factors that can shape these perceptions?

“Our study is unique in that it is the first to examine whether differences in physiology may be causally related to differences in political activity,” says lead study author Jeffrey French.

In a new groundbreaking study just out in the journal Physiology and Behavior, a team of political scientists, psychologists, and biologists say they’ve found one. They maintain that individuals who have higher baseline levels of the bodily stress hormone cortisol are, as a group, less likely to vote. In other words, individuals who are more sensitive to stress don’t appear to vote as often. “Our study is unique in that it is the first to examine whether differences in physiology may be causally related to differences in political activity,” says Jeffrey French, the lead author of the paper and director of the neuroscience program at the University of Nebraska-Omaha.

Dubbed the “stress hormone,” cortisol follows a daily cycle in the body, tending to be higher in the morning and lower in the evening. But it also spills into the bloodstream, from its home in the adrenal gland, in response to stimuli that are perceived as stressful. Moreover, some people tend to have more cortisol in their blood than others, even when they’re not stressed out. These people tend to be more socially avoidant, sensitive to fear, and prone to depression. High cortisol levels can lead to a wide range of negative health outcomes.

The research was conducted in a group of 105 ideologically diverse citizens of Lancaster County, Nebraska. Official voting records from the secretary of state’s office were correlated with the participants’ cortisol levels before and after each participant had to perform stressful tasks, such as conducting difficult math calculations out loud or preparing to give a 10-minute speech that (they thought) would be filmed and evaluated. While these exercises were being mounted, the cortisol levels of the participants were collected from their saliva. (All of the research was done at the same time in the afternoon to weed out natural bodily swings in cortisol levels.) 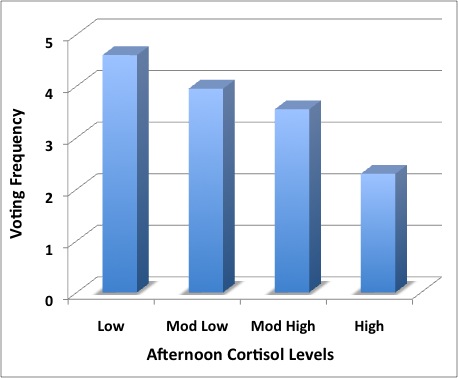 The results were striking.The baseline cortisol levels (before the stress was induced) showed a relationship with the participants’ voting behavior in past elections. High cortisol individuals tended to vote less frequently than low cortisol ones. Meanwhile, the researchers were able to show that in a statistical model that controlled for standard demographic variables (such as age, sex, and income), using baseline cortisol as a factor led to more accuracy in predicting whether a person was likely to vote.

After the controls, the role of this hormone did end up being only modest. But French still thinks that’s a big deal. “When we’re talking about an electorate where [only half of people] vote, even a small amount of variance, we think, is important,” he says. Theoretically, this means that in the future, political campaigns might be able to target individuals based on their biology—to boost voter turnout, or perhaps suppress it.

French says that if we want high-cortisol individuals to vote more, we should make voting less stressful and challenging: “Things like absentee voting, or mail ballots, may make people with high afternoon cortisol more likely to engage.”