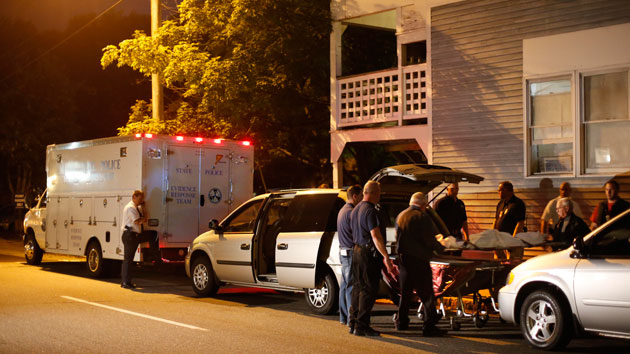 A body is moved from the scene of a domestic mass shooting in Maine.Robert F. Bukaty/AP

In Saco, Maine on Saturday night, 33-year-old Joel Smith used a pump-action shotgun to kill his 35-year-old wife, Heather Smith, his 12-year-old stepson, and the couple’s two biological children, a 7-year-old boy and a 4-year-old girl, before turning the gun on himself. The horrific scene was discovered on Sunday morning after a concerned family friend called the apartment complex where the Smith family lived and asked a maintenance worker to check on them. In a statement to the media, a Maine State Police official called the mass shooting “one of the worst cases of domestic violence in Maine’s history.”

As we reported in the wake of a mass shooting in Texas earlier this month, domestic violence and guns are a frightening combination: A woman’s chances of being killed by her abuser increase more than fivefold if he has access to a gun. And most fatal violence between intimate partners across the United States involves firearms. (Here are just a few examples from the past few months.) 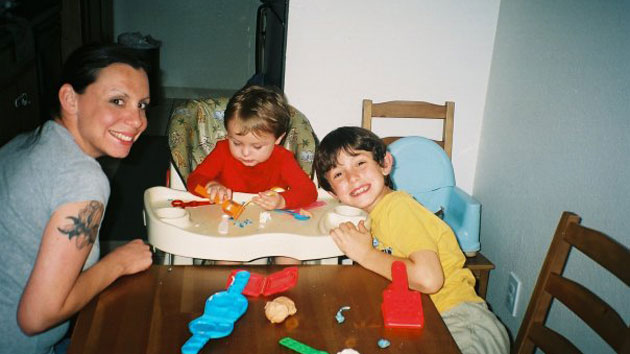 The night before the shooting, Heather Smith told a friend that her husband had threatened suicide earlier in the week, pointing a gun to his head, according to the Portland Press Herald. Joel Smith’s mother, Jerys Thorpe, told the Herald that she’d long been trying to get her son to see a therapist for his depression. “His mind was just gone, he had to be,” she said, regarding the murder-suicide. Research shows a strong correlation between suicidal thoughts and deadly domestic violence. As Maine Attorney General Janet Mills put it in a statement on Monday: “Recognizing the signs of abuse—and acting upon them—is key to preventing future tragedies like this.”

Police investigators also said that the couple had been struggling with “domestic issues,” including financial problems, but that they were aware of no protective court orders or history of abuse regarding the couple, who moved to Maine from Arizona about three years ago. But even if there had been such a history with the legal system, it’s likely that Smith still would have been able to possess a gun, because state and federal laws generally do a poor job of keeping firearms out of the hands of domestic abusers. Most state laws overlook various groups of men who potentially pose a threat, including misdemeanant stalkers, abusive dating partners, and subjects of temporary restraining orders. And Maine is no exception—its laws are among the more lax, as this chart shows: 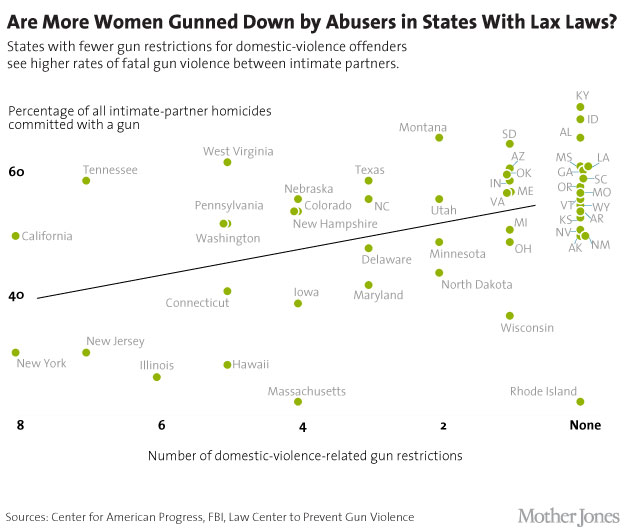 Three federal bills aimed at addressing these problems—opposed by the National Rifle Association—are currently stalled in Congress. But a handful of states have passed tougher laws this year, in part due to lobbying by groups such as Everytown for Gun Safety, and the issue may now be rising on Washington’s radar: On Wednesday, the Senate Judiciary Committee holds its first-ever hearing on domestic violence and guns.