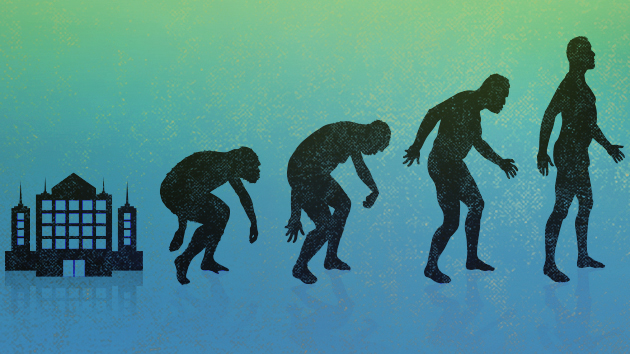 
Last week’s Hobby Lobby ruling charted new legal territory by granting corporations the same religious rights as real people. The rationale behind the decision—that expanding constitutional rights to businesses is necessary to “protect the rights of people associated with the corporation”—is far from novel. A line of Supreme Court rulings stretching back 200 years has blurred the distinction between flesh-and-blood citizens and the businesses they own, laying the groundwork for Hobby Lobby and the equally contentious Citizens United ruling. Here’s a timeline of the corporation’s human evolution:

1809 (Bank of the United States v. Deveaux): In the early days of the republic, when state and federal courts were still working out their jurisdictions, the Bank of the United States—a precursor to the US Treasury—sued a Georgia tax collector named Peter Deveaux for property he had seized when the bank failed to pay state taxes. Deveaux argued that, because corporations weren’t people, they couldn’t sue in federal court. Chief Justice John Marshall agreed. This meant businesses could only sue or be sued in federal court if all the shareholders, and at least one member of the opposing party, lived in the same state. According to Burt Neuborne, a corporate law professor at New York University, Wall Street banks hated this decision because it restricted suits to state courts where judges were partial to the banks’ local clients—typically Midwestern farmers.

1844 (Louisville, Cincinnati, and Charleston Railroad v. Letson): It soon became apparent that Marshall’s decision in Bank of the United States was unworkable because it put corporations outside the reach of the federal courts. Thirty-five years later, after hearing the Louisville, Cincinnati, and Charleston Railroad case, the Supreme Court shifted course, ruling that corporations were “citizens” of the states where they incorporated. Still, it was difficult for a corporation to sue or be sued in federal court unless all its shareholders lived in the same state.

1853 (Marshall v. Baltimore and Ohio Railroad): The Supreme Court later upheld the notion that corporations were citizens, but only for the purposes of court jurisdiction; they did not have the same constitutional rights as actual people. The court also ruled that, for litigation purposes, shareholders would be considered citizens of their company’s home state. This made it easier for corporations to sue or be sued in federal court by eliminating jurisdictional conflicts.

1886 (County of Santa Clara v. Southern Pacific Railroad): Now that corporations were legally citizens, corporate attorneys worked to expand their rights. When California officials levied a special tax on the Southern Pacific Railroad, the railroad sued, arguing that singling out the company violated its rights to equal protection under the 14th Amendment, which was intended to protect freed slaves. In a strange twist, the court reporter—a former railroad man—wrote in the published notes on the case that the 14th Amendment did, in fact, apply to the company. Even though this notion appeared nowhere in the high court’s actual ruling, 11 years later the court declared it was “well settled” that “corporations are persons within the provisions of the Fourteenth Amendment,” citing Santa Clara.

1898 (Smyth v. Ames): Building on the Santa Clara decision, the court voided a Nebraska railroad tax, ruling that it was akin to the government taking a corporation’s property without due process—a violation of its 14th Amendment rights. (The decision was overturned in the 1944 Federal Power Commission v. Hope Natural Gas decision.)

1906 (Hale v. Henkel): Having blocked unlawful seizures of corporate property, the court went on to shield companies from other kinds of intrusion. Writing for the majority, Justice Henry Billings Brown found that corporations, like people, are protected from unreasonable searches and seizures under the Fourth Amendment (although the Fifth Amendment protection against self-incrimination did not apply).

1931 (Russian Volunteer Fleet v. United States): A Russian shipbuilder, Russian Volunteer Fleet, sued the US government, claiming that government officials had unlawfully seized property worth more than $4 million. The high court sided with the company, ruling that even foreign corporations are protected from unlawful government seizures under the Fifth Amendment, which ensures fair treatment by the legal system.

1977 (United States v. Martin Linen Supply Co.): After a criminal trial for two linen companies and their owner was dismissed due to jury deadlock, federal prosecutors appealed the decision. The Supreme Court ruled that a second trial violated the companies’ rights to be tried only once, expanding the double jeopardy rule to include both humans and corporations.

2010 (Citizens United v. FEC): In the run up to the 2008 election, the Federal Elections Commission blocked the conservative nonprofit Citizens United from airing a film about Hillary Clinton based on a law barring companies from using their funds for “electioneering communications” within 30 days of a primary or 60 days of a general election. The organization sued, arguing that, because people’s campaign donations are a protected form of speech (see Buckley v. Valeo) and corporations and people enjoy the same legal rights, the government can’t limit a corporation’s independent political donations. The Supreme Court agreed. The Citizens United ruling may be the most sweeping expansion of corporate personhood to date.

2014 (Burwell v. Hobby Lobby): Corporations are legally people with the right to free speech, but do they have religious rights? Apparently, they do. In 2012, Hobby Lobby, an Oklahoma-based craft store chain, sued the federal government, arguing that a provision in the Affordable Care Act requiring it to provide contraception coverage for employees violated shareholders’ constitutional rights to freedom of religion. The Supreme Court sided with Hobby Lobby and found that corporations can assert the religious rights of their owners, greatly expanding the power of shareholders while creating a world of confusion for corporate attorneys.

The Future: If a corporation has First Amendment rights, could it also claim Second Amendment protections? Amazingly, this is a question some scholars are seriously pondering. As Darrell A.H. Miller wrote in his 2011 article “Guns, Inc.” in the NYU Law Review, “If Citizens United is taken seriously, the Second Amendment, like the First Amendment and like many other provisions of the Bill of Rights, guarantees liberties to natural and corporate persons alike.” Bang!