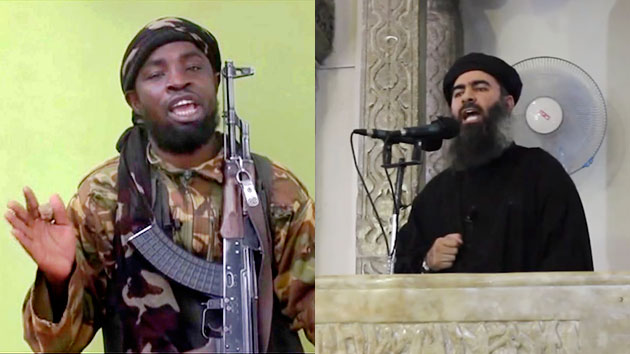 Boko Haram, the militant Islamist group with a foothold in northeastern Nigeria that’s known for its mass kidnappings and violent tactics, released a video earlier this month making an unprecedented claim: The group announced it had added the city of Gwoza to “the Islamic caliphate.”

Experts are unsure about the exact meaning of this claim, which was issued by Boko Haram’s leader, Abubakar Shekau. There are at least two possibilities: The group has declared its own caliphate in Nigeria, or it has pledged allegiance to ISIS—that is, the so-called Islamic State run by Abu Bakr al-Baghdadi in Iraq, Syria, and Lebanon.

Shekau’s speech was relatively vague, but Brian Michael Jenkins, a terrorism expert at the RAND Corporation, thinks it’s more likely that he was throwing in with ISIS—though “it’s not entirely clear.” Jenkins speculated that the wording of Shekau’s statement, citing “the” Islamic caliphate, paired with Shekau’s praise of Baghdadi (both in the video and earlier statements) suggests an attempt to link Boko Haram with ISIS. “If the leader of Boko Haram is saying his area is part of the Islamic State,” Jenkins says, “he agrees that Baghdadi is the caliph…or the sole leader of the world’s 1.5 billion Muslims.”

There is a “sense of solidarity” between the groups, says Mark Schroeder, an Africa Analyst for Stratfor, a geopolitical intelligence firm. He suggested that the video is “good for public relations” and might attract further attention to Boko Haram, given the success ISIS has had in the Middle East.

But Schroeder points out it is unlikely that any attempt by Boko Haram to hitch its wagon to ISIS will result in “any material gains” for the Nigerian radical group, given the small swath of territory in which it operates. Also, the group already has other alliances with Islamist militants such as Al Qaeda in the Islamic Maghreb. Boko Haram has never declared a single allegiance to one group, and has not been formally adopted by one.

Ryan Cummings, the chief analyst on Africa for Red24, an international security consulting company, says it’s unlikely that Boko Haram will try to join up with ISIS. He notes that Shekau has not yet made a formal oath of allegiance to Baghdadi, and he questions whether the group would risk alienating Al Qaeda, which has financially supported Boko Haram and trained some of its fighters. Al Qaeda has rejected ISIS on the basis of its brutality, and Cummings says that Boko Haram probably would not want to take sides between ISIS and Al Qaeda.

Whatever Shekau meant in his video, the reality is that his group won’t be carving out its own caliphate anytime soon. 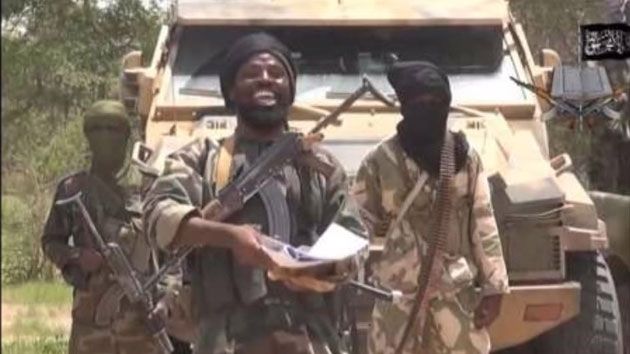 The Nigerian military has contained Boko Haram in the northeast, and surrounding countries and Western powers have joined the effort to defeat the group after it made international headlines by kidnapping almost 300 schoolgirls in April.

Boko Haram remains a “local” insurgency, says Schroeder, and Cummings notes that it is “unable to declare a caliphate in Nigeria” because it does not have a continuous territory.

“Warfare today—it’s about the manipulation of perceptions,” says Jenkins. Perhaps Boko Haram’s statement was just that—a vague statement designed to get some press.