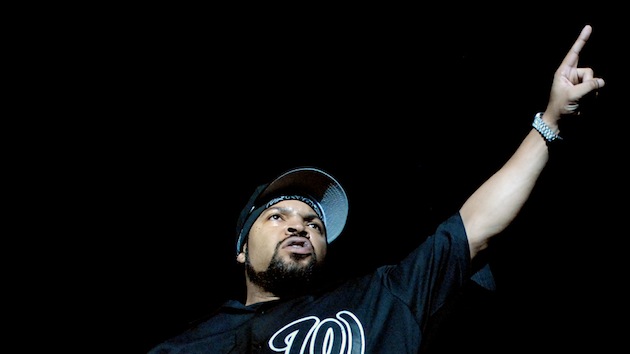 Last Friday, just days after Michael Brown was killed by a police officer in Ferguson, Missouri, 29-year-old North Carolina rapper J. Cole uploaded the stirring tribute “Be Free” to his SoundCloud, dedicating it to “every young black man murdered in America.” The song promptly went viral.

Protests against the shooting, and police brutality more broadly, already had been gaining steam as the police launched a highly militarized crackdown, and Cole’s timely reaction—in visceral, heartfelt form—struck a chord among people who know what it’s like to be profiled or harassed by law enforcement. As Cole writes in a blog post introducing the track, “That coulda been me, easily. That could have been my best friend.”

Cole is hardly the only one speaking out: Artists as far and wide as Frank Ocean, Big Boi, Moby, John Legend, and Young Jeezy have taken to Twitter and the airwaves in recent days to express their dissent, and Cole is part of a long tradition of musicians who have done so in song. Here are eleven other amazing tracks on the topic of police brutality in America:

1. “Oxford Town,” by Bob Dylan: Dylan wrote this tune in 1962 in response to a magazine solicitation for songs about the admission of James Meredith into the University of Mississippi, its first black student. Covered here by Richie Havens, it makes terse observations about a racist police force that don’t seem too far off today: “Guns and clubs followed him down / All because his face was brown / Better get away from Oxford Town.”

2. “Doo Doo Doo Doo Doo (Heartbreaker),” by The Rolling Stones: “You’re a heartbreaker / With your .44,” Mick Jagger sings of the New York police in this symphonic 1973 double-ballad from the album Goats Head Soup.

3. “Who Got the Camera?” by Ice Cube: Released on the heels of the Los Angeles riots provoked by the beating of Rodney King, Ice Cube narrates the experience of being a black motorist harassed by law enforcement. “Police gettin badder,” he raps. But “if I had a camera, the shit wouldn’t matter.”

4. “Sound of Da Police,” by KRS-ONE: “Whoop, whoop! That’s the sound of the police!” goes the memorable hook off KRS-One’s 1993 debut solo album, Return of the Boom Bap. “After 400 years, I’ve got no choices,” he raps, noting the continuity between slavery and racist policing. “The overseer rode around the plantation,” he raps, while “the officer is off patrolling all the nation.”

5. “The Beast,” by The Fugees: “Warn the town, the beast is loose,” the Fugees sing over police sirens in this 1996 classic. Lauryn Hill, Pras Michel, and Wyclef Jean spit old-school rhymes from gritty “ghetto Gotham,” where “I pay taxes out my ass but they still harass me.”

6. “American Skin (41 Shots),” by Bruce Springsteen: “41 shots,” goes the chorus to Springsteen’s 2000 tribute to 23-year-old Guinean immigrant Amadou Diallo, shot at that many times by four NYPD officers who killed him outside his Bronx apartment in February 1999. “Well, is it a gun? Is it a knife? / Is it a wallet? This is your life,” he sings, referencing the cops’ purported rationale for the barrage, which began when Diallo reached for his wallet. Backed by the E Street Band, Springsteen mournfully reminds us that “You can get killed just for living in your American skin.”

7. “Made You Die,” by Dead Prez, Yasiin Bey, and mikeflo: Dead Prez’s stic.man, consistently one of hip-hop’s sharpest social commentators, opens this Trayvon Martin tribute with his characteristic community-mindedness: “Now let’s put it all in perspective / Before the outrage burns out misdirected / What can we do so our community’s protected?” The three other MCs join in to flow on what Bey calls a “young black world in a struggle for a survival.”

8. “Don’t Die,” by Killer Mike: Killer Mike has long protested the corrosive effects of racist policing on black communities in his native Atlanta, where his own father was a cop. In this song off his 2012 release R.A.P. Music, Mike works through the nuances of that personal history, acknowledging that while police are often honest, working-class individuals, their institutional role can be insidious. “‘Fuck tha police’ is still all I gotta say,” he concludes, paying homage to the NWA hit from the dawn of gangsta rap.

9. “Stand Your Ground,” by Pharoahe Monch: Here Monch repurposes the name of the Florida law used to justify George Zimmerman’s killing of Trayvon Martin into a slogan for community organizers rallying in the killing’s aftermath. “Get involved, get involved, get involved,” the Queens rapper urges over roaring guitar riffs, soliciting support for the Martin family foundation in its effort to repeal the statutes.

10. “Amerika,” by Lil Wayne: Lil Wayne is a rapper far better known for punch lines than political analysis, but he leaves the puns behind (mostly) in this somber single from last summer. In the video, riot police stand glaring in front of a flag whose stars “are never shining.” Wayne’s “Amerika” is a blighted landscape of foreclosed homes and teargas for which he modifies the patriotic anthem: “My country ’tis of thee / Sweet land of kill ’em all and let ’em die.”

11. “Remove Ya,” by Ratking: In this dance-y, grime-influenced track, the young rap experimentalists reflect on their daily experiences with cops in today’s New York. The song is a upbeat call for community against adversity, featuring rapper Wiki playing off the well-circulated Nation recording of an NYPD officer’s stopping and frisking a guy (“for being a fucking mutt“): “I’m a mutt, you a mutt, yeah, we some mutts.” His companion Hak chimes in with memories of being arbitrarily stopped by an officer: “Hear the ‘whoop whoop whoop whoop, stop don’t move’ / ‘Hands on the hood, you gave me that look, wearing your hood.'”