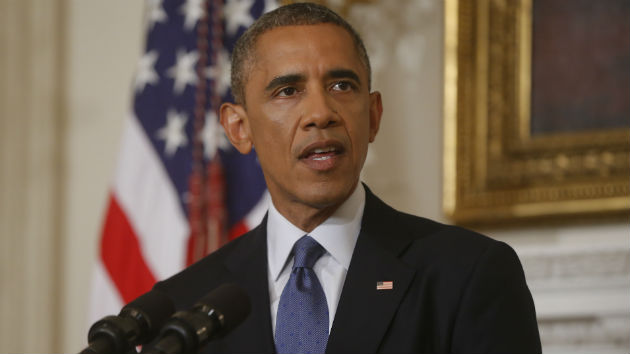 On Thursday, as Islamic militants closed in on the Kurdish capital of Irbil, President Obama authorized targeted air strikes in Iraq if necessary to prevent the capture of the city, which is a base for US officials and foreign workers. “When the lives of American citizens are at risk, we will take action,” Obama said. He also pledged to provide humanitarian aid and to take steps to protect about 40,000 members of the Yazidi sect, who have fled their homes and have been trapped on nearby mountains.

The announcements came after fighters associated with the Islamic State of Iraq and Syria (ISIS) took control of at least one town within 20 miles of the city and reportedly seized a massive dam, which if breached could flood Mosul, a city of 1.5 million residents.

Throughout the decade following the US-led invasion of Iraq, the Kurdish north has avoided much of the violence and chaos common in the south. As recently as June, the State Department noted that the region has been “more stable relative to the rest of Iraq in recent years.” That relative tranquility has not only drawn diplomats, oil workers, and US military personnel to Irbil: Just last year, the New York Times called the city a “tourist boom town.” Should ISIS take Irbil, any foreigners left there would be at considerable risk.

US companies began pulling employees from Iraq before ISIS’s recent advances. According to the leader of Iraq’s state-run South Oil Company, Exxon Mobil staged a “major evacuation” in mid-June and BP reportedly withdrew 20 percent of its staff. But over the last few days, companies have ramped up extractions from Kurdistan: On Thursday, Reuters reported that Exxon Mobil is pulling its staff, and a Chevron spokeswomen told the Wall Street Journal the company had reduced its number of foreign workers in the region.

Even as ISIS made dramatic gains across Iraq in June and July, Irbil remained a safe haven. Refugees from elsewhere in northern Iraq streamed in, as did foreigners. Employees of Siemens Energy were evacuated to Irbil in mid-June amid a bloody battle for control of Baiji’s oil infrastructure. Earlier that month, the State Department relocated staffers from the embassy in Baghdad to consulates outside the capital, including the one in Irbil. But now, the situation has reversed. According to the New York Times, civilians are swamping Irbil’s airport, hoping to snag seats on flights to Baghdad. Meanwhile, Abu Dhabi-based Etihad Airways has canceled all flights to Irbil.

Aki Peritz, a former CIA counterterrorism analyst, says that when US citizens are under threat, the State Department works quickly. And when it comes to the safety of diplomatic staff, “if they felt like the US consulate could fall, they would have evacuated,” he says. “They have an itchy finger, especially after Benghazi—they’re not going to let Americans get chopped up and put on the internet.”

While Obama said on Thursday night that protecting US military personnel, diplomats, and civilians living in Irbil is a priority, it’s unclear just how many Americans and other foreigners are present in the city, and what plans may be in place to evacuate them. A senior administration official told reporters late on Thursday that there was an “ongoing conversation” in the administration about evacuating its diplomats, but “given that we will make sure [ISIS] cannot approach Irbil, we’re very confident our consulate is safe.”

A Defense Department spokesman, Commander Bill Speaks, says that there is a Joint Operations Center in Irbil, with about 40 military personnel. He would not discuss contingency planning for any potential evacuation of US or non-US foreign citizens. Katherine Pfaff, a spokesperson for the US State Department, declined to provide the number of staff based in the Irbil consulate. “We have nothing to announce on possible evacuations,” she says.

According to Steven Cook, a senior fellow at the Council on Foreign Relations who was in Irbil in June, there’s not a huge American presence in the city, but it is home to some foreign diplomats and oil workers, with a couple of expat hotspots. He says that Kurdish officials “knew the fight was coming; they just didn’t know it was coming so quickly.”

David Phillips, director of the Program on Peace-building and Rights at Columbia University’s Institute for the Study of Human Rights, is on his way to Irbil on Sunday for a preplanned research trip. He told Mother Jones from his hotel in Turkey that he has meetings scheduled with government officials and “as far as I know, everything is on track.”

“It’s a fast-moving, volatile situation,” he adds. “Unless something really unexpected happens, I think the Islamic State is going to be on the run.” He says he promised his daughters that he wouldn’t “do anything foolish.”