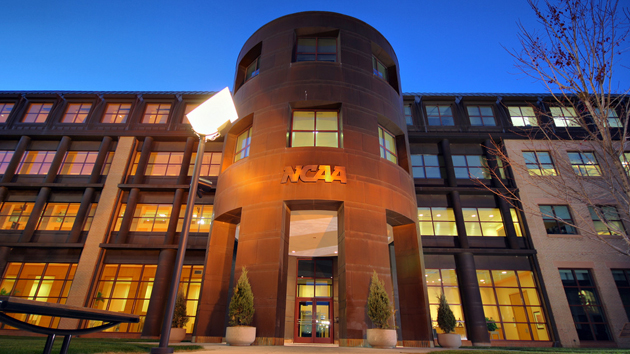 On Friday, a federal judge made college sports history when she ruled that the NCAA could not deny players from profiting from the use of their likenesses on TV or in video games. In doing so, Judge Claudia Wilken laid down two rules: (1) Schools can put up to $5,000 a year in a trust for athletes; and (2) they can offer more comprehensive scholarships that cover the full cost of attending college.

Many NCAA watchers have argued that the ruling in O’Bannon v. NCAA doesn’t change much, contrary to what some thought a year ago. For example, schools in the rich, successful power conferences already were moving to beef up scholarships. In the sense that the NCAA suffered a manageable setback, some have argued that it actually came out on top. But, they say, the NCAA might not be so lucky the next time around.

That’s because its upcoming legal battle could kill the governing body as we know it. Representing four former college athletes, big-time sports labor lawyer Jeffrey Kessler is targeting the NCAA and its five biggest conferences—the Atlantic Coast, the Big Ten, the Big 12, the Pacific 12, and the Southeastern—in an effort to dismantle the NCAA’s “amateur” system entirely. In a powerfully worded claim, he writes that the defendants “have lost their way far down the road of commercialism,” adding that their refusal to pay student-athletes is “illegal,” “pernicious,” and has brought “substantial damages…upon a host of college athletes whose services have yielded riches only for others.” The offering of scholarship money, he writes, is not nearly enough. “This class action is necessary to end the NCAA’s unlawful cartel, which is inconsistent with the most fundamental principles of antitrust law.”

The athletes represented in Jenkins v. NCAA—all onetime Division I basketball and football players—aren’t seeking damages, but rather an injunction that would make the status quo illegal, open up athlete compensation to market forces, and basically blow up the NCAA as currently constructed.

“My instinct is that the NCAA probably feels better about winning the Jenkins case than it did before the O’Bannon decision,” says legal expert Michael McCann.

Michael McCann, director of the Sports and Entertainment Law Institute at the University of New Hampshire, finds that outcome unlikely. “My personal belief is that none of these cases are going to be a death blow to the NCAA,” he said over the phone. If anything, he says, the outcome of O’Bannon boosts the NCAA’s chances in the Jenkins case, especially since Wilken’s decision highlighted the limits of antitrust law and didn’t come out in favor of endorsement deals for high-profile players. “My instinct is that the NCAA probably feels better about winning the Jenkins case than it did before the O’Bannon decision.”

Still, Jenkins is by far the broadest and boldest challenge to the NCAA’s amateurism system yet, and Kessler’s involvement is an enormous boost to the cause. He’s a giant of sports law, having won the fight to secure free agency for NFL players in 1992, and his clients have included the players’ associations of the NFL and NBA, Tom Brady, and Michael Jordan. The NCAA, not to be outdone, has spent $240,000 on its congressional lobbying efforts this year, already shattering past spending records with months left to go in 2014.

Sports Illustrated‘s Andy Staples figures that the outcome of Jenkins, and the future of the NCAA, will come down to the “lifeline” Wilken tossed the NCAA: her opinion that paying college athletes more than a small amount (like $5,000 per year) could harm college sports. If the NCAA’s lawyers can make the case that fans would abandon college sports if athletes were paid pro-level salaries, the association will likely survive. If Kessler can persuade otherwise, then the NCAA as we know it could be history. “The ultimate winner,” Staples writes, “will be the one with best lawyers.”

McCann suggests, however, it may not even come to that. “This is the kind of case that could get settled,” he says. “Maybe it is resolved internally. Maybe the NCAA and conferences will get together and make some changes. The O’Bannon case took five years. This case was filed earlier this year…There may not be a resolution on this for a long time.”