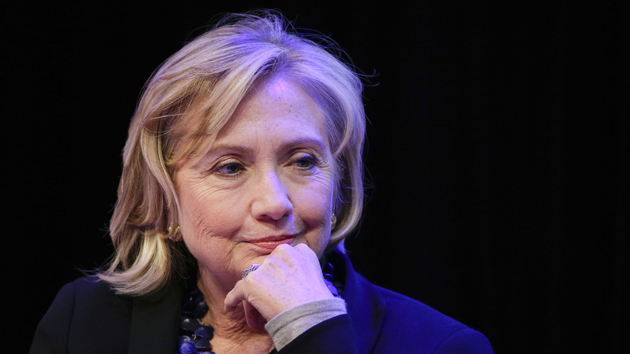 Hillary Clinton doesn’t think much of her old employer. “Congress increasingly…is living in an evidence free zone,” she said Thursday, “where what the reality is in the lives of Americans is so far from the minds of too many.” Speaking on a panel about women and economics hosted by the Center for American Progress (a liberal think tank run by Clinton’s ex-policy advisor Neera Tanden), Clinton gave a few hints of which domestic policy proposals could anchor her presumed 2016 presidential campaign.

Speaking in non-partisan terms, Clinton slammed Congress for its lack of action on raising the minimum wage, with the former secretary of state saying that a failure to boost the wages of the working poor is particularly damaging for women. She noted that two-thirds of minimum wage jobs are held by women. “The floor is collapsing—we talk about a glass ceiling, these women don’t even have a secure floor under them,” she said.

Boosting the minimum wage has become a standard Democratic talking point. But Clinton went beyond that standard fare and emphasized the plight of tipped workers, such as restaurant servers, bartenders, and hair stylists. “Women hold nearly three-quarters of the jobs that are reliant on tips,” she said. “And in fact, they don’t get the minimum wage with the tips on top of it.”

Although the federal minimum wage has been set at $7.25 per hour since 2009, there is an exemption carved out for workers who receive tips. Employers only have to pay those people $2.13 an hour (steady since 1991); the tips are presumed to make up for the difference. But often times the tips don’t suffice, and employers, who are supposed to fill the gap, don’t always do so.

These workers are “at the mercy not only of customers who can decide or not to tip,” Clinton said. “They’re at the mercy of their employers who may collect the tips and not turn them back.”

Clinton didn’t dive into the policy details on how to fix this problem. But the Center for American Progress released a report right after the event that suggested raising the tipped wage up to 70 percent of the regular minimum wage (which the report proposed bumping to $10.10 per hour).

The general tone of Clinton’s speech suggested how she’d thread the needle by supporting President Barack Obama’s record while crafting her own agenda when she hits the campaign trail. “The president came in—he deserves an enormous amount of credit for stanching the bleeding and preventing a further deterioration and getting us out of that ditch we were in,” she said. “But we know that unless we change our policies, a lot of the benefits are not going to be broadly shared, and that’s what we’re talking about here.”