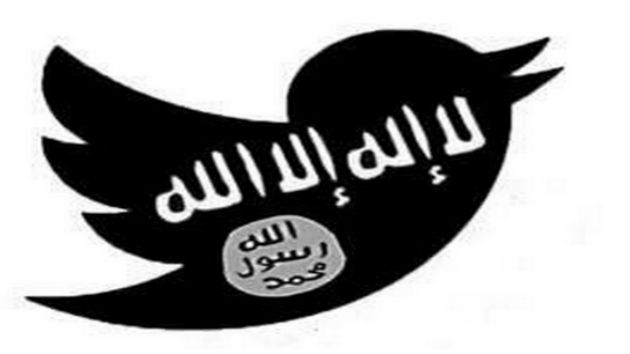 Image made by ISIS supporters.

In its ascent, ISIS—the murderous extremist group controlling territory in Syria and Iraq that President Barack Obama has declared war on—has wielded a powerful weapon: social media. Its extensive online presence, which ranges from the posting of lolcat-like photos to videos of violent beheadings, has extended the organization’s reach and boosted recruitment efforts that have fueled its rapid growth. And the State Department has mounted an initiative to beat back the Internet propaganda of the self-proclaimed Islamic State, which is also known as ISIS or ISIL. But a senior State Department official says that because the group’s social media messaging contains an “element of truth,” it is hard to combat its online campaign.

In 2011, the State Department launched the Center for Strategic Counter-terrorism Communication, which developed anti-terrorism Twitter accounts that were first directed at Al Qaeda. The goal: to directly engage with people overseas who were interested in or drawn to the beliefs and actions of extremist organizations. The online campaign is called “Think Again, Turn Away,” and it includes accounts in several languages, including Arabic, Urdu, Somali and English. These Twitter feeds routinely posts articles and messages countering jihadist claims and arguments. The group also manages social media accounts on Facebook, YouTube, Tumblr, and Google Plus.

And there is snark: Once, when a known Australian jihadist was claiming to be fighting in the Middle East for the Islamic State, the State Department tweeted a video of him being arrested on a beach in the Philippines, mocking him for lying about his whereabouts. The tweet reads “.@MusaCerantonio Turns out that you were having fun on the beaches of the Philippines rather than doing #HijrahToIS.” (The word “hijrah” refers to a journey first taken by Muhammad. “IS” is shorthand for the Islamic State.)

.@MusaCerantonio Turns out that you were having fun on the beaches of the Philippines rather than doing #HijrahToIS http://t.co/h3ztcp6hK8

On Wednesday, the State Department tweeted at a Muslim woman who praised ISIS for its free transportation, her profile displaying pink text and black ISIS flags. The department’s retort: “ISIS will be charitable…if they decide not to kill you #Thugs #thinkagainturnaway.”

“If you want to defeat their message, you have to change the elements that make it powerful,” a senior State Department official says. “You have to answer them, find the arguments, not bullshit. It isn’t easy.”

Several State Department tweets feature extremists from New Zealand to England who have regretted joining ISIS. Other tweets highlight the consequences of ISIS’ violent campaign, such as a pregnant Iraqi woman forced to give birth in a refugee camp. The State Department also posts articles about the arrests and legal troubles of extremists.

The State Department was targeting ISIS militants months before the group was front-page news. This mission has been more challenging than countering Al Qaeda, according to the senior State Department official, because ISIS is far more advanced in utilizing social media.

In 2012, the program had a $5 million dollar budget. But the digital outreach team, made up of around 45 staff members in 2012 including 20 native speakers of Arabic, Urdu and Somali, in charge of this online counter-terrorism effort has limited means of determining its success. According to a 2012 study in the Middle East Journal, only 4 percent of responses to the team’s posts expressed positive views of the outreach efforts. Yet the State Department tweeters have become well known within certain quarters of the online world of Islamic extremists. ISIS and Al Qaeda followers have warned their online comrades to ignore the US government tweeters, with some vowing to silence or spam them.

According to the State Department, no extremist has publicly declared that he or she has reconsidered joining ISIS or another extremist group because of the department’s messages.

The Think Again, Turn Away project has run into one particular problem, according to the senior department official. ISIS uses its sophisticated social media skills to disseminate propaganda that has “an element of truth.”

A core component of ISIS’ social media messaging is that tens of thousands of innocent people have been suffering and dying in Syria at the hands of Syrian leader Bashar al-Assad, that ISIS is a powerful counter-force opposing the Assad regime, and that it has racked up multiple successes in this endeavor, such as the radical group’s capture of a major Syrian military air base in August. These assertions have the benefit of being accurate. That makes it harder for the State Department to push a different narrative about ISIS and reach people who may be on the fence about joining its cause.

The group’s focus on Syria is “a very powerful argument” according to the senior State Department official. “It is a deep, burning, urgent grievance.” By tying the tragedy of Syria to the group’s religious ideology, the State Department official says, ISIS promotes a compelling narrative of “sanctioned violence” and “victory” blessed by God. One of the group’s mottos is “baqiya”—”here to stay” in Arabic—and its affiliates constantly post the phrase online.

So how is the State Department trying to undermine the story the Islamic State pushes on line? The department’s digital team regularly compare ISIS to Assad and highlight the violence and suffering it has caused in Syria. For example, on Tuesday, the State Department tweeted: “#ISIS to Syrians: What once was yours is now ours…#THIEVES #thinkagainturnaway.” The tweet included a photo of a Syrian religious building painted black in the style of the ISIS flag.

The Foggy Bottom tweeters also highlight the group’s defeats, such as the battle to control the Mosul Dam, in which Kurdish soldiers pushed back ISIS fighters, and the Iraqi forces’ recent attack that retook Fallujah University and killed about 30 ISIS rebels. But, the State Department official notes, “sometimes there is no good answer” to the group’s propaganda. Devising a response that will turn off a prospective jihadist from ISIS’ radicalizing content—and doing so in a tweet or Facebook post—is a struggle, he says: “it’s like catching lightning in a bottle.”

“If you want to defeat their message, you have to change the elements that make it powerful,” this official adds. “You have to stop [ISIS] from succeeding. You have to answer them, find the arguments, not bullshit. It isn’t easy.”