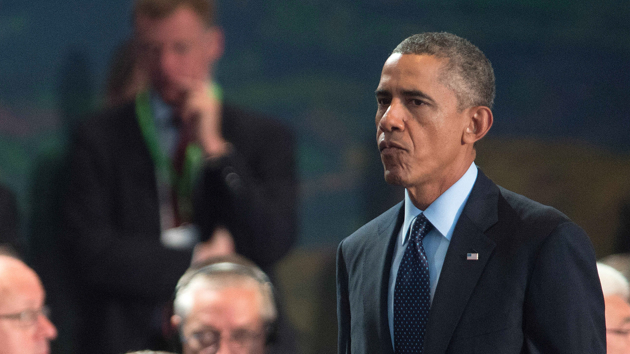 On Wednesday night, President Barack Obama will lay out his plan to take down ISIS, the Islamist group that has conquered vast swaths of Iraq and Syria and recently beheaded two American journalists. Obama is expected to outline a strategy that will involve working with a coalition of other nations, continuing air strikes, and training and advising the Iraqi military—but not reintroducing US ground troops. Yet even before the speech, a group of progressive lawmakers in Congress were voicing opposition to greater US military intervention in Iraq and Syria, while other liberal Democrats were supporting Obama’s steps toward more extensive, though limited, military action against ISIS. Though recent public opinion polls show a majority of Americans supporting air strikes against ISIS and the sort of military action Obama is adopting, his expansion of the US military role in Iraq (and possibly Syria) is threatening to split his own party.

Progressive Democrats opposed to greater US military intervention in Iraq tend to note that they share the widespread revulsion for ISIS, but they maintain that ramping up US military action is not necessary to protect US national security, would likely be ineffective, and could enmesh the nation (once again) in a prolonged and costly conflict. “While the US has an obligation to prevent imminent genocide, military force is not an effective solution to the broader strife afflicting Iraq,” says Rep. John Conyers (D-Mich.), a member of the Congressional Progressive Caucus (CPC). A July letter signed by 51 CPC members cautioned that “any solution to this complex crisis can only be achieved through a political settlement.”

The national security of the United States is not immediately at stake, says CPC member Rep. Charlie Rangel (D-N.Y.). And Rep. Peter Welch (D-Vt.), another CPCer, echoes this sentiment: “This is a Sunni-Shia conflict.” He points out that there are other brutal rulers in the world that the United States doesn’t feel the need to bomb. “Saudi Arabia last month did 19 legal beheadings.”

And some progressive Democrats fear mission creep. “Every war since World War II has started with advisers and consultants,” Rangel says, “and before you know it, thousands and millions of American lives are lost.”

Skeptical congressional liberals note that the United States could create more terrorists by further intervening in Iraq, as was the case with the 2003 invasion. “When we become involved in this region militarily, we become part of a thousand-year old sectarian battle in which we have no business and no friends,” CPCer Rep. Rick Nolan (D-Minn.) said in a statement. “Because we have no friends, we become a target of every single one of the warring factions.”

“We have to get past this bizarre notion that every time there’s something in the world we don’t like, we bomb it,” Rep. Alan Grayson (D-Fla.) wrote last month.

There is no consensus within the House progressive caucus. Other members say they’re all in behind the president. “I don’t think we have any other choice,” remarks Rep. Danny Davis (D-Ill.). “I think the president is doing what he must do.” Reps. Carolyn Maloney (D-N.Y.), Sheila Jackson Lee (D-Texas), Hakeem Jeffries (D-N.Y.), and Sen. Bernie Sanders (I-Vt.), the only senator in the CPC, agree.

Hero of the left Sen. Elizabeth Warren (D-Mass.) declined to comment. She has backed Obama’s actions so far in Iraq.

Most CPC members, according to a caucus staffer, will not take a position until they learn the details of the president’s plan—such as the estimated duration of the military action, the political steps in Iraq that will accompany increased military action, and the contribution of coalition partners.

But regardless of their support or opposition to that plan, many progressive caucus members do want the president to seek congressional backing before proceeding with expanded military action. In July, 51 of the 70 CPC lawmakers, along with 49 other Dems and Republicans, signed a bipartisan letter calling on the president to allow Congress to vote on further military action in Iraq.

At a Tuesday meeting with congressional leaders, according to the White House, the president told Senate and House members that he would welcome congressional action indicating support for his anti-ISIS campaign but that he believes he doesn’t need congressional authorization to move ahead.