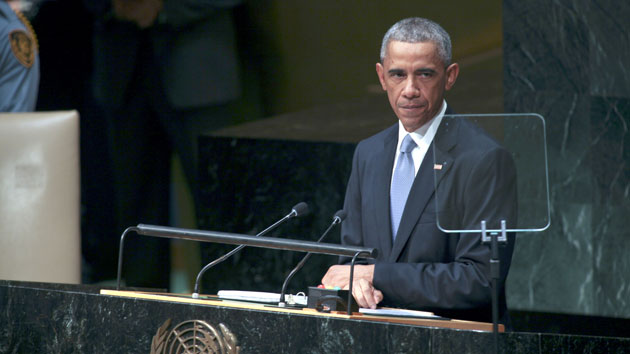 On Monday night, the US military bombed ISIS, the radical group taking over chunks of Iraq and Syria. As a “last-minute add-on,” as NBC put it, the US also targeted an organization called the Khorasan Group, a shadowy outfit composed of Al Qaeda veterans. After the bombing, the White House and the Pentagon noted that the Khorasan Group was in the “execution phase” of planning attacks on the West.

But some conservatives made sure not to give President Obama any credit for possibly thwarting a terrorist threat. Instead, they hatched yet another anti-Obama conspiracy theory: The president had concocted a supposedly new terrorist organization to destroy. That is, he and his aides were calling this new target the Khorasan Group, and not Al Qaeda, so they would not have to acknowledge that Al Qaeda—which the president in 2012 said was “on the run”—was still a threat.

“From what I understand, the [Obama] regime has given this group a new name in order for Obama to be able to continue to say he wiped Al Qaeda out,” Rush Limbaugh said on Wednesday. “So you come up with a new name for Al Qaeda, the Kardashians, or Khorasans, or whatever they are, and either way it’s defeating…So this new group is essentially just Al Qaeda renamed.”

Glenn Beck came to a similar conclusion: “What is Khorasan? [Director of National Intelligence] James Clapper mentioned Khorasan for the first time last week. What is it? It’s an Al Qaeda splinter group. Notice they’re not saying ‘Al Qaeda Khorasan.’ They’re just calling it Khorasan. Why? The Pentagon claimed they have been watching Khorasan for a very long time, but it wasn’t too long ago that this administration said Al Qaeda was decimated and on the run. But now they’re an imminent threat? It doesn’t add up, does it?”

Right-wing bloggers jumped on the bandwagon. Sweetness and Light (the Conservative Political Action Conference’s blog of the year in 2009), claimed, “There are dozens of Al Qaeda subsets, and we have never bothered to call them by their specific tribal names before—but now all of a sudden we have to call Al Qaeda ‘the Khorasan Group’ in order to help save Obama’s ass face.”

Sarah Noble of the Independent Sentinel wrote, “Khorasan IS Al Qaeda…They have been dangerous since 2009 and they have been unremittingly dangerous.”

But if the Obama administration wants to hide the Khorasan Group’s connection to Al Qaeda, it has done a poor job. The administration and US officials have been open about Khorasan’s affiliation with Al Qaeda—especially the ties of its leader Muhsin al-Fadhli, a close ally of Osama bin Laden—since disclosing details about the group this week before the strikes. Obama referred to the Khorasan Group as “seasoned Al Qaeda veterans” in a statement on Tuesday morning. US officials told the Associated Press earlier this month that the group of about 50 Al Qaeda veterans, mostly from Afghanistan and Pakistan, set up shop in Syria on the orders of Al Qaeda top dog Ayman al-Zawahari in order to attract recruits.

Because the Obama administration has not revealed any intelligence showing that the Khorasan Group was indeed close to executing plots against the United States and other Western nations, it’s hard for pundits and citizens to evaluate the claim that a direct and imminent threat was addressed by these air strikes. If administration officials can be taken at their word, then Obama has scored a hit in the battle against Islamic jihadists aiming to harm the United States. But that might be too difficult for conservatives to concede.