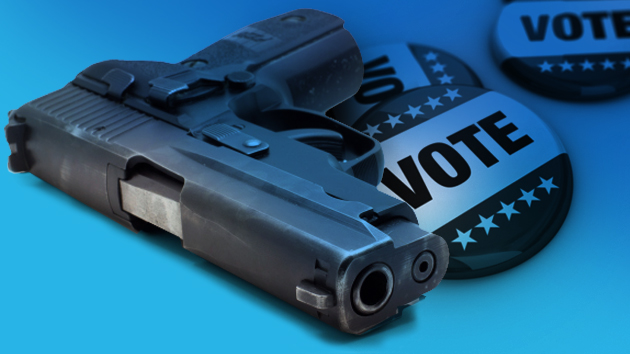 No election cycle in recent memory has seen the guns issue heat up the way this year’s has. The National Rifle Association, continuing a long-running strategy of campaign spending, earmarked over $11 million for this year’s elections—but for the first time in decades the nation’s leading gun lobby is facing some truly formidable opposition. Americans for Responsible Solutions, launched by former congresswoman and mass shooting survivor Gabby Giffords, and Everytown for Gun Safety, bankrolled by former New York City mayor Michael Bloomberg, have spent millions of their own to try to vanquish the NRA’s influence. How will it play out? Here are key races to watch on Tuesday:

The showdown: In perhaps the most-watched race on guns, voters will decide on two competing ballot measures on the issue of background checks. Initiative 594 would expand background checks for gun purchases online, at gun shows, or through private transactions, closing the so-called loophole in federal law.  The Washington Alliance for Gun Responsibility, which is leading the campaign for I-594, has received financial support totaling more than $2.5 million from both Everytown for Gun Safety and from Bloomberg personally. Bill and Melinda Gates also gave more than $1 million.

The gun lobby counterattacked with Initiative 591, sponsored by Alan Gottlieb, president of the Washington-based Second Amendment Foundation. I-591 would prohibit the state from requiring background checks unless a “uniform national standard” for those checks is created. If passed, I-591 could create several confusing legal scenarios: This sort of state-level prohibition could contradict federal law, which already allows states to mandate additional background checks. And if both I-591 and I-594 pass, they may negate each other and lead to a protracted legal battle.

Ricochet: Speaking out against I-594 in July, the NRA’s chief lobbyist in Washington state, Brian Judy, raised the specter of, what else, Nazi Germany. Referring to venture capitalist Nick Hanauer, who pledged $500,000 to back I-594 and who is Jewish, Judy said: “Now, he has put half-a-million dollars toward this policy, the same policy that led to his family getting run out of Germany by the Nazis…It’s like any Jewish people that I meet who are anti-gun, I think, ‘Are you serious? Do you not remember what happened?'”

The showdown: The NRA has spent millions on Thom Tillis, speaker of the North Carolina house and GOP candidate for US Senate. That’s the case despite the fact that Tillis’ opponent, incumbent Sen. Kay Hagan, has been a strong supporter of gun rights, having voted against bans on assault weapons and high-capacity magazines. She did, however, vote for the Manchin-Toomey amendment to expand background checks. The two candidates are in a tight race that could decide control of the Senate. In September, the NRA made a $1.4 million TV ad buy highlighting Tillis’ record on Second Amendment issues.

Ricochet: Tillis has an A+ rating from the NRA, not least because he supports the NRA’s agenda of legalizing guns all over the place. During his tenure in the North Carolina house, Tillis helped pass a bill expanding concealed carry in North Carolina to school parking lots, public parks, and restaurants serving alcohol. 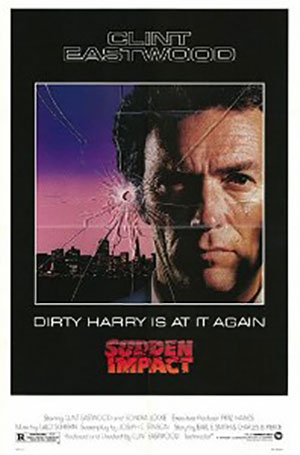 The showdown: The NRA has worked vigorously against incumbent Democratic Sen. Mark Udall in another of this year’s key senate battlegrounds. A week after the Sandy Hook massacre in December 2012, Udall came out in favor of stricter gun control legislation, and he voted for the Manchin-Toomey bill the following April. His opponent, Republican Rep. Cory Gardner, is decidely pro-gun rights; the NRA spent $1.3 million on a TV ad supporting Gardner. For its part, Americans for Responsible Solutions has targeted voters with digital and direct mail ads in support of Udall.

Ricochet: So-called “Make My Day” protections seek to allow Colorado homeowners to use deadly force if they feel threatened—and as a state representative, Gardner introduced a “Make My Day Better” law (a term he coined) no less than four times. Had it passed, it would have extended these self-defense protections to business-owners and employees.

The showdown: The NRA has spent big on this key Senate race, investing in Republican Rep. Tom Cotton, with $1.4 million going towards TV ads. In 2013, Cotton co-sponsored “The National Right to Carry Reciprocity Act,” which would have allowed concealed carry license holders to pack heat in all states that permit concealed carry.

Ricochet:  In 2013, the NRA ran radio ads praising Cotton’s opponent, incumbent Democratic Sen. Mark Pryor, after he voted against the Manchin-Toomey bill, which Pryor did in spite of direct pleas from family members of Sandy Hook victims. But gun control groups generally have not targeted Pryor for that vote, given his vulnerability in a deep-red state. (Everytown ran a TV ad in Arkansas criticizing Pryor shortly after his vote against Manchin-Toomey, but an Everytown spokesperson told Mother Jones that the group hasn’t taken any action against Pryor this election season.)

The showdown: The third congressional district race in Iowa is one of the most heated with respect to guns, with both Americans for Responsible Solutions and the NRA making six-figure buys for TV attack ads. The Republican candidate, David Young, helped block the Manchin-Toomey bill while working as Sen. Chuck Grassley’s (R-Iowa) chief of staff. An ARS ad focuses on how that makes it easier for domestic abusers to get guns:

Young’s challenger, former state Sen. Staci Appel, by contrast, voted for a law prohibiting gun possession by perpetrators of domestic violence in 2010. The NRA’s ad goes after her by linking her with former New York City Mayor Michael Bloomberg.

In the state’s tight Senate race, the NRA has so far spent more money against Democratic Rep. Bruce Braley than on any other candidate this year, throwing its support behind Republican state Sen. Joni Ernst. Ernst has consistently voted for pro-gun policies. The NRA recently aired a provocative ad in her support: A mom is putting her kids to bed and texting with her spouse, who is on his way home from the airport. Suddenly a man breaks in, and the clip cuts to yellow caution tape, while a narrator intones, “Bruce Braley voted to take away your gun rights.”

Americans for Responsible Solutions fired back a few days ago with its own ad, which features a county sheriff and highlights Ernst’s opposition to universal background checks.

Ricochet: The NRA has used versions of its Ernst ad in several other states, including Louisiana, Georgia, and West Virginia.

The showdown: Gabby Giffords represented Arizona’s 2nd congressional district before she was shot in the head during a community event in Tucson in January 2011. Now, in what is shaping up to be one of the nation’s tightest House races, Giffords’ Americans for Responsible Solutions has spent more money opposing Republican Martha McSally than it has spent on any other candidate. Incumbent Democratic Rep. Ron Barber beat McSally in the 2012 House race. Barber had served as Giffords’ district director, and was also wounded in the 2011 mass shooting.

ARS aired two commercials in September highlighting McSally’s opposition to closing the loophole on background checks at gun shows and online. The group debuted another ad this week.

Ricochet: In September, ARS ran a controversial ad criticizing McSally’s stance on laws that would have made it harder for convicted stalkers to get a gun. ARS yanked the ad after McSally announced that she had been a stalking victim and would support laws that would make it illegal for misdemeanant stalkers to buy guns.

The showdown: In the first and second congressional districts, ARS has spent big on TV ads that highlight former Republican Rep. Frank Guinta and state Rep. Marilinda Garcia’s opposition to universal background checks. While in Congress, Guinta cosponsored a bill for reciprocity of conceal carry permits across state lines.

Ricochet: In 2011, Republican congressmen read the Constitution aloud in its entirety on the House floor for the first time. Guinta read the Second Amendment, to the envy of some colleagues.