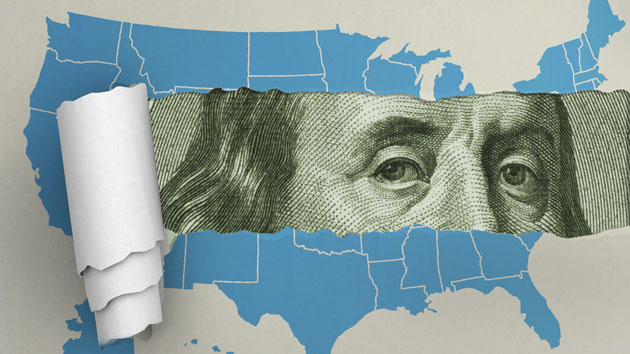 Many states are holding judicial elections on November 4—races that have been marked by nasty attack ads and unprecedented amounts of partisan money. Here are some of the key contests to watch:

North Carolina
This year’s election in the Tar Heel State will be the first in 10 years that won’t have public financing at its core. The state Legislature defunded the program in 2013, even after 14 of the 15 judges on the state’s Court of Appeals urged that it be maintained. In that context, the four Supreme Court candidates in 2014 are facing waves of outside spending. In a primary in May, Democratic Judge Robin Hudson faced off against Eric Levinson, a Republican, and attorney Jeanette Doran, another Republican who entered the race the day before the cutoff to file for candidacy. Roughly $1.3 million was spent on the primary alone, the bulk of which went toward campaigning against Hudson. One of the ads run against her accused her of siding with child molesters; it was funded by the Republican State Leadership Committee, which this spring launched an initiative focused specifically on state judicial elections. The operation, which aims to elect conservative judges, gets funding from entities including the US Chamber of Commerce, Walmart, and Koch Industries. Hudson survived the primary challenge and faces Levinson next week.

Michigan
Eight candidates are running for three open seats on the Michigan Supreme Court, where more than $1.2 million has been spent on TV ads, according to Justice at Stake. Michigan led the way in TV ad spending in judicial races in the 2011-12 cycle as well, with the state’s Republican and Democratic parties and the Washington, DC-based Judicial Crisis Network combining to outspend the candidates themselves by a factor of 3-to-1. Michigan also has the dubious distinction of having some of the nation’s worst campaign finance disclosure laws; in 2012, the New York Times reported that “records were set for both spending and lack of accountability.” In that cycle roughly $5 million in spending was reported by candidates, parties, and partisan groups, while an independent review found at least an additional $13.8 million was spent under the radar.

Tennessee
In August, Tennessee saw one of its most expensive and contentious Supreme Court retention races in memory, with more than $1.4 million in campaign spending. The political balance of the court was in play, with the state’s Republican lieutenant governor leading the charge to oust three Democratic judges, who retained their seats. But the fight isn’t over: In November, Tennesseeans will vote on Amendment 2, which would allow the governor to directly appoint appellate nominees, who would then be approved by the state Legislature. (Voters determine whether to retain judges only after the judges’ eight-year terms are up.) This differs from the current method whereby judges are nominated by a commission and then appointed by the governor. The change would cut out that first step, granting the governor more power.

Ohio
Next week Ohio voters will determine who occupies two Supreme Court seats, both currently held by Republicans. Judith French and Sharon Kennedy were both appointed to fill vacancies (French in 2013 and Kennedy in 2012), and both face Democratic challengers. Both Republicans have raised significantly more money than their Democratic counterparts. In 2012, Ohio ranked sixth in terms of total estimated spending on supreme court races ($3.5 million), but was unique in that the vast majority of that money was raised by the candidates themselves. Spending on supreme court TV ads was highest in Ohio from 2000-09 ($8.6 million), and overall spending during that time came to nearly $30 million.

Florida
Florida has seen its once-sleepy judicial elections heat up big time over the last few years. The state ranked near the bottom of the list between 2000-09 in terms of judicial candidate contributions, with nominees raising just $7,500 during that entire period. But that changed in the 2011-12 cycle, when three Supreme Court judges were up for retention votes, with candidate fundraising coming in at more than $1.5 million and independent spending topping $3.1 million. The candidates and their supporters raised and spent more than $4.6 million of the nearly $5 million spent overall. This cycle Florida voters will weigh in on Amendment 3, which would allow an outgoing governor to pick successors to current justices, giving the governor a lot of power to shape the court on the way out the door. (Current law allows the incoming governor to appoint justices.)

Texas
Texas is unique in that it has two high court systems: the Texas Court of Criminal Appeals, which handles criminal cases, and the Texas Supreme Court, which handles civil cases. Between the two there are seven seats up for election in 2014. The Texas Supreme Court is perhaps the oldest battleground in the state judicial race wars. In the late 1980s and into the 1990s, Karl Rove helped set up the big-money game of judicial campaign fundraising. Rove appealed to business leaders and their disdain for trial lawyers, building a fundraising model that has since been duplicated in other states. A once Democratic Texas Supreme Court became all Republican by 1999, and has shown little prospect of flipping since. (Republican candidates nonetheless have raised more than $3 million this cycle.) The same holds true for the Texas Court of Criminal Appeals, whose candidates have only raised about $100,000. Yet the stakes are high given that court’s impact on executions—which are carried out often by Texas.