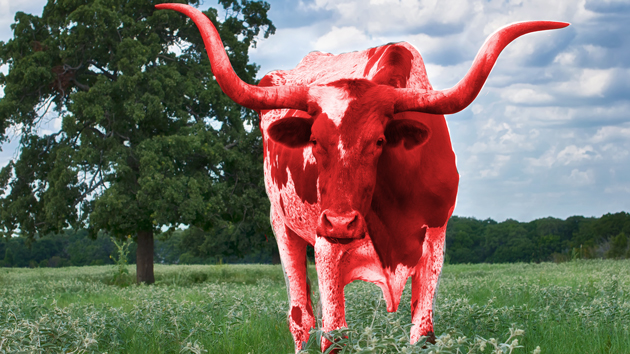 Oops. Last year, fresh from a presidential reelection campaign in which it was hailed for its 21st-century tactics and organizing prowess, a group of Obama for America veterans descended on Texas with the goal of turning the state purple. They launched a new group, Battleground Texas, raised millions from wealthy donors, and teamed up with a rising Democratic star running for statewide office. What happened next will…probably not shock you.

In the first test-drive for Battleground Texas, Democrats got trounced, losing every statewide race for the 16th consecutive year. In the much-hyped governor’s race, state Sen. Wendy Davis lost to Attorney General Greg Abbott by 21 points. She fared only two points better than the sacrificial lamb running for agriculture commissioner, who didn’t campaign at all. But Republicans didn’t just fend off Davis, or rile up their base against a Democrat whom activists mocked as “abortion Barbie”—they ran up the score, and did so in all the places where Democrats were supposed to take baby steps.

When Battleground Texas first launched, 2014 was considered too much, too soon. But when Davis entered the race, fresh off of an 11-hour filibuster of an anti-abortion bill, the calculus changed. The group merged its offices with Davis’ gubernatorial campaign, set about building an army of 34,000 canvassers, lawyers, and voter-registration volunteers, and looked to pick off low-hanging fruit wherever it could.

The idea was that an Obama-style organizing operation could make a real impact in down-ballot races, which are traditionally less sophisticated. It didn’t.

Battleground invested in a dozen state-legislature races, targeting House and Senate districts that will have to turn purple for anyone at the top of the ticket to have a chance—East Dallas, the Houston suburbs, and a South Texas seat held by a party-switching state represenative. Democrats didn’t win a single one, and most of the races weren’t even close. In Harris County (Houston), where Democrats talked of tapping into the roughly 800,000 nonregistered potential voters, Davis lost by four points. (The Dem’s 2010 nominee, Bill White, won it by two.) In the final indignity, Democrats even lost Davis’ state Senate seat to a pro-life tea party Republican.

“Tonight’s decisive victory proves they picked the wrong battleground,” boasted GOP state Sen. Dan Patrick, who won the race for lieutenant governor by 19 points, despite an almost concerted effort to alienate Hispanic voters. (He warned, at one point, that child migrants might bring Ebola with them across the border.)

Soon-to-be-governor Abbott had a low bar to clear, and he did so easily. Davis hammered him for comparing law enforcement corruption in heavily Hispanic South Texas to that of a “Third-world country,” and for refusing to say whether, as attorney general, he would hypothetically defend a hypothetical Texas law banning interracial marriage. (Abbott’s wife, Cecilia, is Mexican-American.) His simple response was to show up in South Texas and campaign seriously. It paid off: Abbott won 44 percent of Latino voters, according to exit polling—including a plurality of Latino men.

And, in a sprawling, heavily Hispanic district that stretches from San Antonio to El Paso, Republicans unseated Democratic Rep. Pete Gallego. His replacement: Will Hurd, a former CIA agent who will be Texas’ first black Republican congressman since Reconstruction.

One silver lining for Battleground Texas is that no one was even running in some of these races two years ago.

One silver lining for Battleground Texas is that no one was even running in some of these races two years ago. On Wednesday, the organization released a detailed memo from Senior Adviser Jeremy Bird and Executive Director Jenn Brown outlining their accomplishments and vowing to fight on: “We said from the beginning that turning Texas into a battleground will take time and commitment—and we’re just getting started.” Among their wins: a more potent fundraising operation, a growing voter database, and a nugget from the exit polls: higher percentages of young voters, women voters, and minority voters than in 2010.

But the voters just weren’t going for Davis. Even though Battleground boasted of having trained 8,700 new voter-registration volunteers, the overall voter turnout dropped by 300,000 from 2010. Absent any sort of marquee victory to call its own, the fate of Battleground is now outside its control. Texas Democrats won’t have another big election for four years—plenty of time to lose interest—and, well, something else might come up in the interim.

When I dropped by the group’s Fort Worth headquarters in September, I asked director Brown if she’d consider leaving her post to work for Hillary Clinton’s almost certain presidential campaign. She laughed and looked down at the mostly blank paper in front of her.

“The most important thing about Battleground Texas is that it is a Texas-run organization,” she said. “It’s not about me—I just am lucky to be a part of it, so I actually think no matter who runs it, whether it’s me or something else, ultimately, we don’t actually run the organization.”

So, Battleground took a shellacking in its first test run. Now comes the hard part.