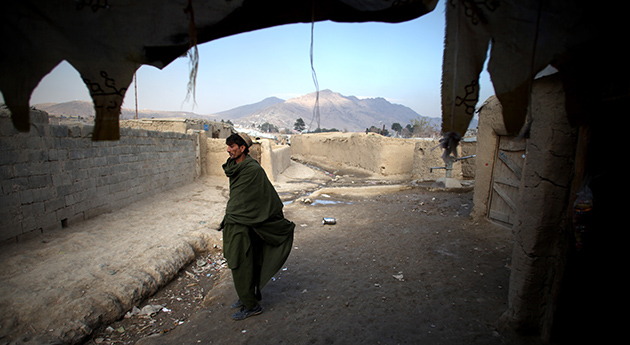 On Monday, the US military officially ended its combat operations in Afghanistan. It’s still planning to keep about 10,000 troops there in support and advisory roles. American forces will still target the Taliban, and it’s unclear just how long the remaining troops may stay. Departing US commanders aren’t sure that the Afghan police and military will be able provide enough security for stability, and they’re not shy about sharing their opinions.

But that’s not the only challenge facing the Afghan government. In a report released this morning, John F. Sopko, the Special Inspector General for Afghanistan Reconstruction (SIGAR), detailed seven high-risk areas that are “especially vulnerable to significant waste, fraud, and abuse” as the reconstruction of Afghanistan (which has cost $104 billion so far) enters this new phase.

“Even in countries at peace, there is no such thing as a risk-free project,” Sopko said. “But in the conflict zone that is Afghanistan, the risks of waste, fraud, and abuse multiply. The problem is that American taxpayer dollars and our strategic and humanitarian interests in Afghanistan are being placed at unnecessarily high levels of risk by widespread failure to track results, anticipate problems, and implement prudent countermeasures.”

1. Corruption still rules: Corruption has long been a problem in Afghanistan. The United States and other donor nations have continued to pour billions into the country without a comprehensive anti-corruption strategy. (In one case in 2010, 19 people stole nearly $1 billion from the country’s largest private bank).

2. Afghanistan is more or less a narco state: As Matthieu Aikins recently pointed out in Rolling Stone, the opium industry accounts for about 15 percent of Afghanistan’s GDP, a “figure that is set to rise as the West withdraws.” The US has spent more than $7.6 billion trying to crush the Afghan opium trade, but it’s stronger than ever. Sopko has said in the past that recent gains in areas like women’s rights, health, and education are in jeopardy due to the country’s booming narcotics trade. The problem now, he writes, is that the United States no longer sees fighting narcotics as one of its top priorities in the country.

3. Afghan security forces remain weak: US taxpayers have spent more than $61 billion on the Afghan National Security Forces. But it still doesn’t look like the ANSF is up to the task of securing the country. Among the myriad problems facing the ANSF, many of its personnel can’t read: “Despite a $200 million literacy-training contract, no one appeared to know the overall literacy rate of the ANSF,” Sopko writes in his report.

4. The Afghan government can’t fund itself: Afghanistan’s domestic revenues accounted for less than 40 percent of the total budget in 2013, a figure that’s unlikely to change soon. “The evidence strongly suggests that Afghanistan lacks the capacity—financial, technical, managerial, or otherwise—to maintain, support, and execute much of what has been built or established during more than a decade of international assistance,” Sopko says in his report. That leaves international donors to fill the gap.

5. Contracts and oversight are a mess: Nobody knows how much we’ve spent on contracts for Afghan reconstruction since 2002, Sopko writes. A 2013 SIGAR estimate put the value at roughly $37 billion between 2002 and 2013. Many of the contracts appear to lack overall management and controls for things like shoddy work and “widespread lack of compliance with published rules, policies, and standards.” Plus, US civilian oversight officials can safely access only a fifth of the country.

6. Afghan officials can’t manage US aid: For years, most American support to Afghanistan came in the form of contracts and grants. Afghan officials didn’t have much control over how the money was spent. But since 2010, the US has tried to funnel more aid through the Afghan government. But pervasive corruption, lack of capability, and inadequate oversight leave Sopko thinking that Afghanistan’s leaders can’t manage the money going forward.

7. War and reconstruction don’t play nice: Planning for military success and reconstruction goals doesn’t always mesh, and Sopko sees that problem getting worse in the months ahead. The failure to ensure that American efforts in Afghanistan are making things better, he writes, “threatens to cause agencies and projects to work at counter-purposes, spend money on frivolous endeavors, or fail to coordinate efforts to maximize impact.”