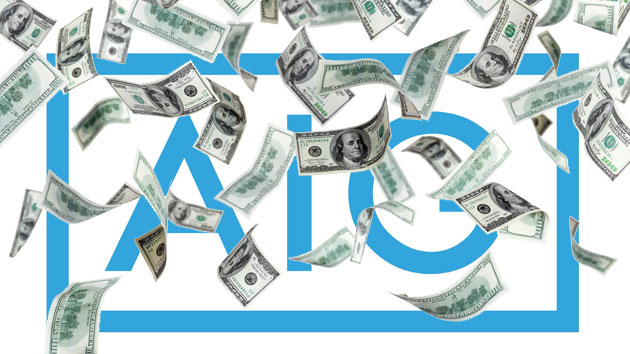 UPDATE: Sen. Tom Coburn (R-Okla.) managed to single-handedly hold up the Terrorism Risk Insurance Act’s renewal last night, allowing it to expire at the end of the year. In a statement, Sen. Charles Schumer (D-NY) said he hopes the House will pass TRIA at the start of next year “because billions of dollars of projects and hundreds of thousands of jobs are at risk.”

You can add insurance industry subsidies to the list of giveaways being shoved into the massive, last-minute government spending bill Congress is trying to vote on to avert a government shutdown. A seven-year extension of the Terrorism Risk Insurance Act (TRIA)—which is essentially a government promise to bail out insurance companies after a major terrorist attack—has become part of this appropriations measure. The insurance industry and some of its bigger corporate clients claim renewing the 9/11-inspired law is critical to keeping the industry alive. Critics, citing the industry’s own risk analysis, say it’s pretty much useless.

TRIA, which is set to expire December 31, was approved by Congress after the September 11 attacks. Before then, a major attack was considered such a far-off possibility that terrorism insurance was generally included in commercial policies without added cost. But the attacks were a catastrophe for the industry, costing more than $40 billion in today’s dollars—the greatest loss for a non-natural disaster on record. After those payouts, many companies either stopped offering terrorism coverage or made it enormously expensive, according to a Congressional Research Service report on the subject. In 2002, Congress passed TRIA, which requires insurers to offer terrorism coverage—and promises to bail them out if a future terrorist attack causes losses above a certain threshold. With this law, the government acts as an insurer for the insurers—but it doesn’t charge them a dime for the protection.

The TRIA renewal in the spending bill will shift more of the burden of covering losses due to terrorist attacks to the insurance industry relative to the previous law. The threshold for an industry bailout would double, from $100 million in damages to $200 million, and the portion of losses covered by the government would fall from 85 percent to 80 percent. The law does include a provision the government could use to get some of its bailout money back; it would allow the government to tax policyholders, but this is not mandatory.

Critics, including Sen. Elizabeth Warren (D-Mass.), have called TRIA a giveaway for the industry. Similar programs exist in Europe and Australia, but those programs bill insurance companies in advance for the protection, instead of giving it away for free and then possibly taxing policyholders after the fact. If the government did charge for TRIA coverage, it could collect about $570 million annually, according to the Congressional Budget Office. The Consumer Federation of America, citing the insurance industry’s own risk analysis, notes that only the owners of “high-risk” terrorist targets— large, commercial buildings in New York City, Washington, DC, San Francisco, and Chicago—and their insurers benefit from TRIA. Although terrorism insurance rates would increase if TRIA were repealed, the group says, few policyholders would see the difference.

If there were a terrorist attack on one of those large commercial buildings, the industry is probably equipped to handle the loss without a government backstop. In the first half of 2014, American property and casualty insurers (TRIA’s main industry beneficiaries) were sitting on a record surplus of $683.1 billion, according to an industry report—enough to cover 15 times the losses endured on September 11.

In a September 8 letter to Congress, 400 companies and trade associations, from AIG to United Airlines and Walt Disney, contended that TRIA maintained “economic stability in the face of ongoing terrorist threats,” and that without it insurance companies would be unable to provide adequate coverage. A few weeks later, the Insurance Information Institute, an industry-funded advocacy group, cited ISIS’s promise to attack the United States as a reason for extending the law.

More than 100 companies and trade associations lobbied Congress on TRIA. Looks like it was money well spent.