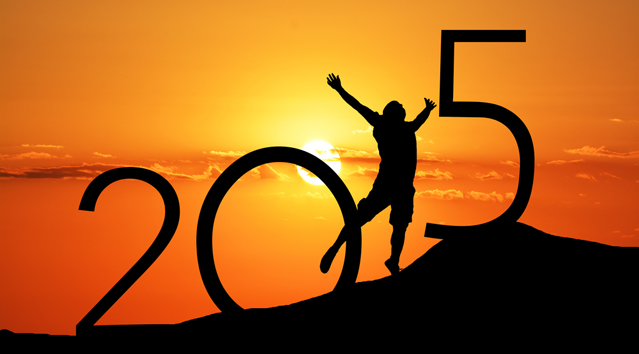 So it’s five days into the new year—how are those resolutions going? Yeah, that’s what I thought. Sure, you could use science to shore up your flagging resolve to hit the gym every morning or play less Candy Crush. But if you need a little additional sonic inspiration, read on.

You want to: Embrace who you are.

Your song is: Perfume Genius’ “Queen.“

“No family is safe when I sashay,” Mike Hadreas sneers in this defiant celebration of queer identity. As he put it in his own explanation of the song: “If these fucking people want to give me some power—if they see me as some sea witch with penis tentacles that are always prodding and poking and seeking to convert the muggles—well, here she comes.”

You want to: Reconnect with your estranged relatives.

Singer Mark Kozelek’s struggle to find meaning in a freak garbage-burning accident that killed his second cousin makes for a stark, haunting ballad. “You don’t just raise two kids and take out your trash and die,” he pleads. By the end of the song, you’ll have your phone in your hand and your family’s number halfway dialed—if you’re not too busy wiping your eyes.

You could read the wisest advice columnists, the most egregious collections of bad pickup strategies, and even OKCupid founder Christian Rudder’s data-driven take on the subject of finding love. Or you could just listen to this blast of ’90s girl group goodness.

You want to: Unplug.

Maybe you’re already burned out on all the scrubs in the online-dating universe, or maybe you’re worried about Facebook influencing your vote and giving you an eating disorder. Either way, take a break from the screens and dance to this funk-infused critique of online voyeurism. “If I can’t show it/If you can’t see me/What’s the point of doing anything?” singer Annie Clark asks wryly.

You want to: See the world.

Your song is: Iggy Pop’s “The Passenger.”

You might know it as the soundtrack to a Guinness commercial or the intro theme music for Anderson Cooper 360, but if you listen to the lyrics, this song is actually a meditation on the nihilistic pleasure of traveling through a decaying urban landscape. Plus, Iggy seems like he’d be an entertaining road trip companion.

You want to: Get in shape.

What are you doing sitting around and reading this playlist? Get to the gym already.

You want to: Make new friends.

Your song is: Friends’ “Friend Crush.”

I’m not sure if this band is just really into friendship or what, but it perfectly captures the blurred line between friend-courting and romantic courting in this sultry, bass-driven tune.

You want to: Quit smoking.

Your song is: Talking Heads’ “Burning Down the House.”

A gentle reminder about the dangers of smoking in bed.

You want to: Change your diet.

If you’ve been contemplating a switch to vegetarianism, allow Case to persuade you. Her vision of a world in which the battle between humans and nature has reached a decisive end (“Salty tentacles drink in the sun but the red tide is over/The mollusks they have won”) will make you scared to go near a plate of shellfish ever again in your life.

Your song is: “Flawless.”

To be honest, this should be everyone’s resolution.