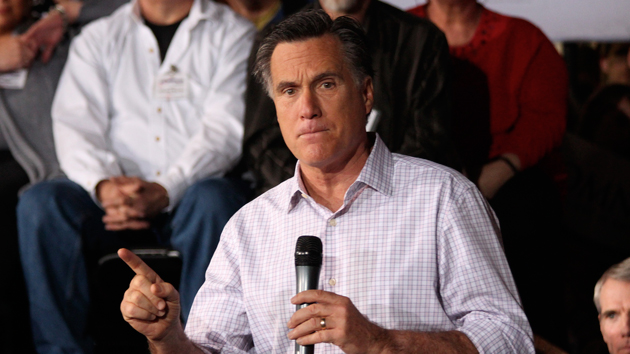 In 2012, Mitt Romney’s career as a businessman who earned many millions of dollars became a net loss, as political foes slammed him for running Bain Capital, a private equity firm that invested in US companies that downsized and shifted jobs overseas and that obtained financial stakes in foreign companies that depended on US outsourcing for profits. At the same time, Romney, who refused to do a full release of his tax returns, was hit with questions (he didn’t answer) about mysterious personal investments in offshore accounts. Should he mount a third presidential effort, as he has told GOP funders he is considering, all of these issues are likely to return. But there’s another matter that will be be added to the pile of financial controversies for Romney to face: Solamere Capital, the $700 million private equity firm cofounded by his son Taggart that Romney has helped run since March 2013. Who has Romney been investing with, and what has he been investing in? These are questions that Romney 2016 will confront and that, no doubt, the firm will not want to answer.

In March 2013, Mitt Romney became chair of Solamere’s executive committee and a member of its investment committee, and Solamere’s bare website currently lists him as the executive partner group chairman. The site only describes the company as “a collection of families and influential business leaders leveraging their broad networks and industry expertise to invest strategic capital.” But the firm has recruited scores of investors willing to give the Romneys millions, and it has invested in an untold number of other funds and companies. Any of these parties—the investors or the investments—could pose a conflict of interest for a presidential candidate or raise a significant question. Has Solamere invested in companies that outsource? Or in overseas firms that compete with US firms? Has it drawn investments from people or corporations at home or abroad that want to curry favor with a possible president? Might the companies and private equity firms Solamere invests in have an interest in lobbying a future Romney administration? There is no way for the public to know; the firm does not disclose any information on its investors or investments. So how will Romney respond to these and other questions about his work for Solamere?

Shortly after Romney ended his presidential bid in early 2008, Tagg Romney and Spencer Zwick, who had been the Romney campaign’s financial director, formed Solamere, which was named after a ritzy part of Utah’s Deer Valley where the Romney family owned a ski mansion. As the New York Times reported, “Neither had experience in private equity. But what the close friends did have was the Romney name and a Rolodex of deep-pocketed potential investors who had backed Mr. Romney’s presidential run.” The pair brought in a third partner, Eric Scheuermann, who did have years of private equity experience. In its early days, the firm seemed part of the Romney network. At one point, Solamere shared an address with Romney’s political action committee. It solicited investments from the well heeled, generally seeking a minimum of a $10 million buy-in. According to the Times, Mitt and Ann Romney sank a “critical, early” $10 million into their son’s venture, signaling that the firm had Mitt’s blessing, which Tagg and his crew could use as a selling point as they chased after funding from others.

In 2008, Solamere set out to raise $200 million, and by May 2009 it had attracted $186 million from 39 investors, according to Securities and Exchange Commission records. Tagg Romney, Zwick, and Scheuermann, the records noted, would receive an estimated $16.8 million in management fees in the first six years. The records do not indicate the identities of the 39 investors who kicked in the initial financing. But other public records show that corporate titan Meg Whitman, a longtime friend and political ally of Mitt Romney, invested more than $1 million in Solamere. The University of Utah put about $1 million if its endowment into the firm’s fund. H. Lee Scott Jr., the former CEO of Walmart and short-time member of the board of Goldman Sachs, was an early investor, became a partner, and served on Solamere’s investment committee. Tagg Romney told the Times that his early investors included a few NASCAR drivers, two NFL quarterbacks, and nine heads of other private equity firms. One of Solamere’s initial investments was in a North Carolina financial-services firm operated by former officials of a financial company run by Allen Stanford, who was later convicted of running a massive Ponzi scheme. These officials had come from the Charlotte office of the Stanford Financial Group, which had been closed by the feds for selling phony certificates of deposit.

During the 2012 election, with Zwick helping to run Solamere and simultaneously raising money for Mitt Romney’s presidential bid, government ethics advocates questioned the probity of the coziness between Romney’s political funders and his fellow Solamere investors. Stephen Hess of the Brookings Institution told the Boston Globe that Solamere was an example of how business and political elites operate “in the first-class compartment.”

Four months after Romney flamed-out as a presidential candidate, Solamere announced that he would “play a greater role” at the firm, chairing its executive committee and participating on its investment committee. “We believe that Governor Romney’s experience and insight in private investing will enhance Solamere’s distinctiveness,” the firm said in an email to investors.

With Mitt Romney more involved, Solamere expanded. And demand to be in business with Romney was high. The firm, according to Fortune, was seeking about $300 million for a second round of investment. In the email to investors, Solamere noted, “we feel strongly that there is value in not raising too large of a fund, and therefore anticipate keeping the size to a level we feel we can appropriately manage within our desired band of target returns.” But in May 2014, Solamere Capital filed reports with the SEC noting it had created two new funds, with 200 investors investing a total of $472 million. (Five months later, Solamere reported these two funds had actually drawn $527 million from 215 investors.) Investor interest had been so intense that the firm had raised its self-imposed limit on the size of the funds to accommodate all the investors who wanted to be in bed with Mitt and Tagg Romney. These new funds would invest in other private equity funds and invest directly in private companies.

Solamere freely mixed politics and business. In June 2013, as it was hunting for investors, the firm sponsored a policy conference convened by Mitt Romney at an exclusive resort in Park City, Utah, which attracted Rand Paul, Chris Christie, and Paul Ryan as speakers. At the same time—and in the same place—Solamere hosted a conference for investors. As the Washington Post reported, “The concentration of wealthy Romney backers in one place is a natural draw for politicians with national ambitions. But, as Solamere investors acknowledged, the gathering also provided them with potential targets, lending the retreat an aura of personal enrichment along with the focus on public policy.”

With Mitt Romney now an active participant in Solamere Capital, the implications for his potential presidential campaign are more serious. In the last days of the 2012 campaign, several liberal good-government groups and unions sent a complaint to the US Office of Government Ethics charging that the financial disclosure form Romney had filed as a presidential candidate was not in compliance with federal law because, in part, it did not list Solamere’s holdings. On the form, Romney noted his family’s investments in several funds, including Solamere’s first fund, but he did not reveal what Solamere invested in—meaning the ultimate investment was not disclosed. As the complaint noted, “precisely because private equity firms typically invest heavily in a few select companies…there is a far greater chance that ownership of these funds could lead to a conflict of interest.” The Office of Government Ethics did not respond to the complaint, and the matter died.

Romney’s Solamere issue will be different this time around. He’s not a passive investor. He has helped run the firm and guide its investments for the past two years. He knows where the money is coming from and where it is going. There will be demands for him to reveal who he has been hobnobbing with financially so it can be ascertained if he is burdened by conflicts of interest—or if he has been making money in a manner at odds with his public policy pronouncements. But firms such as Solamere thrive on privacy. Their investment picks are their secret sauce, and many of their investors might prefer being unnamed.

In the 2012 campaign, Romney was the candidate who defied transparency. (In one memorable moment, an irritated Ann Romney huffed that she and her husband had disclosed “all you people need to know.”) Kevin Madden, a top Romney adviser in 2012, recently noted that the Obama campaign successfully turned Romney’s tax return question into a “character issue” that damaged Romney. With Jeb Bush releasing tens of thousands of emails from his time as Florida governor and signaling he will make public at least a decade’s worth of tax filings, Romney, should he enter the contest, could run smack into the same challenge. But even if he wants to avoid problems similar to those of the 2012 campaign, can he reveal the inner workings of a private equity firm that was fueled by political capital? Might such revelations hurt his political prospects or harm his son’s company? With Solamere, Romney has a new private equity problem.