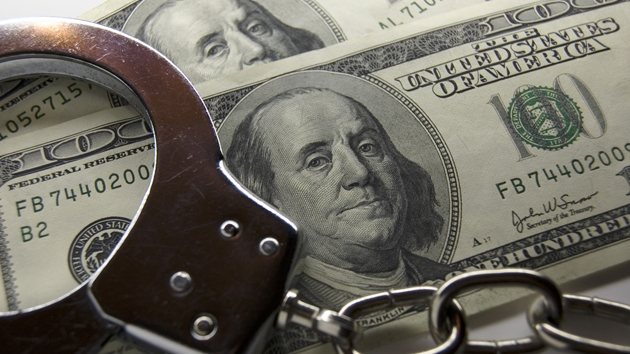 In his inaugural speech in January, Arizona’s new Republican governor, Doug Ducey, struck a budget hawk’s tone while staring down a $1.5 billion budget shortfall. “Fair warning: The budget will not meet with general approval among special interests.” he said. “I can assure you that a more efficient government is not only necessary, but sensible.” But there was one special interest group that must have been pleased when Ducey rolled out his budget proposal: the private prison industry.

Last week, Arizona’s state corrections director, Charles Ryan, went to the state Legislature to pitch the plan, claiming the new prison would accommodate a projected increase in inmates. Arizona already has the sixth-highest incarceration rate in the United States—Massachusetts, which has roughly the same population as Arizona, incarcerates one-fourth as many people. State experts blame draconian sentencing laws, such as the requirement that nonviolent offenders serve 85 percent of their sentences behind bars. In a statement to the Arizona Republic, Daniel Scarpinato, a Ducey spokesman, cast the plan as a safety imperative. “State prison beds are at capacity. More prisoners require more beds, and the governor is not going to risk public safety during a budget shortfall,” he said.

Critics of the plan have argued that funding a private prison is not a one-time expense. The state would be locked in for $100 million in operating costs over three years, and as much as $1.5 billion over the next two decades, according to the Grand Canyon Institute, an Arizona think tank. Beyond that, depending on contract specifics, Arizona is required to keep private facilities at 90 to 100 percent occupancy—a burden that several experts believe could thwart Arizona’s emerging criminal-justice-reform movement, which is targeting harsh sentencing laws, among other things, that add to the state’s high incarceration rate.

While Ducey makes the case to spend money on a new prison, Arizona universities are fighting off deepening budget cuts. The proposed $75 million cut represents 10 percent of the total budget for Arizona’s three major public universities, a threshold that school regents said they’d accept. Concern has mounted, however, that more than $90 million could be cut. From 2009 to 2012, Arizona universities saw $400 million in cuts, which the Center for Budget and Policy Priorities called the largest education cuts in the country. Since then, tuition has doubled and enrollment has increased. (The state constitution mandates that higher education be “nearly as free as possible.”)

State lawmakers are considering Ducey’s prison proposal in committee hearings this week. Dan Hunting, a senior policy analyst at Arizona State University’s Morrison Institute, says that legislators have historically been supportive of private prisons, but says the public feels “the pendulum has swung too far on the ‘get tough on crime’ side,” and that voters are hungry for a change in direction.

But representatives from both parties have suggested that the governor’s belt-tightening simply doesn’t add up. State Sen. Kelli Ward, a deeply conservative Republican, said, “My constituents would like to see us prioritize teachers and kids over criminals.” Dave Wells of the Grand Canyon Institute says that Ducey’s push for prisons over universities is politically risky, and out of sync with state voters’ priorities. “We used to spend hundreds of millions more on universities than corrections,” he says. “Now, that’s potentially being reversed.”