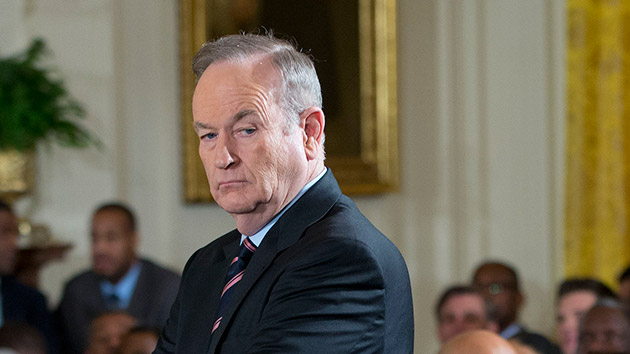 On Thursday, Mother Jones published an article by Daniel Schulman and me documenting how Fox News host Bill O’Reilly has mischaracterized his wartime reporting experience. It noted that he has repeatedly stated that during his short stint as a CBS correspondent in the 1980s, he was in the “war zone” during the Falklands war between the United Kingdom and Argentina in 1982. He once claimed he had heroically rescued his cameraman in  “a war zone in Argentina, in the Falklands,” while being chased by army soldiers. Yet no American journalist reached the war zone in the Falkland Islands during this conflict. O’Reilly and his colleagues covered the war from Buenos Aires, which was 1,200 miles from the fighting.

O’Reilly responded to the story by launching a slew of personal invective. He did not respond to the details of the story. Instead, he called me a “liar,” a “left-wing assassin,” and a “despicable guttersnipe.” He said that I deserve “to be in the kill zone.” (You can read one of my responses here.) And in his show-opening “Talking Points memo” monologue on Friday evening, he continued the name-calling.

In a way, it’s impossible to win a debate with O’Reilly because he is not bound by reality. In response to the article, he told Fox News’ media reporter, Howard Kurtz, “Nobody was on the Falklands and I never said I was on the island, ever.” Yet our article included video of O’Reilly saying in 2013, “I was in a situation one time, in a war zone in Argentina, in the Falklands, where my photographer got run down and then hit his head and was bleeding from the ear on the concrete. And the army was chasing us.” Note the words “war zone” and “in the Falklands.”

Part of our article examined his depiction of a protest in Buenos Aires after the Argentine junta surrendered to the British. O’Reilly covered that event, and in a 2001 book, he wrote, “A major riot ensued and many were killed.” He has called it a “combat situation.” In a 2009 interview, he recalled how soldiers “were just gunning these people down, shooting them down in the streets” with “real bullets.” Yet no media reports of the event that we found referred to such dramatic violence or any fatalities. Not even the CBS News report on the protest that O’Reilly contributed to mentioned soldiers shooting and killing civilians. Erik Wemple, a media critic at the Washington Post, has examined this part of our article in detail. He, too, found that there were no news reports matching O’Reilly’s description—and that this was not “combat.” He concluded that this “appears to be a  a Brian Williams-level embellishment.” (Wemple is married to a Mother Jones reporter. You can watch this Washington Post video and decide if his assessment is fair.)

Another part of the story concerned O’Reilly’s portrayal of a reporting assignment he had in El Salvador in 1982. In a book, he described a harrowing trip to a village that “was leveled to the ground and fires were still smoldering. But even though the carnage was obviously recent, we saw no one live or dead. There was absolutely nobody around who could tell us what happened. I quickly did a stand-up amid the rubble and we got the hell out of there.” Yet the 1982 news broadcast he filed and that aired on the CBS Evening News showed residents walking about this hamlet and only one or two burned-down structures.

But now O’Reilly continues to insist that he has not embellished or mischaracterized anything—and that he is the victim of a smear campaign. So let’s turn to his “Talking Points memo” monologue, as published on the Fox News site, with my responses in italics.

Hi, I’m Bill O’Reilly … thanks for watching us tonight … more proof the American media is corrupt. That is the subject of this evening’s Talking Points memo. This man … 56-year-old David Corn … who works for the far left magazine … Mother Jones … smeared me, your humble correspondent, yesterday … saying I had fabricated some war reporting. Mother Jones … which has low circulation … considered by many the bottom rung of journalism in America. however … in this Internet age … the defamation they put forth … gets exposure. and so I have to deal with this garbage tonight. I’m sorry.

Mother Jones did give O’Reilly a chance to “deal with this” earlier. Before posting the article, we sent him and Fox News a detailed list of questions and asked for comments and clarifications. They chose not to respond at all.

basically David Corn … a liar … says that I exaggerated situations in the Falklands War … and Salvadoran War.

The article did not use the word “exaggerate.” It noted that there were contradictions between his accounts and the factual record.

33-years ago in June … Argentina surrendered to Great Britain … ending the Falklands War. I was covering the conflict from Argentina and Uruguay for CBS News.

In his own 2001 book, The No Spin Zone, O’Reilly says he arrived in Buenos Aires just before the war ended.

After learning of the surrender … angry mobs in Buenos Aires … stormed the presidential palace … the Casa Rosada … trying to overthrow the government of General Leopoldo Galtieri.

News accounts, including the CBS News report, noted that a crowd numbering in the thousands had gathered to hear the president, but people grew angry after learning Galtieri would not speak, with many denouncing him and his junta as traitors for surrendering to the Brits. Media accounts do not describe the scene as a mob storming the palace, but angry protesters who set fires, broke store windows, and jostled reporters.

I was there on the street … with my camera crews.

In a 2009 interview, O’Reilly claimed other CBS journalists were too fearful to cover this event: “I was out there pretty much by myself because the other CBS news correspondents were hiding in the hotel.” Yet veteran CBS News reporter Bob Schieffer, who was then the lead correspondent in Buenos Aires says, “We were all out with our camera crews that day to cover the protest. I’d been out there with a crew too.”

The violence was horrific. … as Argentine soldiers … fired into the crowd … who were responding with violent acts of their own. My video of the combat … led the CBS Evening News with Dan Rather that evening. and later on … I filed a report … that ran nationwide. That’s what happened.

In tonight’s account, O’Reilly doesn’t say—as he has previously said—that Argentine troops gunned down civilians and many were killed. So is he standing by those prior assertions? He does still refer to the protest as “combat.”

I never said I was on the Falkland Islands… as Corn purports … I said I covered the Falklands War … which I did.

Now … in what I consider to be a miracle … I found this CBS internal memo from 33 years ago … praising my coverage that day. The cable was sent to the CBS bureau chief in Buenos Aires … by the news desk here in New York City: “Doyle, O’Reilly didn’t have the time last night but would like to say many thanks for the riot piece last night. WCBS-TV and WCAU-TV both took the entire piece, instead of stripping it for pix. They called to say thanks for a fine piece.” “Thanks again. Your piece made the late feed, a winner last night.”

No one has suggested O’Reilly did not cover the protest or that the footage he obtained was not valuable for CBS News.

Want more? … here it is: Shortly after my crew and I … escaped grave danger on the streets of Buenos Aires … I wrote to CBS News boss Ed Joyce … praising the crew’s bravery. I have the letter: “The crews were great … the riot had been very bad, we were gassed, shot at, and I had the best vantage point in which to report the story.”

No one has suggested that O’Reilly and his crew did not perform well while covering a protest that turned ugly.

So we have rock solid proof … that David Corn … smeared me … and some websites that picked up his defamation … did as well.

Now … I had to spend hours last night … on the phone with various reporters … and crawling around my basement covered with dust to find documents from 33 years ago. Again, it was a miracle I found them. all because an irresponsible … guttersnipe … a far left zealot … who has attacked Fox News many times before … spit this stuff out on the net. and you know what? … nothing is going to happen to David Corn.

O’Reilly neglected to mention that during one of those interviews he said, “I expect David Corn to be in the kill zone. Where he deserves to be.” In an email to Fox News executives, Mother Jones’ editors in chief asked O’Reilly to renounce this remark and apologize for responding in a violent tone. So far he has not done so.

Mother Jones and the far left websites …couldn’t care less about the truth. They are in business to injure. This is a political hit job. At this point … TV coverage has been scant, but CNN tried to exploit the situation because a guy over there named Brian Stelter … is another far left zealot … masquerading as a journalist.  CNN can do a lot better than this guy.

You can watch that CNN spot here and decide for yourself.

Real journalists … knew this story was B-S from the jump. They knew Corn was trying to take the Brian Williams situation … and wrap it around my neck … for ideological reasons … because he has a history of attacking Fox News. In addition … Corn actually wrote that I hammered Brian Williams … when everyone knows … I went out of my way on Kimmel and the Factor … to be compassionate to the man.

The first paragraph of our story noted that after Williams was suspended, O’Reilly declared that the American press isn’t “half as responsible as the men who forged the nation.” He decried the supposed culture of deception within the liberal media, and he proclaimed that the Williams controversy should prompt questioning of other “distortions” by left-leaning outlets.

Corn must think the folks … are as dumb … as he is.

In one interview yesterday, O’Reilly declared, “Everything I said about my reportorial career—EVERYTHING—is accurate.” Which would be more problematic: If he really believes that, or if he doesn’t?