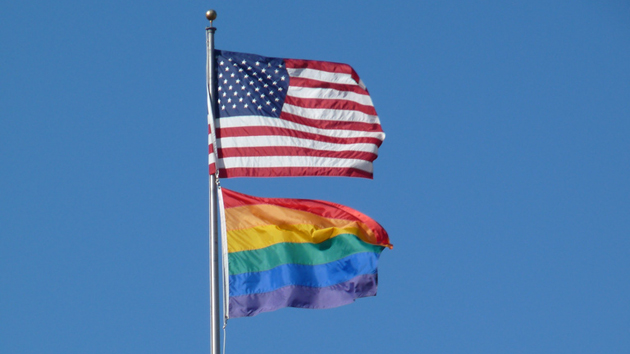 Update: On February 23, 2015, Secretary of State John Kerry announced that Randy Berry, the US Consul General in Amsterdam, will serve as Special Envoy for the Rights of LGBT Persons.

LGBT communities around the world will soon have a powerful advocate in the State Department whose sole job is to watch out for their interests. Later this month, the State Department will name a special envoy to focus on the rights of LGBT people globally, a department official tells Mother Jones. In an emailed statement, the official said that Secretary of State John Kerry and his staff are in the final stages of selecting an openly gay Foreign Service officer as the United States’ first-ever diplomat to focus on LGBT issues. The position will not require Senate confirmation.

Congress has attempted to push for a special envoy on LGBT issues in the past: In 2014, Sen. Ed Markey (D-Mass.) introduced the International Human Rights Defense Act, which proposed establishing the position and taking steps to make the protection of LGBT individuals a foreign policy priority. Markey’s 2014 bill failed to become law. He reintroduced it last month, but the measure’s fate is uncertain—mostly because of opposition from congressional Republicans. Rep. Chris Smith (R-N.J.), the chairman of the House subcommittee on human rights, said last week in a hearing that he does “not construe homosexual rights as human rights,” and suggested that the White House’s public support of LGBT rights negatively affected the United States’ ability to work with Nigeria to combat terrorism. On the same day Smith made these remarks, Nigerian police arrested a dozen people for attending a same-sex wedding.

The State Department official called Markey’s bill a “very helpful vote of confidence” but said, “We wouldn’t want to wait for passage to do something we’ve long thought was the right thing to do and which has been in process.” Appointing a special envoy for LGBT rights has long been a priority for Kerry, who has tried to make defense of LGBT rights a hallmark of his tenure as secretary and was vocal on LGBT issues as a senator. In recent years, some foreign governments have taken harsh action against LGBT people, provoking outrage among human rights advocates globally. In 2014 alone, Gambia passed a law punishing homosexuality with life in prison, Kyrgyzstan moved to pass a “gay propaganda” bill even harsher than Russia’s, and the Ugandan government fought to reinstate a law that would punish homosexuality with a life sentence. LGBT people are criminalized to some extent in 76 countries, a group that includes countries like Pakistan and Iran as well as Jamaica and Singapore.

As secretary of state, Kerry has attempted to push back against anti-LGBT sentiment and law: He has spoken with some African heads of state about their countries’ policies, and has supported legal and media networks that support LGBT communities in Africa and Eastern Europe. Now, the United States will have a full-time diplomat committed to doing that work. “It’s been long in the making,” the official wrote in an email, “because the Secretary insisted the envoy be a career Foreign Service officer from inside the institution, someone who is part of the fabric of the institution, a diplomat by training.”

Advocates for appointing a special LGBT envoy had expressed concern that any action the State Department takes could potentially be undone when a new administration takes over in 2016. But precedent suggests that LGBT-oriented diplomatic progress is unlikely to be rolled back. In 1999, President Bill Clinton appointed the first openly gay US ambassador, James Hormel, as a recess appointment, bypassing deeply critical social conservatives in the US Senate.* President George W. Bush would go on to appoint an openly gay ambassador himself.

Madeleine Albright, Clinton’s secretary of state at the time, was the first State Department head to allow domestic partners, including same-sex partners, to accompany overseas staff, and require that foreign governments officially accredit them. Selim Ariturk, president of GLIFAA, an organization that represents LGBT individuals in the foreign service, is optimistic about the State Department’s latest step. The envoy, he says “will be uniquely situated at the intersection of human rights and gender rights issues, and will allow the State Department to make progress combating the violence that plagues LGBT communities around the world.”