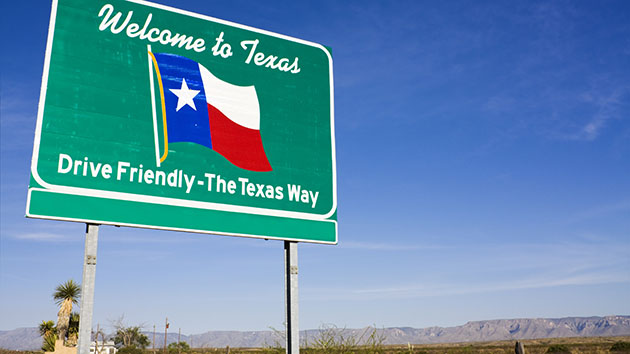 Update (2/17/15): On Monday evening, Andrew Hanen, a federal district court judge in Texas, issued an injunction temporarily blocking President Obama’s new immigration policies. The new Department of Homeland Security guidelines, which Obama announced in November, would give deportation relief to up to 5 million some undocumented residents, some brought to the US as children and some who are parents of citizens and legal permanent residents. The Obama administration will ask the 5th Circuit Court of Appeals to overturn Hanen’s injunction, according to the Washington Post.

The 26 mostly Republican-run states challenging Obama’s actions argued that protecting some undocumented people from deportation would do the states irreparable harm—mainly by costing them money. Hanen seemed to accept that argument—which the story below shows is a weak one—in his order. “Armed with Social Security cards and employment authorization documents,” beneficiaries of deferred action under the administration’s new guidelines could seek additional licenses (like professional and marriage licenses), Hanen wrote.

Lawyers for the Obama administration had argued that the challengers’ claims were baseless. Monday’s injunction was not just a setback because Hanen put a hold on implementing the new policies, but because he also acknowledged that the states’ challenge could prevail on the merits—a situation that could lead to months, if not years, of litigation as the case winds its way up the judicial ladder on appeal.

In order to convince a judge to block Obama’s new immigration policies from taking effect as scheduled in May, the 26 states must show that the administration’s plan—which would allow up to 5 million undocumented residents to remain in the US without fear of deportation for a period of three years—would cause them irreparable harm.

To prove this, the states have repeatedly cited the supposed burden of providing emergency medical care, education, and even marriage licenses to undocumented people. That’s politically dangerous—polls show that Latino voters are nearly unanimous in their support for the president’s executive action, and the states’ argument is a “direct affront to Latino voters,” argues Gabriela Domenzain, a Democratic strategist and ex-Obama campaign spokeswoman who focuses on the Latino community. But it’s also misleading.

Obama’s new policy applies only to undocumented people who are already in the country. Supreme Court precedent, federal law, and many state laws require these GOP-led states to absorb the costs of emergency health care and education for undocumented people. Since the people affected by Obama’s policy already live here, any costs related to their health and education are already being shouldered by the states and cause no new harm.

Judge Andrew Hanen, the George W. Bush-appointed judge presiding over the case in Texas, made this exact point during a hearing on January 15.

“These aliens are already here,” Hanen asked the attorney arguing for Texas. “So what—how is the state directly damaged?”

Giving drivers’ licenses to undocumented immigrants would cost states money, Andrew Oldham, the lawyer for the states challenging Obama’s action, replied. But the decision to issue drivers’ licenses is made by states, not the federal government. So although Texas currently has a law allowing immigrants with deferred action status to get licenses, the government’s rebuttal goes, it could avoid being “harmed” by simply changing the law.

Even the work authorization cards the federal government would give people with deferred action could harm the states, Oldham argued: “[O]nce individuals have those [work authorization cards], they’ll be able to qualify for all manner of things like marriage licenses, driver’s licenses, professional licenses,” he said. “The injuries are irreparable in the sense that they cannot be easily undone. The cards cannot be clawed back, at least not easily.”

But not all states believe work permits and marriage licenses for undocumented residents are harmful. In a brief filed in support of the DHS’ new policy, 12 states argue that these benefits in fact help the states—even financially. Collecting taxes from immigrants able to work legally under the president’s plan, their brief points out, will generate $338 million in revenue over five years for the state of Texas alone.

“The excuses and the arguments they are using as to why they don’t like this have all been debated before,” Domenzain says. “We know that having folks live in the shadows is more expensive then having them be able to come out and pay fines and pay the fees that are going to be necessary.”

The states suing the Obama administration aren’t alone in their quest to block the president’s immigration actions. House Republicans plan to challenge the administration in court as well, but have not yet announced whether they will seek to join Texas’ suit or file their own. “This isn’t about immigration,” House Speaker John Boehner (R-Ohio) said of the decision to move forward with a lawsuit. “This is the President violating the Constitution, violating his oath of office, and frankly, not upholding the rule of law.”

But Domenzain says that Latinos, who hear about Republican opposition to immigration reform, the president’s executive actions, and the lawsuit daily through Hispanic television and radio, don’t see it that way. “They see Republicans once again offending them and trying to take away the sliver of stability that the executive action will provide them after years and years of fighting for it,” she says. And they’re not happy: According to a November survey conducted by Latino Decisions, a polling firm that specializes in Latino public opinion, 89 percent of Latino voters support the president’s actions.

The arguments made in the lawsuit, says Domenzain, are “a slap in the face to what they care about.”