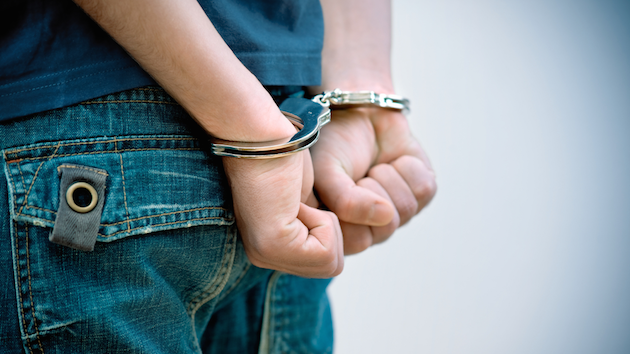 Travion Blount was only 17 when a Virginia court dealt him six life sentences. Two years earlier, he’d robbed a group of teenagers with two older friends at gunpoint during a house party. They stole phones, money, marijuana, and purses. Blount hurt no one, but one of the older boys struck someone with the butt of his gun. Blount’s friends pled guilty and got 10 and 13 years. He went to trial instead, and when he lost, they sent him away to die in prison.

Blount is one of more than 2,500 individuals serving life sentences in American prisons and jails for crimes they committed as children. The US is the only country in the world to sentence juveniles to life behind bars.

However, that could change. On Monday, the American Bar Association (ABA) approved a resolution encouraging jurisdictions to “join the policy position of the rest of the world by eliminating mandatory life without parole sentences for juvenile offenders.” Such offenders, the resolution states, “should be given a periodic and meaningful opportunity to demonstrate maturity and rehabilitation.”

The ABA approved the resolution during its Midyear Meeting in Houston. In a statement, ABA President William C. Hubbard said:

“With the adoption of Resolution 107C, the American Bar Association has sent a clear message to the legal community and policymakers across the country that children should never be sentenced to die in prison. As the world’s foremost leader and defender of human rights, the United States should ban life without parole sentences for children—a severe violation of human rights. The ABA applauds those states that have already taken steps to reform their laws and urges other states to pass similar reforms as soon as practicable.”

The US has been edging towards these kinds of reforms for the last decade, following research on the adolescent brain that confirms “the common sense understanding that children are different from adults in ways that are critical to identifying age-appropriate criminal sentences,” the Sentencing Project noted in a recent policy brief. Drawing from such research, the Supreme Court has ruled three times in the past 10 years that children are fundamentally different from adults and that they should be spared from the nation’s harshest penalties. In 2005, the Court determined that the death penalty for children violated the Eighth Amendment’s prohibition on cruel and unusual punishment. In 2010, the Court struck down life-without-parole for non-homicide offenses, and two years later issued the same ruling to include homicide offenses.

Twelve states and the District of Columbia have since banned life sentences, but the policy is still on the books in many others. And even states that have taken measures to reform their sentencing policies, have been inconsistent in applying the ban retroactively, according to the ABA, which is calling on jurisdictions to “eliminate life without the possibility of release or parole for youthful offenders both proactively and retroactively.” If the policy is universally adopted, the United States can join the rest of the world in what’s long been an internationally held standard, and individuals like Travion Blount may get a second chance at life.