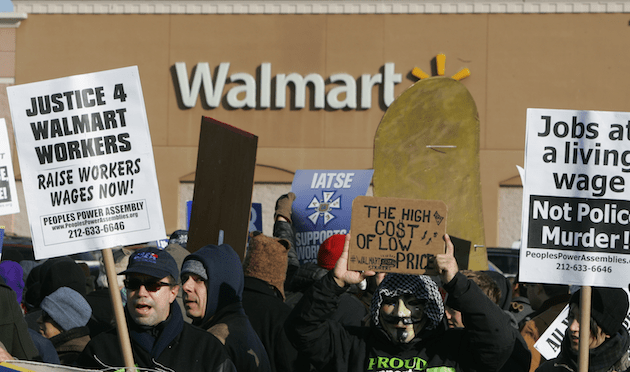 On Thursday, Walmart CEO Doug McMillon announced the company would be raising its baseline pay to at least $9 an hour beginning this spring and then up to $10 an hour by February 2016, a move that will affect an estimated 500,000 employees.

The decision, announced in both a press release and during a quarterly earnings call Thursday morning, follows years of mounting public pressure from both outside and within Walmart to boost its notoriously low wages and improve labor practices. The company has repeatedly responded to such criticism by pointing out that it pays more than the federal minimum wage, currently $7.25 per hour; of course, 29 states require a higher minimum wage. (An estimated 6,000 Walmart employees currently make the federal minimum.)

While McMillon described the move as a moral decision to do “the right thing,” Ohio University economics professor Richard Vedder said the move is more an indication of an improving economy than anything else.

“While the economy isn’t exactly booming right now, it is doing very well, with labor markets tightening and the unemployment rate continuing to fall,” Vedder said. “That means it’s becoming increasingly difficult for Walmart to attract good, dependable workers than it was two to three years ago. Right now, they are thinking the economy will continue to boom, and they need to stay competitive.”

“Could they afford to go further and still remain hugely profitable? Probably, but would that be good policy is another question,” Vedder added, referring to the reaction by Walmart stockholders today: 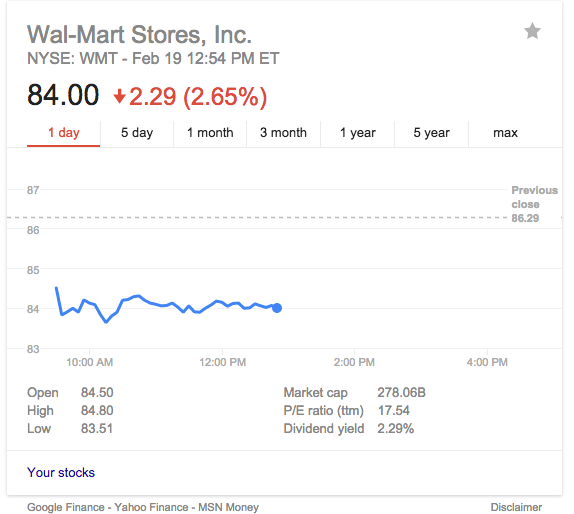 The nation’s largest private retailer, Walmart recently admitted that 825,000 of its 1.4 million employees earn only $25,000 annually, with 600,000 part-time workers on Medicaid and other food assistance programs. Walmart employees have staged strikes protesting their low wages, with advocacy groups demanding the retailer raise its minimum wage to $15. The company says that with the new increase, the average hourly wage will rise to $13 from $12.85.

While welcoming the move on Thursday, some say it is still not enough. “When compared to the $16 billion in profit that the company rakes in annually, Walmart’s promise of $10 an hour, which even for a full-time worker is not enough to keep a family of four out of poverty, is meager,” Christine Owens, director of the National Employment Law Project, told the New York Times.

“Walmart has been attacked over the years as being uncaring and tactless,” Vedder said. “This is a chance to win some points with the American public. By waging their raises they can appear more compassionate than previously viewed, especially when they aren’t put under the gun by federal law to do so.”