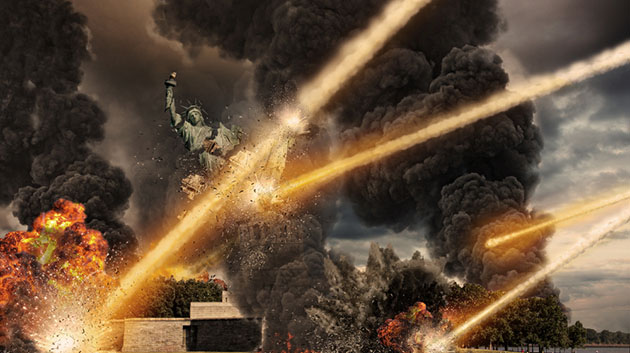 On Tuesday, the Republican-controlled House of Representatives plans to vote once again to repeal the Affordable Care Act. It will be the 55th time House GOPers have voted to eliminate or impede the health care reform law, but the very first opportunity for freshman Republicans to register their opposition to Obamacare in the congressional record.

But with each repeal vote, the politics of rolling back the Affordable Care Act become more fraught. After all, the law is now enmeshed with the US health care system. “Talk of repealing the Affordable Care Act is like talk of repealing the interstate highway system,” says Timothy Jost, a health care law expert at the Washington and Lee University School of Law. “I mean in theory you could do it. Nobody would want to live with it.”

Since President Barack Obama will never sign legislation repealing his signature accomplishment, a vote to strike down the law is largely symbolic. But what if, in some parallel universe perhaps, repeal passed?

“If you with a stroke of a pen took the Affordable Care Act away and there was no transition period, there would essentially be havoc in the markets,” says Linda Blumburg, a health care policy analyst. It’s a hypothetical not too far from reality since the Supreme Court could gut the law in a decision this summer—an outcome that Republicans strongly support, even while they lack a legislative response to what would be a disastrous scenario for millions of their constituents.

“Basically, you would have a lot of people die because they couldn’t get health care.”

In anticipation of the case, King v. Burwell, health care experts have been crunching the numbers to figure out what would happen if the Supreme Court dismantles Obamacare in states that rely on the federal government to run their health care marketplaces. Though the Supreme Court scenario, which would halt the subsidies to people purchasing insurance in the federally run marketplaces, is not the same as full repeal, it helps paint the picture of what would happen. And the picture is not pretty.

If the Supreme Court stopped subsidies from flowing to the 34 states that did not establish their own exchanges, 8.2 million fewer people would have coverage by 2016, according to research released this month by the Urban Institute, an economic and policy research think tank. Next year, the number of people insured through purchasing private plans would drop by 69 percent.

Without subsidies to purchase insurance, many people would immediately lose coverage because they could no longer afford it. Others could be kicked off their plans without Obamacare’s protections for people with preexisting conditions. “You would just have an awful lot of people be uninsured, and then that ripples back through the health care system,” Jost says. “Basically, you would have a lot of people die because they couldn’t get health care.”

This is just the tip of the iceberg. A roll back of the Medicaid expansion would cause millions more Americans to lose their coverage and create mayhem for state governments. Without the ACA to plug the so-called “doughnut hole” for prescription drugs, seniors would see their drug bills go up.

A Supreme Court decision against Obamacare would cost millions of Americans their coverage, but full repeal by Congress would be even more devastating. Health care experts describe a state of complete chaos were the ACA to simply disappear from the books.

By now, the ACA has so fundamentally changed the health care system that repeal would not simply return the country to its pre-Obamacare state. The Urban Institute estimates that just rolling back subsidies for people in states with federally run exchanges—the Supreme Court scenario—would create such turmoil in the private insurance market that the number of people in 2016 buying private plans on their own would be substantially lower (just over 1 million) than if the ACA had never been implemented (about 7.3 million). In other words, destroying the exchanges would be much worse than if they were never implemented at all. Returning to the way things were is no longer possible.

Repeal would be bad for insurers as well as customers by causing at least short-term turmoil for insurance companies. Without an individual mandate and without subsidies to make insurance affordable, younger, healthier people would likely drop their coverage, leaving insurers to cover older, sicker people with more health care needs. But insurance companies can’t raise premiums until next year because the 2015 rates have already been locked in—at the very least, it would take months to renegotiate rates with each state. The result, according to Blumberg, a coauthor of the Urban Institute report, could be that companies spend more on coverage than they bring in on premiums. Not exactly a problem these companies are looking forward to.

Republicans are starting to realize that—even for a symbolic vote of protest against Obamacare—the reality is that repeal alone is not an option.

On Friday, House Majority Leader Kevin McCarthy (R-Calif.) announced the formation of a working group to come up with an Obamacare alternative and a contingency plan in the event that the Supreme Court guts the law.

And for the first time, the bill the House plans to vote on this week requires that the relevant House committees draft replacement legislation for the law. And, though not currently in the text of the bill, its sponsor, Rep. Bradley Byrne (R-Ala.), plans to introduce an amendment to the bill that would delay repeal for 180 days to give Republicans time to craft a replacement, according to a Byrne aide.