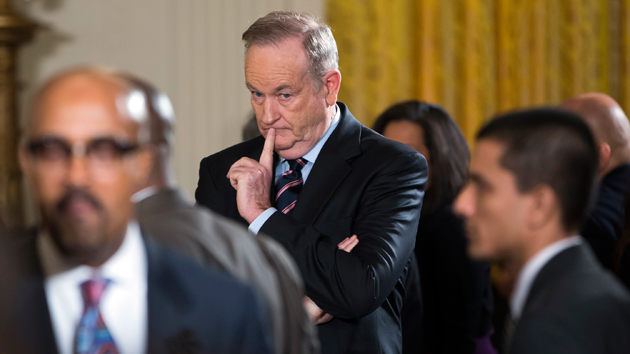 Throughout the controversy set off by a recent Mother Jones article about Bill O’Reilly’s mischaracterizations of his wartime reporting experience, the Fox News host has angrily insisted that “everything” he has said about his journalistic track record has been accurate. But his accounts have been contradicted by O’Reilly’s former colleagues and other eyewitnesses—and, it turns out, by O’Reilly’s own reporting at the time. Mother Jones has obtained the CBS News report O’Reilly filed at the end of the Falklands war. It makes no reference to the dramatic and warlike action—soldiers “gunning down” Argentine civilians with “real bullets”—O’Reilly has claimed he witnessed.

For years, O’Reilly has said that he reported from the “war zone” “in the Falklands” during the 10-week war between Britain and Argentina in 1982. But after our article appeared, O’Reilly conceded he was never on or near the remote Falkland Islands where the fighting occurred. O’Reilly, like other American correspondents in Argentina who covered that war, was in Buenos Aires, 1,200 miles from the area of combat. He had arrived there three days before the Argentine military junta surrendered.

What’s notable about O’Reilly’s report is what’s not in it. He does not refer to Argentine soldiers gunning down civilians or mention any deaths. And there’s no reference to a CBS cameraman being injured.

To justify his claim that he was in a “war zone” and a “combat situation” in Buenos Aires, O’Reilly has pointed to his coverage of a violent protest that erupted after the Argentines surrendered. He has said that a bloodbath occurred, with Argentine troops firing live ammunition into the crowd, mowing down demonstrators, and killing “many.” He also has claimed that during the protest a soldier pointed an M-16 at him, and that he heroically rescued his cameraman as O’Reilly and his crew were being chased by soldiers.

His own real-time coverage of the protest (see here for a transcript) makes no mention of a massacre or threats to him and his crew.

O’Reilly was one of several CBS correspondents covering the protest (though he has previously boasted that he was “out there pretty much by myself because the other CBS news correspondents were hiding in the hotel”). He and his crew captured gripping footage, which was used in the report that led the CBS Evening News that night. That report and other CBS News footage covering the end of the Falklands war was released by the network, at O’Reilly’s request, last week.

But O’Reilly was irked, he wrote in his 2001 memoir, because he wanted to be featured in that report instead of the lead CBS correspondent in Buenos Aires, Bob Schieffer. He subsequently cut his own two-minute package, which was similar to the network news report. But in this piece, which CBS sent to local affiliates for later broadcast, O’Reilly provided the voice-over. As O’Reilly recently noted on his Fox News show, the affiliates in Philadelphia and New York City used his report. This footage was not part of the material CBS posted last week.

What’s notable about O’Reilly’s report is what’s not in it. He does not refer to Argentine soldiers gunning down civilians or mention any deaths. He says nothing about soldiers chasing him and his crew. And there’s no reference to a CBS cameraman being injured. (A reporter who witnesses soldiers shooting protesters and killing many civilians would presumably be compelled to report on those horrors.) His report depicts exactly what other journalists and eyewitnesses have said took place: a violent demonstration in which tear gas and rubber bullets were deployed. In this 1982 report, O’Reilly called the demonstration a “disturbance.” But in later years—on his Fox News show, in his writings, and at speaking engagements—he has claimed that the event was a bloody melee that amounted to “combat” in a “war zone.”

Discussing his coverage of the protest for CBS on Fox News last week, O’Reilly declared, “In my reporting, I told it exactly the way it was.” He appears to be correct regarding his real-time reporting of that event. And that’s his problem. His own report from 1982 shows his later—much more intense—descriptions of the event were exaggerated. With this footage, O’Reilly the reporter proves O’Reilly the pundit wrong.

More than 10,000 people gathered in front of the presidential palace tonight a full 30 minutes before President Leopoldo Galtieri’s scheduled outdoor address. The mood was bitter. Anti-British and -American signs were hoisted. But most of the insults were directed toward Galtieri’s government for surrendering on the Falklands. Police were pelted with coins. And some journalists behind the lines were hurt. Then suddenly the police struck back, firing tear gas and rushing the crowd. There were many arrests. But still some in the crowd would not leave. Fires started up, and groups re-formed, continuing to denounce the military regime. Galtieri’s outdoor address was canceled but later he appeared on nationwide TV as scheduled, admitting the Falklands struggle is over for now but vowing Argentina will never give up its claim to the islands. Galtieri made no mention of the evening’s disturbance, and Argentine television labeled it a minor incident. Bill O’Reilly, CBS News, Buenos Aires.