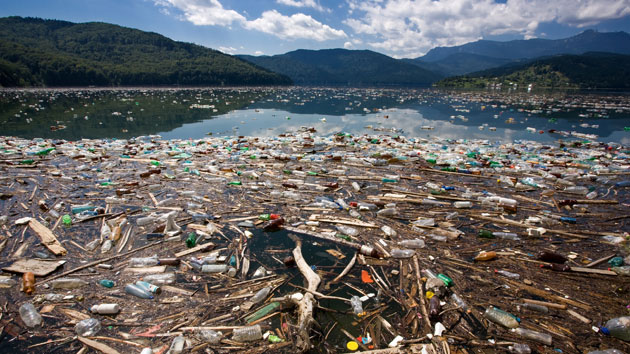 In 2014, the 300 million visitors to US national parks may have noticed the potholes in the roads, the magnificent vistas obscured by dense brush, dirty visitors’ centers in need of basic repairs, trails that were not maintained, and overgrown campgrounds. Why? Blame Congress, which has routinely purchased new federal lands over the last 20 years while neglecting to fund the maintenance of existing national parks. National parks and historic sites need almost $12 billion in upkeep—or about four times the National Parks Service’s annual budget. Meanwhile, congressional Republicans proposed a budget that would slash spending by $5.5 trillion in 10 years.

So why the backlog? The NPS claims that stingy funding from Congress has forced park employees to make tough decisions about which repairs to perform and which to put off. But Sen. Lisa Murkowski (R-Alaska) and many conservationists place most of the blame on the government, which has bought up new land instead of spending money maintaining the sites it already administers. “We spend hundreds of millions of dollars each year to acquire additional federal lands, but none of that funding is applied to the maintenance backlog,” she wrote in a 2013 op-ed in the Hill.

With an annual budget of $3 billion, the NPS is responsible for managing and maintaining 75,780 sites across the country—including such tourist destinations as the Grand Canyon, San Francisco’s Golden Gate National Recreation Area, Ellis Island, Mt. Rushmore, Yellowstone—and many of the nation’s most iconic NPS-administered landmarks are fast falling into disrepair. When the agency released its annual maintenance report on Monday, the NPS noted a staggering $11.49 billion in deferred maintenance costs.

The NPS is urging Congress to fund its 2016 budget requests of $248.2 million for high-priority repairs and $300 million over three years for longer-term projects. And that’s just the start. For roads and transportation projects, NPS is hoping for $150 million in Obama’s proposed transportation bill.

Last year’s defense authorization bill, for instance, created seven new national parks and increased the size of nine others, though it provided no additional funding for the expansion or for maintenance costs. Former National Park Service director James Ridenour has referred to Congress’ penchant for creating new parks without authorizing new funding to care for the old ones as “thinning the blood” of national parks. Even 20 years ago, older national parks were neglected in favor of new projects.

Things have only gotten worse. Congressional funding tends to be directed to new projects that politicians can tout to their districts rather than upkeep of old ones, note Kansas City Star reporters Jeff Taylor and Jake Thompson in an article that delved into the national park funding debacle. Kurt Repanshek of the National Parks Traveler magazine made a similar point in a recent op-ed: “Members of Congress certainly like to point to a unit in their home districts, but if we can’t afford the park system we have today, how can we possibly justify new units?”

Another symptom of the funding problem is that there are too few seasonal employees to get all the work done, says Leesa Brandon, a press officer for the Blue Ridge Parkway in Asheville, North Carolina. “We don’t have the seasonal staff we want to have. Our visitors enjoy driving [along the Blue Ridge Parkway], the 495-mile-long linear park…they see ditches, potholes, vistas with overgrown plants, and tell our workers,” she tells me. Blue Ridge Parkway, the scenic road that stretches from North Carolina to Virginia and is one of the most-visited national parks, needs nearly half a million dollars to make necessary repairs on roads. According to the Federal Highway Administration, 45 percent of the road is in need of repair.

According to NPS, San Francisco’s Golden Gate Park, visited by 13 million people every year, needs $232 million in upkeep. The White House itself needs more than $12 million in necessary and preventative repairs, such as the often postponed renovation of the West Wing, fixing the Harry Truman bowling alley, and buying the required 570 gallons of paint to cover the outside of the president’s home.

Nonprofit groups such as the Mesa Verde Foundation of Colorado and the National Park Trust are attempting to raise money to fill NPS’s funding gap and preserve parks all over the country, including the ancient cliff dwellings in Mesa Verde and the Santa Monica Mountains, the world’s largest urban national park, in Southern California. Many lawmakers and conservationists, including Murkowski, suggest that privatizing parks and outsourcing funding may shift the burden of maintaining the parks away from taxpayers.

Next year, the NPS celebrates its 100th anniversary, and the maintenance backlog is only expected to grow, unless Congress increases its budget or finds another way to fund the parks. The billions in unfunded repairs “show the result of Congress’ chronic underfunding of our national parks,” Craig Obey, a senior vice president for government affairs at the National Parks Conservation Association, tells Mother Jones in an email. “Failing to provide for the system’s basic maintenance needs has eroded our most treasured natural landscapes and historical sites.”