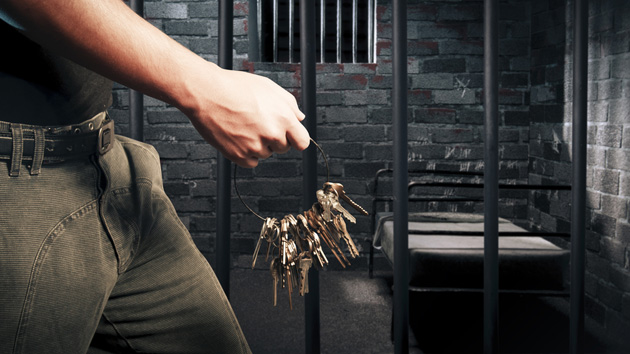 Update (3/3/2016): Prosecutors this week charged two San Francisco sheriff’s deputies and a former deputy in connection with gladiator-style fight clubs at a county jail last year, the Los Angeles Times reports. “Subjecting inmates who are in the care and custody of the state to degrading and inhumane treatment makes a mockery of our justice system,” San Francisco District Attorney George Gascon, who announced the charges, was quoted as saying.

The San Francisco sheriff’s office is asking the Department of Justice to investigate allegations that officials at the county jail forced inmates to fight for hamburgers and other rewards during gladiator-style matches. Speaking at a press conference Thursday, city public defender Jeff Adachi accused four sheriff’s deputies of twice pairing off a 150-pound inmate against a 350-pound inmate and betting on the outcomes. “I can only describe this as an outrageously sadistic scenario that sounds like it’s out of Game of Thrones,” he said.

The smaller inmate claimed one of the deputies threatened him with violence if he didn’t fight. “He told me he was gonna mace me and cuff me if I didn’t…comply with what he wanted,” Ricardo Palikiko Garcia said in a statement, adding that three weeks later, he still has bruises on his back and suspects he fractured a rib.

However twisted this case may be, it’s not an isolated incident. Some other examples of prison guards being accused of organizing gladiator-style fights and other humiliating games for prisoners:

Human cockfights: In 1996, an investigation by the Los Angeles Times exposed how guards at California’s Corcoran State Prison paired rival inmates “like roosters in a cockfight, complete with spectators and wagering.” Officers also allegedly organized a ritual known as “gladiator day” in which inmates in the most violent unit were sent to brawl in an empty yard, cheered on by an official who served as an announcer. Guards would break up some fights by firing gas guns that discharged wood blocks or, if that didn’t work, by firing a rifle. The FBI investigated after a 25-year-old was killed during one such shooting. In 2000, eight prison guards accused of orchestrating the matches were acquitted of federal civil rights abuses by a grand jury.

Out of solitary: In August 2012, a federal civil lawsuit was filed on behalf of seven inmates at a St. Louis jail who said they were forced by guards to fight and to punish each other, according to the St. Louis Post-Dispatch. Thirty more inmates joined the lawsuit in 2013, saying they were also required to fight. At least one attack was captured on video. Daniel Brown, the attorney representing the inmates, said prisoners were even taken out of solitary confinement to brawl. “The guards were actually taking inmates out of the cells, placing them in cells with other inmates, and forcing them to fight each other,” he told a St. Louis radio station.

“Retard Olympics”: In 2013, three corrections officers at a prison in York County, Pennsylvania, were accused of organizing competitions dubbed the “Retard Olympics,” in which a prisoner with bipolar disorder and another inmate were forced to do stunts like drinking a gallon of milk in an hour, as well as water mixed with pepper-spray foam. Other challenges included eating a spoonful of cinnamon and snorting a line of spicy vegetable powder, as well as licking a guard’s boots. The guards denied any wrongdoing and described the allegations as “fabrications.” York County paid a $40,000 settlement to avoid going to court.

Nude lines: A class-action lawsuit filed March 19 on behalf of hundreds of Illinois inmates alleges that more than 230 officials from a state corrections unit called Orange Crush sexually abused and beat inmates during “shakedowns” last year. During a shakedown in April 2014, officials allegedly forced inmates to take off their clothes and stand in line with their backs at 90-degree angles so each person’s genitals rubbed against the behind of whomever was in front of him. (Orange Crush referred to this position as “Nuts to Butts”). They were told to walk like this to the gym and were allegedly beaten with batons if they failed to follow orders.