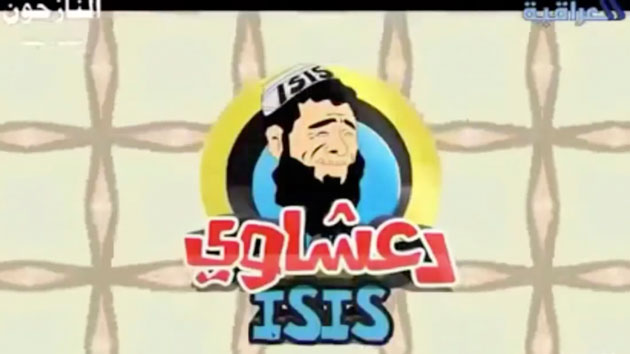 Last weekend, Dakota Johnson starred in a Saturday Night Live skit in which she played a young woman being dropped off by her father for her first foray into independent living. She was not going off to college or a new job, but rather to a waiting truckload of ISIS fighters. “Dad, it’s just ISIS,” she explained, with the typical exasperation of an adolescent facing a parent’s lack of imagination.

The skit aired shortly before news broke that approximately 60 young British women joined ISIS in Syria, and it provoked heated responses. Viewers immediately criticized the bit over social media, prompting CNN to ask, “Did ‘SNL’ skit cross a line?” Fox News charged SNL with being “insensitive,” and Fox & Friends host Elisabeth Hasselbeck observed, “I don’t think there is anything funny about ISIS.”

Yet throughout the Middle East, ISIS is routinely ridiculed on television shows, within plays, and by cartoons. For many entertainers and satirists in the region, comedy is a way to fight ISIS’s often effective propaganda and to counter the murderous group’s narrative. “These people are not a true representation of Islam and so by mocking them, it is a way to show that we are against them,” Nabil Assaf, a producer of a satirical show now airing in Lebanon, told the Associated Press.

In Iraq, a state-funded television channel, Al Iraqiya, funneled an unprecedented $600,000 into producing Dawlat al-Khurafa, a satirical Iraqi show that features comical songs and skits acted out by a cast who satirize ISIS members living in a mythical Iraqi town. One recent song was about ISIS’s ban on adultery; it noted the ban is ignored when it comes to ISIS fighters and the women they enslave. Al Iraqiya also hosts an animated show called Dashawi, which chronicles the pratfalls and failures of a group of bumbling and hypocritical ISIS fighters who have set up base in Iraq. In the cartoon series, one young militant attempts to fire a rocket launcher and drops it on his commander’s foot, while ISIS’s go-to drunkard is tasked with enforcing an alcohol ban. The show is a mix of Looney Tunes and South Park. Al Iraqiya is the most successful and most accessible of domestic and foreign news networks in Iraq; it reaches 93 percent of Iraqis. Dawlat al-Khurafa’s theme song even went viral in Iraq, racking up more than 200,000 times on YouTube. Many viewers find the show funny, and share and comment on the videos online.

In Lebanon, the Ktir Salbe Show, a comedy series that airs on a local station north of Beirut, produces short skits that depict extremist Islamists not living by their own premodern rules as they talk on cellphones and ride in cabs. ISIS’s regional terrorism and hypocrisy are recurring themes on the Palestinian satirical TV show Watan ala Wata. A Jordanian play lampooning ISIS is touring theaters. In October, a group of Iraqi Kurds made their own SNL-style musical parody video of ISIS, in which a group of militants play air guitar with rifles and juggle with human skulls. Most of these videos are available on YouTube. One Palestinian ISIS parody video has almost 800,000 views. 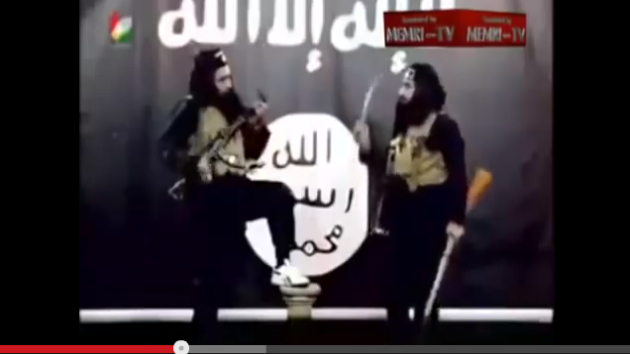 A group of Iraqi Kurds pretend to be a band of ISIS members. KurdSat TV/The Middle East Media Research Institute

Satirical poetry and performances are a centuries-long tradition in the Middle Eastern countries. Cartoonists and satirists in the region were a major force during the Arab Spring uprisings of late 2010 through 2012. Bassem Youssef, dubbed “the Jon Stewart of Egypt” by viewers and the media, hosted a satirical news show that spent most of its time criticizing Egyptian political regimes prior to and during the Arab Spring. He canceled his show last summer, fearing retribution from the Egyptian government.

Middle Eastern television representatives insist that satire is an important weapon against ISIS, whose team of graphic designers, media spokespeople, and artists craft the sophisticated videos and messaging that lure in foreign recruits. As Ala’a Al Majedi, who works on Al Iraqiya’s satirical shows, said in an interview with the Middle Eastern news site Al Arabiya, “Comedy is one way to raise awareness” about the opposition to ISIS and other terrorist organizations.