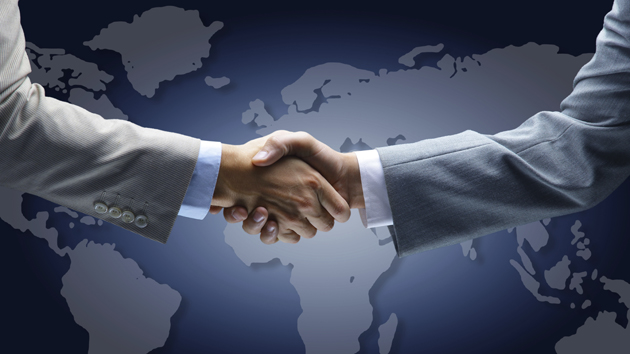 Senior lawmakers introduced bipartisan legislation last week that would let the Obama Administration keep negotiating the Trans-Pacific Partnership (TPP), a pact that could be the most far-reaching free trade agreement in American history.

Now in its fifth year of negotiations, the TPP is intended to bolster free trade among 12 participating countries and set the tone for future trade deals. Getting it done before campaign politics interfere hinges on the passage of the new legislation, a Trade Promotion Authority bill (a.k.a. “fast track”) that limits congressional participation to a up/down vote on the final deal, rather than opening it up for amendments. The TPA is needed to ensure negotiating partners that their hard-fought agreements won’t be altered at the whims of one politician or another. But some members of Congress, along with various interest groups, insist that the pact needs additional congressional oversight and public approval.

Like most trade deals, the TPP is being negotiated by the administration behind closed doors, and details are scant. But here’s what we do know so far:

What are the basics?

The process began in 2003, when Singapore, New Zealand, and Chile got together to figure out how to liberalize trade in the Asia-Pacific region. A few other countries jumped on board, and by 2008 the United States wanted in. By 2011, the TPP framework was complete: The aim was to eliminate trade barriers and bolster investment across the Pacific.

As of the most recent round of negotiations, concluded in March, 12 countries are involved: Australia, Brunei, Canada, Chile, Japan, Malaysia, Mexico, New Zealand, Peru, Singapore, the United States, and Vietnam. The deal could eventually encompass half of the world’s economies.

The TPP would expand market access between its signatories. Analysts are saying the pact’s rules will be even more stringent than those currently used by the World Trade Organization (putting more emphasis on free trade). Some economies may be reformed to meet the criteria. And while a lot of that change would happen in less-developed economies, America could see some restructuring, too. According to a report by the Congressional Research Service, manufacturing stands to take a $44 billion hit, while the services sector (already 80 percent of our economy) can expect gains of more than $79 billion.

Why does the TPP matter?

You’ve likely gathered that the pact would have a pretty big economic impact: As it stands, it would encompass a third of global trade and 40 percent of the world’s GDP, and would affect up to $727 billion in US exports and $882 billion in imports. Plus, the pact is considered the first step toward a future economic framework centered on trade liberalization.

But it actually goes even deeper. The deal is a strategic way for America to exert dominance and leadership in Asia in the face of China’s growth. The TPP is part of the president’s “pivot to Asia” plan, which unites foreign policy, national security, and economic interests in the region, and seeks to develop partnerships that could be leveraged into geopolitical and militaristic power. Defense Secretary Ash Carter emphasized this aspect of the deal in a speech in early April, noting that passing the TPP was as important to him as “another aircraft carrier,” and that it would “help us promote a global order that reflects both our interests and our values.”

Putting aside the global implications, the deal could cause changes here at home. As Erika Eichelberger reported back in 2013, American laws and regulations would be affected by the deal’s pressure to “revise rules in areas like the environment and food and workplace safety.” Eichelberger further noted that countries could “sue the United States for what they see as violations of the agreement, which can compel Washington to alter US law and regulations.”

Who supports the TPP?

The deal has made interesting bedfellows. Many congressional Republicans have aligned with the Obama Administration to push the bill, and Obama has indicated he will not toe the party line on this issue. Many business coalitions have also thrown their backing behind the president.

Trade Benefits America, a group representing a diverse list of companies and coalitions including the US Chamber of Commerce, Apple Inc., ExxonMobil, and the Corn Refiners Association, offers positive fact sheets on the deal and encourages citizens to write their representatives in support.

The US Business Coalition for the TPP, which consists of many of the same entities, penned a letter to United States Trade Representative Michael Froman announcing its support and pushing for greater emphasis on increased market access.

The Brookings Institution wrote that liberal economic order was at stake if the deal didn’t pass, and many influential economists have weighed in. As the libertarian Cato Institute points out:

David Autor, David Dorn, and Gordon Hanson are for it; Tyler Cowen is for it, mainly for foreign policy reasons; Noah Smith is for it; Larry Summers is a maybe; Paul Krugman thinks it’s not a big deal and questions whether Obama should spend “political capital” pushing it; Brad DeLong is more positive than Krugman; Dean Baker is skeptical; and Matt Yglesias is skeptical, noting that “[t]he political economy and public choice issues around what’s become of the mutlilateral trade process stink.”

Robert Reich’s widely circulated video take on the TPP (see above), produced in coordination with the progressive MoveOn.org, explains some of the major concerns: Beyond the potential for increased corporate power and jobs sent overseas, a clause that sets up an “Investor State Dispute Settlement,” would let corporations challenge domestic regulations that interfere with their profit-making.

Elizabeth Warren, in an op-ed in the Washington Post emphasized that this aspect of the deal violates American values across the board:

Conservatives who believe in U.S. sovereignty should be outraged that ISDS would shift power from American courts, whose authority is derived from our Constitution, to unaccountable international tribunals. Libertarians should be offended that ISDS effectively would offer a free taxpayer subsidy to countries with weak legal systems. And progressives should oppose ISDS because it would allow big multinationals to weaken labor and environmental rules.

Bernie Sanders denounced the TPP, telling The Guardian that it was a “disatrous” deal “written behind closed doors by the corporate world.” Its purpose, he added, was “to protect the interests of the largest multinational corporations at the expense of workers, consumers, the environment and the foundations of American democracy.”

In addition, advocacy groups from unions to environmentalists to digital rights advocates are opposed on the grounds that the deal could threaten workers rights, environmental regulations, online privacy, and internet freedom.

Even though the official negotiations began in 2010, there’s still much on the table. Only 9 of the pact’s 30 chapters are complete. The remaining battles will be difficult ones, mostly dealing with market access for goods and services, trade rules (including intellectual property rights, labor rights, and environmental issues), and the details of trade liberalization—including how to deal with state-owned businesses. Still, American officials close to the negotiations have said a final deal is not too far off.

According to some analysts, forging an agreement that will satisfy both the US and Japan—the two biggest economies involved—is the biggest hurdle. According to Nikkei Asian Review, an economic news outlet, reps from both countries will reconvene this week to move things forward.

But if the discussions aren’t wrapped up soon, they could bleed into the 2016 race, and candidates are already being asked to state their positions. Getting it done this year, as the Obama Administration aims to do, will hinge on Congress passing the TPA fast-track legislation. because some countries have said they won’t continue with talks until they know Congress won’t be meddling with their agreements.

The TPA legislation outlines several provisions and negotiating objectives by which the president would have to abide, including safety measures for agriculture and requiring trading partners to abide by US labor and environmental standards. It also outlines requirements for transparency, mandating that Congress get access to the TPP deal, and that its provisions be presented for public comment 60 days before any deal is made official.