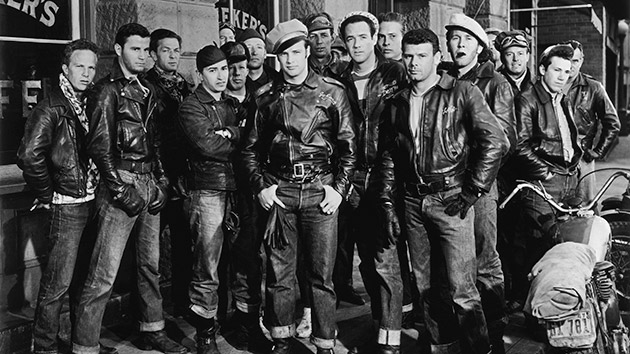 Long before a biker gang shootout in Waco, Texas, left 9 people dead and 18 wounded last weekend, law enforcement agencies have been concerned about outlaw motorcycle gangs—a.k.a. OMGs. A 1987 report by the Bureau of Alcohol, Tobacco, and Firearms titled “Outlaw Motorcycle Gangs: Organized Crime on Wheels” warned that the gangs were “an extremely violent disruptive force in American society,” an assessment that’s echoed in the Department of Justice’s current statement that the Bandidos gang that took part in the Waco skirmish poses “a growing criminal threat to the U.S.”

Though it’s nearly 30 years old, this ATF report provides a fascinating look at how law enforcement understands OMGs’ inner workings. It also contains some lesser-known details about biker gangs’ customs and history, such as the Hells Angels’ lucrative foray into catering.

Our gang: According to the 1987 report, outlaw motorcycle gangs were magnets for “remorseless killers, psychotics, panderers, and social misfits.” Once a “symbol of the younger rebellious generation” and “more concerned with good times and general lawlessness,” in the late 1960s, the gangs started to transform into “sophisticated criminal organizations whose primary interest is in making money through various criminal endeavors.” Overall, there were thought to be 520 gangs nationwide.

OMG members’ “motto and arrogant attitude” can be summed up as “FTW”: Fuck the World (not For the Win). “They have rejected society and its laws…This is why they have created their own dress code which is filthy, repulsive and often offensive.” Most gangs are all-white, “in keeping with their strong white supremacy philosophy.”

The Big Four: The most prominent OMGs were the “Big Four”: the Pagans, Outlaws, Bandidos, and Hells Angels. All OMGs can trace their origins to the Angels, according to the report, which cites “Hunter Thompson, an authority on the Hells Angels.” At the time, the Angels reportedly had 33 domestic chapters (including its Oakland “Mother Chapter”), 18 foreign chapters (including in Brazil and New Zealand), and as many as 600 “patch-wearing” members.

The Bandidos, which were involved in the Waco shootout, formed in Houston in 1966. The 26 chapters of the spelling-agnostic “Bandito Nation” were heavily concentrated in Texas.

How they roll: A pack of OMG members riding in formation is known as a “run,” a surprisingly well organized outing. The riders travel two abreast, “usually always within the posted speed limit,” and without any contraband. A “crash truck” driven by probationary members or women carries “spare motorcycle parts, sleeping bags, beer, drugs, and weapons” and communications equipment at a safe distance from the run.

Sons of hierarchy: “Let there be no doubt that OMG’s are highly structured, well disciplined organizations.” The OMGs, according to the ATF, were increasingly affiliated with and organized like traditional organized crime networks. When they were not involved in illegal activities ranging from murder and making meth to “international white slavery,” some OMGs invested in legal enterprises including motorcycle repair shops, hotels, apartments, investment firms, and ice cream shops. An Oakland Hells Angel reportedly used $200,000 in drug money to start a successful catering business. During the 1970s, the Angels and Bandidos even “incorporated as non-profit organizations dedicated to promoting interest in motorcycling.”

It’s only business: As the OMGs began to see themselves as “big business,” they also got more dangerous, according to the ATF. Gangs “will use any means or methods they can think of” to control and protect their turf. And they adhered to an increasingly unforgiving “philosophy of biker loyalty”: “Where conflicts within a club were formerly settled with fist-a-cuffs and a good beating as punishment, now those same disagreements result in death.” The bikers from several gangs who recently battled in Waco had reportedly met to discuss a turf dispute; the bloodbath followed someone’s foot getting run over during a confrontation over parking.