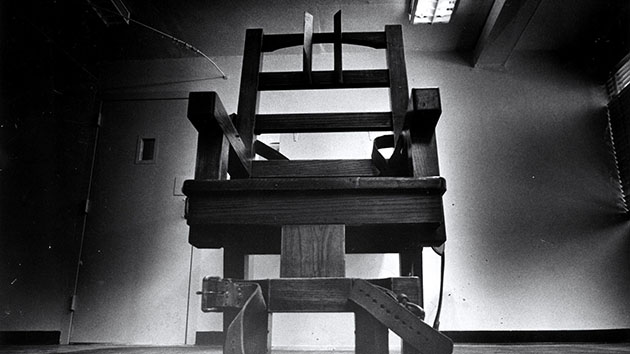 The case before the Supreme Court concerned a specific question: Was a certain sort of capital punishment via lethal injection constitutional? In a decision issued Monday morning, the four conservative justices plus swing vote Justice Anthony Kennedy said yes, and Justice Sonia Sotomayor wrote a dissenting opinion for the court’s liberals taking the opposite position. But in a stinging dissent of his own, Justice Stephen Breyer, who was joined by Justice Ruth Bader Ginsburg, went much further: He called for abolishing the death penalty, contending that capital punishment, as it is currently practiced, violates the Constitution. His opinion was methodically argued and chockfull of research (on exonerations, various disparities in the application of the death sentence, and more). Breyer, who in 2008 sided with the court majority in upholding the use of lethal injections in Kentucky, noted that his own experience overseeing capital punishment cases has led him to a forceful and passionate position: The death penalty must go.

Here are the best passages from his opinion.

In 1976, the Court thought that the constitutional in­firmities in the death penalty could be healed; the Court in effect delegated significant responsibility to the States to develop procedures that would protect against those con­stitutional problems. Almost 40 years of studies, surveys, and experience strongly indicate, however, that this effort has failed. Today’s administration of the death penalty involves three fundamental constitutional defects: (1) serious unreliability, (2) arbitrariness in application, and (3) unconscionably long delays that undermine the death penalty’s penological purpose. Perhaps as a result, (4) most places within the United States have abandoned its use.

I shall describe each of these considerations, emphasiz­ing changes that have occurred during the past four dec­ades. For it is those changes, taken together with my own 20 years of experience on this Court, that lead me to be­lieve that the death penalty, in and of itself, now likely constitutes a legally prohibited “cruel and unusual pun­ishmen[t].” U. S. Const., Amdt. 8.

[R]esearchers have found convincing evidence that, in the past three decades, innocent people have been executed.

[T]he evidence that the death penalty has been wrongly imposed (whether or not it was carried out), is striking. As of 2002, this Court used the word “disturb­ing” to describe the number of instances in which individ­uals had been sentenced to death but later exonerated. At that time, there was evidence of approximately 60 exonerations in capital cases….Since 2002, the number of exonerations in capital cases has risen to 115……Last year, in 2014, six death row inmates were exonerated based on actual innocence. All had been imprisoned for more than 30 years (and one for almost 40 years) at the time of their exonerations.

[T]he crimes at issue in capital cases are typically horren­dous murders, and thus accompanied by intense community pressure on police, prosecutors, and jurors to secure a conviction. This pressure creates a greater likelihood of convicting the wrong person.

[R]esearchers estimate that about 4% of those sentenced to death are actually innocent.

[B]etween 1973 and 1995, courts identified prejudicial errors in 68% of the capital cases before them.

This research and these figures are likely controversial. Full briefing would allow us to scrutinize them with more care. But, at a minimum, they suggest a serious problem of reliability. They suggest that there are too many in­stances in which courts sentence defendants to death without complying with the necessary procedures; and they suggest that, in a significant number of cases, the death sentence is imposed on a person who did not commit the crime….Unlike 40 years ago, we now have plausible evidence of unreliability that (perhaps due to DNA evidence) is stronger than the evidence we had before. In sum, there is significantly more research-based evidence today indicating that courts sentence to death individuals who may well be actually innocent or whose convictions (in the law’s view) do not warrant the death penalty’s application.

The question raised by these examples (and the many more I could give but do not), as well as by the research to which I have referred, is the same question Justice Stew­art, Justice Powell, and others raised over the course of several decades: The imposition and implementation of the death penalty seems capricious, random, indeed, arbitrary. From a defendant’s perspective, to receive that sentence, and certainly to find it implemented, is the equivalent of being struck by lightning. How then can we reconcile the death penalty with the demands of a Constitution that first and foremost insists upon a rule of law?

[N]early all death penalty States keep death row inmates in isolation for 22 or more hours per day….This occurs even though the ABA has suggested that death row inmates be housed in conditions similar to the general population, and the United Nations Special Rapporteur on Torture has called for a global ban on solitary confinement longer than 15 days…  And it is well documented that such prolonged solitary confinement produces numerous deleterious harms. See, e.g., Haney, Mental Health Issues in Long-Term Solitary and “Supermax” Confinement, 49 Crime & Delinquency 124, 130 (2003) (cataloging studies finding that solitary confinement can cause prisoners to experience “anxiety, panic, rage, loss of control, paranoia, hallucinations, and self-mutilations,” among many other symptoms)

The dehumanizing effect of solitary confinement is aggravated by uncertainty as to whether a death sentence will in fact be carried out. In 1890, this Court recognized that, “when a prisoner sentenced by a court to death is confined in the penitentiary awaiting the execution of the sentence, one of the most horrible feelings to which he can be subjected during that time is the uncertainty during the whole of it.”… The Court was there describing a delay of a mere four weeks. In the past century and a quarter, little has changed in this respect— except for duration. Today we must describe delays measured, not in weeks, but in decades.

Sometimes the community believes that an execution could provide closure. Nevertheless, the delays and low probability of execution must play some role in any calculation that leads a community to insist on death as retribution. As I have already suggested, they may well attenuate the community’s interest in retribution to the point where it cannot by itself amount to a significant justification for the death penalty…. In any event, I believe that whatever interest in retribution might be served by the death penalty as currently administered, that interest can be served almost as well by a sentence of life in prison without parole (a sentence that every State now permits.

The upshot is that lengthy delays both aggravate the cruelty of the death penalty and undermine its jurisprudential rationale. And this Court has said that, if the death penalty does not fulfill the goals of deterrence or retribution, “it is nothing more than the purposeless and needless imposition of pain and suffering and hence an unconstitutional punishment.”

And that fact creates a dilemma: A death penalty sys­tem that seeks procedural fairness and reliability brings with it delays that severely aggravate the cruelty of capi­tal punishment and significantly undermine the rationale for imposing a sentence of death in the first place…(one of the primary causes of the delay is the States’ “failure to apply constitutionally sufficient procedures at the time of initial [conviction or] sentenc­ing”). But a death penalty system that minimizes delays would undermine the legal system’s efforts to secure relia­bility and procedural fairness.

In this world, or at least in this Nation, we can have a death penalty that at least arguably serves legitimate penological purposes or we can have a procedural system that at least arguably seeks reliability and fairness in the death penalty’s application. We cannot have both. And that simple fact, demonstrated convincingly over the past 40 years, strongly supports the claim that the death pen­alty violates the Eighth Amendment.

*   *   *
The Eighth Amendment forbids punishments that are cruel and unusual. Last year, in 2014, only seven States carried out an execution. Perhaps more importantly, in the last two decades, the imposition and implementation of the death penalty have increasingly become unusual.

[I]f we look to States, in more than 60% there is effectively no death penalty, in an additional 18% an execution is rare and unusual, and 6%, i.e., three States, account for 80% of all executions. If we look to population, about 66% of the Nation lives in a State that has not carried out an execution in the last three years. And if we look to counties, in 86% there is effectively no death penalty. It seems fair to say that it is now unusual to find capital punishment in the United States, at least when we consider the Nation as a whole.

I recognize a strong counterargument that favors consti­tutionality. We are a court. Why should we not leave the matter up to the people acting democratically through legislatures? The Constitution foresees a country that will make most important decisions democratically. Most nations that have abandoned the death penalty have done so through legislation, not judicial decision. And legisla­tors, unlike judges, are free to take account of matters such as monetary costs, which I do not claim are relevant here….

The answer is that the matters I have discussed, such as lack of reliability, the arbitrary application of a serious and irreversible punishment, individual suffering caused by long delays, and lack of penological purpose are quin­tessentially judicial matters. They concern the infliction— indeed the unfair, cruel, and unusual infliction—of a serious punishment upon an individual.

I believe it highly likely that the death penalty violates the Eighth Amendment. At the very least, the Court should call for full briefing on the basic question.